By Hemmycool (self media writer) | 1 year ago 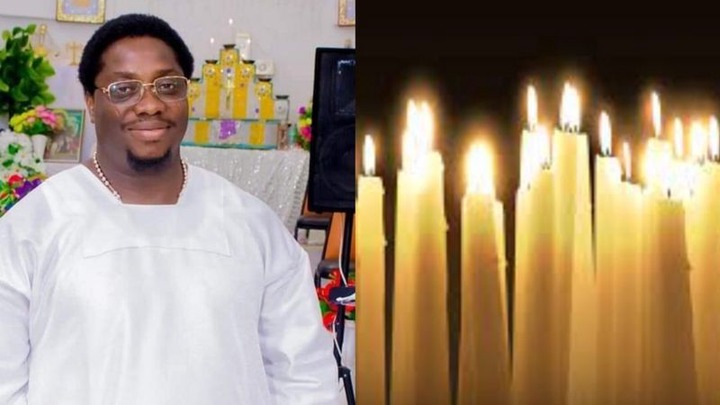 A Celestial Church of Christ branch in Lagos where Nigerian socialite, Kayode Badru had a fire accident has explained how the occurrence happened.

The news of the death of the Dubai based socialite was released on Sunday, days after the incident.

It happened on Monday 3 May, 2021 during a prayer service in a Celestial Church of Christ branch in Lagos.

One of the prominent Pastors of the church, Imolemitan Ojo said Kayode Badru was doing thanksgiving with seven candles before things got out of hand.

The pastor said, "Kayode Badru put light on the candles by himself on Monday evening.

"They later collected the candles from him and moved him away from them.

Prophet Ebony later sprayed perfume on his body and the perfume was not more than how its suppose to be."

"He wore a very light sutana-white Celestial Church uniform- and nobody know how fire caught his cloth."

Imolẹmitan added that "it wasn't up to seconds before the fire spread all over Kayode Badru. And people around there began to run up and down to fetch water to put out the fire.

"Immediately, he was taken to the hospital where his burns were treated. On Tuesday, I went to check on him and he was fine, he was even talking to people.

"On Wednesday, when I went to check on him, Kayode Badru told me that he has started eating. He ate Amala and he even drank juice and on Thursday, I received the news of his death."

Imolemitan confirmed that the police have arrested the Prophet involved and some other people who were at the Celestial Church of Christ when the incident happened.