By AhmadLRufa'i (self media writer) | 1 year ago

The bill is part of President Emmanuel Macron's long-term efforts to ensure the country's independence from any religion, through stricter rules on local schools and hate speech. 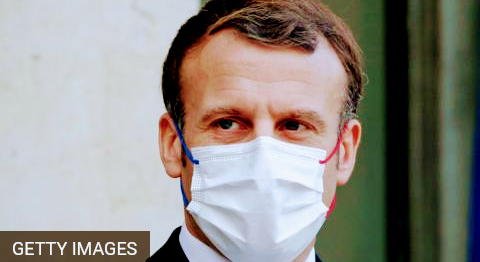 Critics in France and abroad have accused his government of using the law to attack religion.

But French Prime Minister Jean Castex called it a "protection law" that would free Muslims from the clutches of extremists.

He insisted that the law was not enacted because it affected a particular religion, especially Islam.

What does the law say?

The bill "in support of Republican principles" will tighten measures to curb hate speech on the Internet and prohibit the use of the Internet to disclose personal information about other people.

This is seen as a response to the beheading of teacher Samuel Paty in October.

Paty, 47, was killed by a extremist after showing his students a cartoon of the Prophet Muhammad (pbuh).

It will also strengthen the ban on polygamy by refusing to grant residency to multiple applicants.

Doctors may be fined or prohibited from performing virginity tests on girls.

There are new rules for dealing with money for Muslim groups and the need to sign the rules of the French Republic in order to raise funds.

The law prohibits officials from wearing religious clothing in the workplace for transport workers and workers in swimming pools and markets.

Muslims are under pressure to accept French culture

Why was the law introduced?

It has taken a long time to study this bill, but recent attacks by Islamist extremists have further strengthened the need for its enactment.

Paty's assassination was one of three attacks that angered France.

Three people were killed by a knife at Nice Church in October.

Two more people were stabbed and seriously injured in September in Paris near the former Charlie Hebdo magazine office, where Islamist militants carried out a deadly attack in 2015.

President Macron has been a staunch supporter of the Republic of France, including the country's position as a non-religious organization.

He described Islam as a "religion of conflict" and defended Charlie Hebdo's right to publish cartoons of the Prophet Mohammed.

France has about five million Muslims.

Content created and supplied by: AhmadLRufa'i (via Opera News )