Morality; The Western And The Islamic Perspectives.

Morality in the Islamic perspective.

The Western Conception Of Morality. 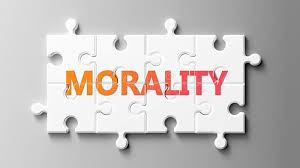 The term morality has been defined by many scholars and all the definitions has had a relationship with one another. The concept is more concerned with good or bad behavior of an individual. Morality is derived from the word "morals" i.e good or bad virtues, principles of right or wrong, teaching or illustrating good behavior etc.

According to the Oxford Advanced Learner's Dictionary (1995), it defines the term morality as "Principles concerning right and wrong or good and bad behavior". Siddiqui (1997) also defined morality as "The right or wrong of an action, a set of rules of conduct based on the principles of right conduct rather than on law or customs".

Another scholar George F.K in Diso (2011) defines morality as "The study of values in the realm of human conducts". 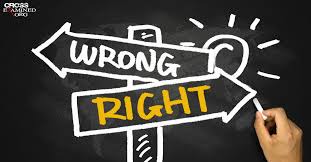 Looking at the above definitions, we can summerise it by saying that, morality or ethics deal with what is a good life and how we ought to behave.

The Islamic Conception Of Morality.

Islam as a religion also defines the concept of morality. Both the Qur'an and Sunnah define the concept of morality and at the same time discuss at length issues on moral conducts, pursuit of good life, principles of ethics, which all aimed at making an individual Muslim a good and Productive member of his community and benefit the individuals in his environment.

The prophet (SAW) was reported to have said: "The best of mankind is he who benefits others". We should not forget that the two major sources of informations in Islam are the Qur'an and the Sunnah of the prophet (SAW) which we are going to discuss them one after the other. To start with;

1.The Qur'anic Conception Of Morality. 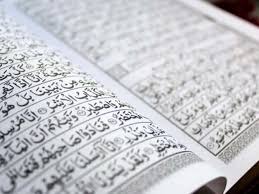 In the Glorious Qur'an chapter 2 verse 177, morality otherwise Known as righteousness is spoken up, Allah says:

"Righteousness (morality) is not that you turn your faces toward the east or the west, but [true] righteousness (morality) is [in] one who believes in Allah, the Last Day, the angels, the Book, and the prophets and gives wealth, in spite of love for it, to relatives, orphans, the needy, the traveler, those who ask [for help], and for freeing slaves; [and who] establishes prayer and gives zakah; [those who] fulfill their promise when they promise; and [those who] are patient in poverty and hardship and during battle. Those are the ones who have been true, and it is those who are the righteous".

In another verse, The Glorious Qur'an defines morality in the following ways:

"Worship Allah and associate nothing with Him, and to parents do good, and to relatives, orphans, the needy, the near neighbor, the neighbor farther away, the companion at your side, the traveler, and those whom your right hands possess. Indeed, Allah does not like those who are self-deluding and boastful".

Also, in suratul Luqman, morality or otherwise righteousness is been explained in Luqman's advice to his son as follows:

And [mention, O Muhammad], when Luqman said to his son while he was instructing him, "O my son, do not associate [anything] with Allah . Indeed, association [with him] is great injustice."

And We have enjoined upon man [care] for his parents. His mother carried him, [increasing her] in weakness upon weakness, and his weaning is in two years. Be grateful to Me and to your parents; to Me is the [final] destination." But if they endeavor to make you associate with Me that of which you have no knowledge, do not obey them but accompany them in [this] world with appropriate kindness and follow the way of those who turn back to Me [in repentance]. Then to Me will be your return, and I will inform you about what you used to do." [And Luqman said], "O my son, indeed if wrong should be the weight of a mustard seed and should be within a rock or [anywhere] in the heavens or in the earth, Allah will bring it forth. Indeed, Allah is Subtle and Acquainted." O my son, establish prayer, enjoin what is right, forbid what is wrong, and be patient over what befalls you. Indeed, [all] that is of the matters [requiring] determination." And do not turn your cheek [in contempt] toward people and do not walk through the earth exultantly. Indeed, Allah does not like everyone self-deluded and boastful." And be moderate in your pace and lower your voice; indeed, the most disagreeable of sounds is the voice of donkeys."

2. The Sunnah Conception Of Morality. 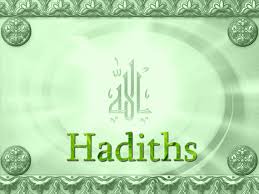 In a prophecy related by Imam Muslim from the authority of Nawwa bn Sanian (RA), prophet Muhammad (SAW) defined morality as: "Morality (virtue or righteousness) is goodness of character and immorality (vice) is woven on your mind and which you hate people to get to know".

A similar prophecy was mentioned in different words by Imam Ahmad bn Hanbal (RA) and Darimy from the authority of Wabisah bn Mu'abad (RA), the content is thus: " Morality (virtue or righteousness) is that about which the mind feels tranquility and the heart feels contentment. And immorality (vice) is what woven in your mind and pulsates in your breast".

Thus, the above conceptions aimed at the higher and noble character of man (Muslims and non-muslims) and failure to adhere may warrant the inability to distinguish the far reaching effects of the uncontrolled instincts and behavior. Hence there is a necessity for taking guidance and reasoning from any Islamic teachings. 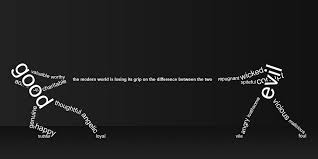 Finally, when we know that someone who is a righteous person cares about us, how we live, and succeed, we would turn to him with the same gesture and vice versa. We however tend to value one another's opinions and lives and live together in peace and harmony.

Feel free to share and do leave your comments below.

You can also follow me for more educative articles.

Content created and supplied by: AbuMu'awin20 (via Opera News )