Is Hope for Peace Fading?

By chimaone (self media writer) | 1 year ago

“Today we get the feeling that we are living . . . in the middle of a tornado, an unparalleled catastrophe.”—“La Repubblica” newspaper, Rome, Italy.

AFTER last year’s terrorist attacks in New York City and Washington, D.C., more people than ever before wonder about the future of humanity. The TV images showing the Twin Towers collapsing in flames—as well as those showing the desperation of the survivors—have been broadcast countless times. These images have brought anguish to people around the world. Along with that anguish has come a sense that the world has somehow undergone a historic change. Has it?

War broke out in the wake of September 11, 2001. Soon, nations that had previously been hostile toward one another became allies in joint efforts to repress terrorism. All told, the toll of death and destruction has been high. But perhaps a more significant change for many people worldwide has been the loss of a sense of security, the increasing feeling that no one, anywhere, is truly safe. 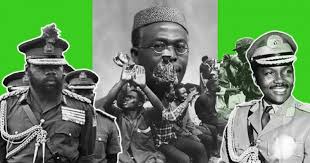 World leaders find themselves facing enormous problems. Journalists and commentators wonder how terrorism can be prevented from spreading like wildfire, since it appears to be fueled by poverty and fanaticism—ills that no one seems to know how to cure. Injustice is so widespread in the world that every ingredient is present for a highly explosive state of affairs. People of all kinds wonder whether society’s ills will ever be eliminated. Will war—with all the misery, death, and ruin it brings—ever end?

Millions of people turn to organized religion with these questions. Others, though, are more skeptical. What about you? Do you think that religious leaders can answer such questions? And can they actually contribute to peace by their prayers?

Who Will Bring Lasting Peace?

WHY has God not answered the prayers for peace uttered by the leaders of the world’s various religions? The Bible has a fascinating answer. It is not that God has no interest in peace—he has a far stronger desire for peace than do the clergymen praying on the subject. In fact, God has already made definite arrangements to bring about world peace. He has already taken decisive steps toward that goal. He has clearly communicated his intentions to mankind. Tragically, however, the world’s religions largely ignore what God has stated.

God long ago promised a “seed,” a ruler, whom the Bible progressively describes, providing more and more information regarding his identity. (Genesis 3:15; 22:18; 49:10) The prophet Isaiah, known for his extraordinary Messianic prophecies, wrote that this foretold Leader would become “Prince of Peace” over the earth and that under his rule, there would be ‘no end to peace.’ (Isaiah 9:6, 7) As a heavenly Ruler, he will intervene to destroy wickedness and to transform the earth into a paradise, with no more injustice, sickness, poverty, or death. Peace and eternal life will prevail. (Psalm 72:3, 7, 16; Isaiah 33:24; 35:5, 6; Daniel 2:44; Revelation 21:4) When will this happen?

World Peace Near at Hand

Jesus told his disciples that the end of this wicked system of things and the beginning of a new human society would be preceded by a remarkable set of world-shaking events, which would occur together during the same era. (Matthew 24:3, 7-13) Many of these events—wars, food shortages, earthquakes, to cite just a few—have arisen from time to time in every era. Never, though, have they plagued mankind all at once and on a global scale as they have in our era. And the effects of such calamities are far more disastrous than they once were because the earth is more densely populated.

Another event predicted by the Bible is the ongoing destruction of the environment by mankind. (Revelation 11:18) What is more, before the foretold end, a worldwide warning work is to be accomplished, the preaching of the “good news of the kingdom.” Today Jehovah’s Witnesses are carrying out that work worldwide.—Matthew 24:14.

The fulfillment of those prophecies means good news for faithful mankind. A prophesied new world of total peace is at hand! That will guarantee the complete and final disappearance of hate and terrorism. The Bible explains: “They will not do any harm or cause any ruin in all my holy mountain; because the earth will certainly be filled with the knowledge of Jehovah as the waters are covering the very sea.”—Isaiah 11:9.

Prayers to Which God Listens

Praying to God is by no means a futile act or an empty ceremony. In the Bible, Jehovah is called the “Hearer of prayer.” (Psalm 65:2) So at any given moment, he is listening to untold numbers of prayers uttered by sincere people on earth. Are there requirements, though, that must be met for prayers to be heard? The Bible suggests that honesthearted people who learn Bible truths about God need to respond to these, becoming “true worshipers,” who worship him “with spirit and truth.” (John 4:23) The prayers of those who do not respect his wishes are not granted: “He that is turning his ear away from hearing [God’s] law—even his prayer is something detestable.”—Proverbs 28:9.

Tragically, many religious leaders today neither teach nor pray about God’s purpose to bring about peace. Rather, they pray for human governments to solve such problems, when God’s Word plainly says that “it does not belong to man who is walking even to direct his step.”—Jeremiah 10:23.

It was prophesied that “in the final part of the days,” in our era, lovers of peace would flow to the symbolic “mountain of the house of Jehovah”—that is, to true worship. Such ones would make great changes in their lives: “They will have to beat their swords into plowshares and their spears into pruning shears. Nation will not lift up sword against nation, neither will they learn war anymore.”—Isaiah 2:2-4.

Is any group of worshipers today trying to live up to those words? Or do all religions simply talk about peace while promoting warfare? The next time you meet Jehovah’s Witnesses, you are invited to discuss the subject of peace with them and learn which religion educates people to be peaceable with all.

Content created and supplied by: chimaone (via Opera News )