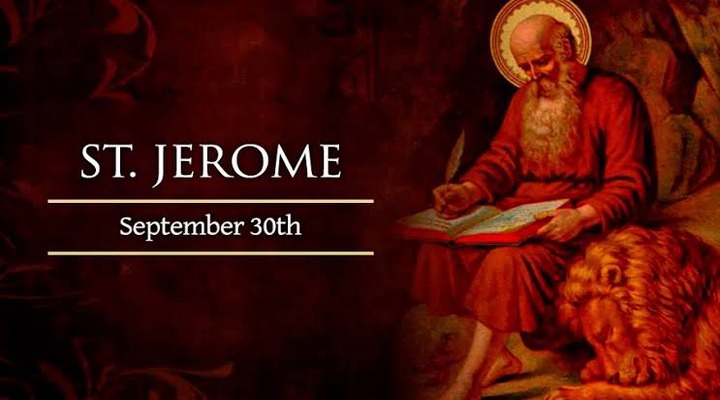 St Jerome was born in a place known as Dalmatia in the year 340 into a wealthy Christian family. When he was 20 years old, he was sent to Rome for studies and he was able to learn latin and Greek. He took a tour through out Europe with one of his friends and he eventually later became a monk. He later joined a community of monks in 370 and that was were he met some friends and enemies.

Later on, the monastic community was abolished and he travelled to Syrian desert and he lived the life of a hermit. He began to study Hebrew although he hated the language but he studied it in order to distract himself from sexual desires. When he was 40 years old, he was ordained as a priest and he later travelled to Constantinople and that was where he met saint Gregory of Nezianzus. While in Constantinople, he became a secretary to Pope Damascus. Pope Damascus was responsible for commissioning his Vulgate and he wrote it for 30 years. His criticisms of many intellectual opponents made him an enemy to many people of the church so he had to flee Rome. He later travelled to Bethlehem where he built a Monastery and started living there for the rest of his life. He prayed, studied and lived his life in asceticism. He died in the year 420. He is the patron saint of Bible scholars, school children, archeologists and translators. The Catholic Church, the Orthodox Church, Lutheran Church and Anglican Church recognize him as both a saint and doctor of the Church.