Two factors that led to the holy war in the 11th century.

This war is known by both Muslims and Christians as the holy war, it is also known as the Crusade Saladin war. This war stretched from the 10 the century AD to 12th century. Historians speak of it as the begining of how religion shaped the world politics at that time. This war is said to have started in the medieval era. In this article, we would be taking a look at two major factors that prompted the war to happen.

1) The Crusades: these crusades consisted of a large great army. It was created by Pope Urban II with the intention of winning back the holy lands of Israel from the hands of the Muslims. At that era, the Arabians began to dominate some of the major strong holds of Christianity, as a result of this, the holy lands of Israel were lost to the Muslims so the Pope created the crusades with the intention of bringing the Christian holy sites under the control of the Christiandom. The Pope became determined to bring the back those holy territories under the control of Christians and Jews and as a result, the fight began. They had the intention to right the wrongs done to tbe Christian world. 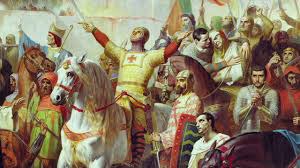 2) The medieval world order: the middle East was still considered as part of Rome, Saladin began his conquest and this was seen as a threat to both the political and religious influence if the Roman empire, as a result of this, the Pope saw it as his duty to capture back those territories seized by Saladin the Arabians warlord.

What do you have to say about this great wars that happened.