By Osamezu | self meida writer
Published 4 days ago - 0 views

An alarming trend in the 21st Century church is the accepted absence of signs, wonders, miracles and healing. Many people believe in but simply have not seen the spiritual manifestations of God. The result is an uncertainty and a lack of confidence in the operation of spiritual gifts and faith. The absence of manifestation makes it difficult to have absolute trust in God’s present ability to do anything. Men and women are hesitant to step out and “take chances” on God because they have never seen or experienced God under such circumstances.

This weakens the effect of the Word because the one speaking does not have true faith in its ability. The same Jesus who did not many mighty works in His home country due to their unbelief (Matthew 13:58) will not do many works in your life and church for the same reason.

The more unfamiliar we become with spiritual and miraculous manifestations of God the more humanistic we become in our understanding of Him. I am astounded as I listen to preachers who have little to no understanding or experience in spiritual things. They make excuses and deny the power and authority of God without realizing it. They belittle as weird those who have experiences. His Word becomes a lifeless book that has no power.

It is time for this to change! The weakening of God’s Word cannot be acceptable under any circumstances. He is a miraculous and unlimited God right now!

Jesus said in Mark 16:17 that, “these signs shall follow them that believe”. This has never changed. The signs still follow. If the signs are not following you need to examine your walk with God. Signs do still follow believers.

20 And they went forth, and preached everywhere, the Lord working with them, and confirming the word with signs following. Amen.

I want to accentuate the “amen” by declaring that these things still occur in abundance. They still follow true believers. A true believer is not merely someone who believes true doctrine, but one who practices true Christian behavior and faith. Faith without works is dead according to James 2:20, 26.

Many Christians limit their relationship to God to their time at church. However, in Mark 16:15 Jesus tells us to go throughout the world preaching the gospel to every one everywhere. Those who do that will see things happen. They will have testimonies. I have my thousands. You can also if you want them. Signs follow our actions of faith. They do not lead the way, but they follow after us.

My brother Alan is an evangelist from San Antonio, Texas. He is an example of someone who has had signs and wonders follow him. The following is one of many such true stories.

As teenagers, Alan and I both worked Murrell’s Corner. It was a full service gas station on the corner of Kenneth and Elgie Streets in Beaumont, Texas. An amazing series of events took place there over the course of three days during the drought of a hot summer.

Alan’s born-again experience was very real. In his zeal he had witnessed to Murrell, who promptly dismissed Alan as a certified idiot. Murrell was a deacon in his church, and evidently he felt like he had God all figured out. He mocked Alan and told him that tongues were only for the apostles and that it didn’t happen any more.

June of 1968 was a hot and dry month. It had been over 100 degrees for days and there had been no rain. One day Murrell walked out of his air-conditioned barber shop and talked about the weather and how hot it was. Then he said, “Alan, you speak in tongues, and you say you have these two-way conversations with God. Why don’t you speak to God and tell Him to make it rain!” He then returned to his barbershop in laughter. Unknown to Murrell, Alan began to pray. Later Alan walked into the barbershop and said,“Murrell, I have a word from God for you. God told me to tell you that it is going to rain at 2:30 PM. When it rains you will know God did it. He wants to reveal Himself to you.”

Murrell laughed at him. “You have a word from God for me?” he said. “Get back to work Alan. You are being ridiculous. God doesn’t do that sort of thing.”

Later Alan went into the barbershop again. “I have another Word from the Lord for you. God wants you to believe Him, so at exactly 2:30 tomorrow it will rain again.” On the second day at exactly 2:30 a dark cloud came over Murrell’s Corner and it rained again. Murrell still refused to believe it was God. Again Alan prayed and returned to the barbershop with a third message. “It will rain again tomorrow at 2:30 PM.”

On the third day Murrell was antsy. He came out multiple times and looked in the sky and made mocking comments. Alan told him to wait until 2:30 PM. Again, for the third day in a row, at exactly 2:30 it rained on Murrell’s Corner. Murrell then admitted it was a huge coincidence, but he still refused to believe God had anything to do with the rain. Later he came out of the barbershop and he said to Alan, “If you will pray one more time and ask God to make it rain just one more day at exactly 2:30, then I might just believe God had anything to do with it.”

Alan prayed again and returned to the barbershop. “Well, did God tell you it is going to rain again,” Murrell asked?To this question Alan replied, “No Murrell. God is not pleased at your hardened heart. God told me to tell you He would not make it rain the fourth day. He will not force you to believe.”

How About Your Faith?

Are you like Murrell was? Is faith difficult for you? In spite of anything He has ever done do you still find it difficult to trust God?

Or, are you like Alan was? Would you have told your employer that God gave you a Word for him and that word is that it is going to rain at a specific time?

Most people aren’t like Alan, and therefore most never see the mighty works of God. It is easier to simply say things like that happen than it is to be the one God uses to work through. As for me, I believe that if Alan had not yielded and allowed God to use him it would not have rained on any of those three consecutive days at 2:30 PM. No one would have ever known the difference.

If Elijah had not been convinced of rain he would never have sent his servant to look for an approaching cloud. God still needs someone to be an Elijah. Could the next one be you?

Many people limit their faith in God because they are thinking of themselves. They are concerned about what others might think of them if things don’t happen like they said. They are afraid they will step out on a limb and nothing will happen. An essential element in being used of God is to quit thinking and simply respond by faith. When you pause to think you override faith.

This is not about you. This is about God. God doesn’t want you to do His part for Him. You can’t do God’s part for Him. He knows you can’t save or heal without Him doing His part. God searches for people who will trust Him enough to obey and leave the results to God.

He Is Still The Same

Jesus Christ is the same yesterday, and to day, and forever. He is still the Savior, healer, and deliverer.

The people that know Him shall be strong and do exploits (Daniel 11:28).

Few things will renew your faith and excitement like a fresh testimony of personal faith. There is everything to gain and nothing to lose. In eternity God will never scold and say,“That was foolish of you to trust me. You really put me on the spot by testifying of my ability like that.”

My brother Alan discovered that God could answer a teenager’s prayer and make it rain on his corner. This opened the door to many other similar faith building testimonials that followed. God wants to do great things through your faith as well.

I encourage you to earnestly contend for the faith that was once delivered unto the saints (Jude3). Signs still do follow true believers. 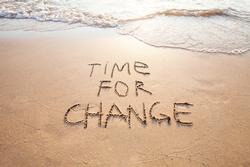 etisalat nigeria europa league round of 16 npower news update today on salary peplum tops ankara the full meaning of
Opera News is a free to use platform and the views and opinions expressed herein are solely those of the author and do not represent, reflect or express the views of Opera News. Any/all written content and images displayed are provided by the blogger/author, appear herein as submitted by the blogger/author and are unedited by Opera News. Opera News does not consent to nor does it condone the posting of any content that violates the rights (including the copyrights) of any third party, nor content that may malign, inter alia, any religion, ethnic group, organization, gender, company, or individual. Opera News furthermore does not condone the use of our platform for the purposes encouraging/endorsing hate speech, violation of human rights and/or utterances of a defamatory nature. If the content contained herein violates any of your rights, including those of copyright, and/or violates any the above mentioned factors, you are requested to immediately notify us using via the following email address operanews-external(at)opera.com and/or report the article using the available reporting functionality built into our Platform 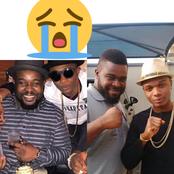 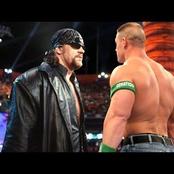 What We Noticed After Nengi Shared This Throw Back Photo 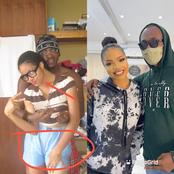 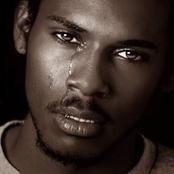 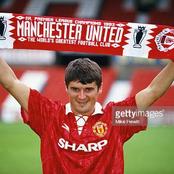 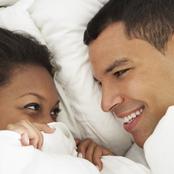 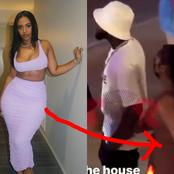 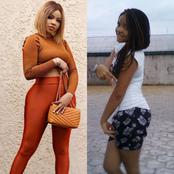 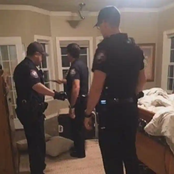 Funny Video: See What Happened To This Man And Woman Who Were Dancing Together On A Window 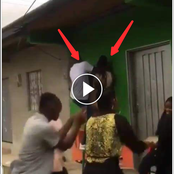