What You Need To Know About The First King That Ruled The East And The West Of The Earth.

By ZahraOthman19 (self media writer) | 2 years ago

The people of the Book (the Jews) used to ask the prophet (s.a.w) about certain events they usually had some information about,in their Book,in order to test whether he was a prophet or not. They asked him about Dhul-Qarnain and Almighty Allah informed him about the righteous man in the below mentioned Qur'anic verse:

"And they ask you about Dhul-Qarnain,say: 'I will recite to you an account of him. ' Surely We established him in the land and granted him means of access to everything."

Dhul-Qarnain was not a prophet. He was the first King to rule the east and west of the earth, few generations following the great flood of prophet Noah(a.s). He was called Dhul-Qarnain because he ruled for two centuries (Qarn in Arabic language means one hundred years). He also fixed his long hair on the top of his head in two braids, like horns. He was a very righteous man, a worshipper of the One Lord (Almighty Allah). 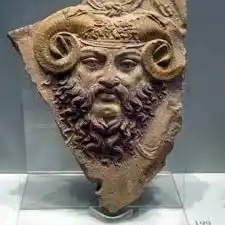 Allah entrusted him with great talents and strength. He could even overpower the wildest beast. Allah ordered him to spread justice in the lands east and west. The Holy Quran says:"So he followed a course. Until when he reached the place where the sun sets,he found it going down into a Black Sea, and found by it a people. We said:'O, Dhul-Qarnain! either give them a chastisement or do them a benefit' " (The cave: verses 85-86).

Dhul-Qarnain said, "I'll punish the unjust one so he will be punished by his Lord. I'Ii give the good doers the best reward."

Dhul-Qarnain then set out towards the east. He continued his journey to the east and came to a place between two mountains. He saw some people who said to him, "O, Dhul-Qarnain, our neighbors attacks us and destroy our farms and steal our property. Can you raise a barrier between us and them? We are ready to pay you. "

Dhul-Qarnain refuse to take the any money from them. He said,"What my Lord has established for me is better, therefore only help me with workers. " He melted bars of iron with molten brass and filled the space between the two mountains. The Holy Quran says,"So they were not able to scale it nor could they make a hole in it. He said, 'This is the mercy of my Lord, but when the promise of my Lord comes to pass He will make it level with the ground, and promise of my Lord is ever true.' " (The cave: verses 97-98) He was of the 4th generation after prophet Noah (a.s). Despite his great might,he never considered his achievements as of his own efforts, but rather of his creator, Allah the Almighty, and wherever he went he set up a just community that worshipped Allah, the Exalted.

Content created and supplied by: ZahraOthman19 (via Opera News )