Three unclear facts Islam has proven to be true. 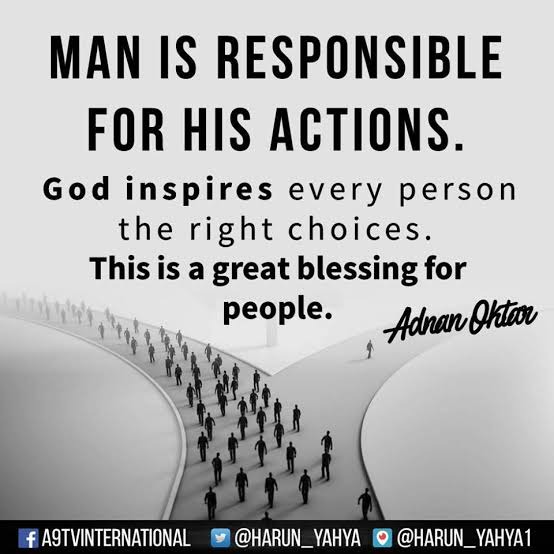 Islam is a religion where everything done in it is based on proofs. From the prayers to how to do different things, even how to urinate.

Today we're going to be looking at how a young Islamic student proved three of the most confusing topics: that Allah cannot be seen, that Satan (devil) will be thrown in the pit of hell and that man is responsible for his actions.

Abu Hanifa was once teaching Islamic beliefs to his students. He was arguing and challenging the validity of some of the statements which had been proclaimed by Imam Ja'far al-Sadiq (a) Bahlool happened to be present as well. Abu Hanifa proclaimed that he could not agree with the three understated statements as made by the Imam.

The first one was that “Allah can never be seen.” According to Abu Hanifa it was impossible for a thing to exist and yet be invisible!

The second things that the Imam had stated was that “Satan (devil) will be thrown in the inferno of Hell which will scorch him bitterly.” Abu Hanifa argued: “How was it possible for fire to hurt 'fire', the fact that Satan was created from fire itself!”

The third statement of the Imam was that “Man alone is responsible for his actions and Allah - the most powerful - has nothing to do with his actions.” “How is it possible, when Allah alone guides the destiny of man without Whose will nothing can happen?” This was Abu Hanifa's third challenge.

As soon as the speaker, Abu Hanifa, had made these three criticisms, Bahlool got up, took a piece of brick and aiming at Hanifa, let it go and cracked Abu Hanifa head.

Bahlool was caught and taken before the Caliph for punishment. In his defence, he pleaded that he had done nothing else except reply to the three criticisms which Abu Hanifa had made against the Imam.

The Caliph asked him to explain as to how and why he chose to reply by hitting and injuring Abu Hanifa. Bahlool said, “This man claims that if God is there, then he must be seen. He is now complaining of pain in his head due to the brick having hurt him. If the pain is definitely there, can he show me where it is? Well! just as pain can be there without being seen Allah also exists without being seen.”

“Secondly, he says that fire cannot burn fire. It is a fact that man is made out of clay and this brick with which I hit his head is also made out of clay, if clay can inflict pain and hurt clay, why can't fire do the same to fire?”

Everyone in the court was stunned at this and Abu Hanifa was dumb founded - having nothing to say. So Bahlool was released without any punishment.

Thus, while some Muslim sects believe that Allah can be seen, perhaps on the Day of Judgement, the Shia Muslims say that Allah is the creator of everything; He was not created and as such he has no body like us that can be seen. If we can still believe in unseen things like air, electricity and human soul, why can't we believe in the unseen God?

If we are responsible for our actions and are to be punished or rewarded accordingly, then it is only fair and just that Allah should not manipulate or compel us to do things but leave us alone to act the way we see it fit, and be answerable for those actions ourselves.

10 Things Colonel Gaddafi did That The Media Didn't Talk About.

History: How the Catholic Church helped Christianity in the medieval and ancient times.

ISIS and Al-qaeda planning to penetrate Southern Nigeria, US warns