Understanding how to Hear Voice of God

By AdikwuEdache (self media writer) | 2 years ago 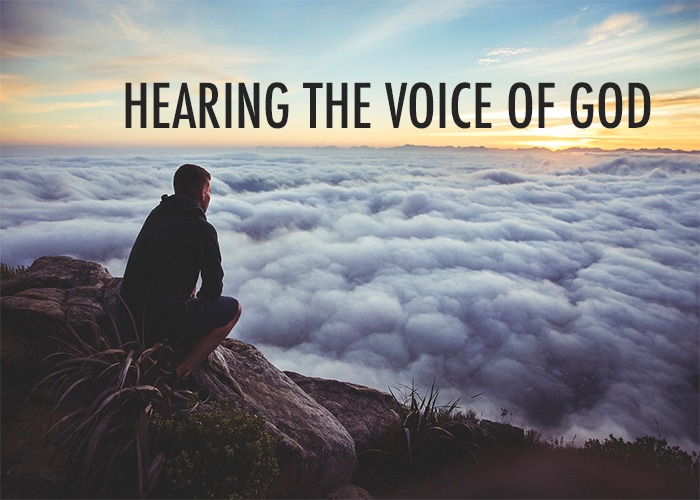 Communication is the life-giving blood that sustains all relationships. Without blood, the body dies; without communication, relationships die. When we communicate, we listen with our hearts to the one who is speaking and then respond. To know and recognize a person's voice, you must spend time with that person.

After 43 years of marriage, I have spent so much time with Floyd that I can usually read his body language before he opens his mouth to speak. I know Floyd's voice; I also know his ways. For example, when Floyd is going to broach a serious subject with me, he swallows three times. When he's irritated, my name is stretched over a long Texan pause...Beetthhhhh—this prepares me for what's coming next. I can identify his footsteps before he even enters the room. And the way he fluffs his pillow at night tells me we need to talk. Yes, I know Floyd.

Similarly, we can know God. We know Him through the person of the Holy Spirit. We learn His voice by spending time in prayer, and we learn His ways by studying His Word. We are never too young or too old to know God.

When my grandson Christopher was small, I would spend time talking to him about the Holy Spirit and how the Holy Spirit lives within him. One day after returning from a trip to Germany, I picked up Christopher and took him with me to run some errands. When we arrived at my office, the secretary gave him some chewing gum; then we stopped at the travel agency, and the travel agent gave him some candy. As we crossed the parking lot, I noticed his little cheeks were so stuffed with goodies that he looked like a chipmunk storing up for winter.

It was a scorching summer day and the Texas sun had turned my borrowed car into a slow baking oven. As I began to fasten Christopher into his seat, I realized that not only had all the candy been consumed, but all evidence of the gum had also disappeared. I thought Oh no, I hope he didn't leave that gum on the seat of my dear friend's new car!

I asked, "Christopher, what happened to your chewing gum?"

And again I responded, "No, Christopher. I don't know. What did you do with that gum?"

"I swallowed it!" he exclaimed.

He innocently explained, "You see, Nonnie, Jesus lives inside of me and He wanted to chew it for a while. You know, Nonnie, sometimes He talks, sometimes He sings, and sometimes He just wants to chew gum!"

God Is Not a Silent Friend

God wants to speak to you personally; He wants you to hear His voice (see John 10:3-5). Drawing near to the Lord opens the door for Him to fellowship and communicate with you. His desire is to teach you (see Ps. 32:8). lead you into the truth, and show you things to come (see John 16:13-15).

The Lord speaks to you through the person of the Holy Spirit (see Ezek. 36:27; John 14:16.17). Jesus calls Him the Counselor (see Isa. 9:6; John 14:16,17; 2 Tim. 3:16). The word "counselor" comes from the Greek word parakletos, which literally means "one called alongside to help." It also means "comforter, strengthener, helper, advisor, advocate, intercessor, ally and friend." You need not be afraid to trust the voice of the Holy Spirit; He never moves outside of the character of the Lord and is always in harmony with the Word of God. He is your friend who is called to walk beside you and communicate with you. His is not a silent friendship (see Pss. 28:1; 37:3; John 12:49; 14:26).

Content created and supplied by: AdikwuEdache (via Opera News )