Remembering Rev. Teddy Parker: The Pastor That Took His Own Life. 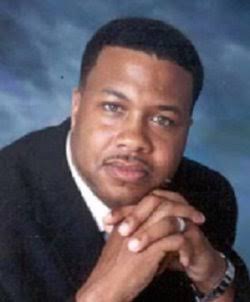 In the past couple of years we've seen preachers: men who brought hope and salvation to the hopeless give up on themselves and on God and then take their own lives.

One of such men was Rev. Teddy Parker of the Mount Zion Baptist Church in Georgia.

Earlier in the day he had asked his wife and two daughters to go to church, saying he'd join them later.

It was Sunday morning and he was supposed yo preach. But when he didn't show up his wife went in search of him.

She found him in his car and he was dead. He still had the gun he used to shoot himself. Only God can truly comprehend what the wife must have felt, to see her husband and father of her children dead by his own hand.

A close friend of the late Rev. Parker, who delivered the eulogy said he didn't know the struggle was so real to have made his friend decide to bow out through suicide.

People close to Rev. Parker said he was struggling with bipolar disorder and other health issues.

He spoke about his faith being shaken and wondered if God was truly with him.

In one of the last messages he preached before he died he said sometimes he felt like praying but he didn't think God was listening. And he tried to serve but he didn't really believe God was using him.

Anyone who paid real attention to those words would know Rev. Parker was going through a faith crisis and was unsure of where he was and where he was going. But he decided not to show it.

Many Christians believe pastors are not expected to show any weakness. And so Rev. Teddy Parker could not hide his weaknesses any longer and decided to take his life.

It was said that about a month before he died, Rev. Parker stopped a young man from suicide. He told the young man he had a friend in him and should always reach out if need arose. There was so much to live for, he surmised.

Sadly, Rev. Teddy Parker did not heed his own advise.

Life is tough, in spite of all the Word of Faith brand of Christians we have these days. The struggle is real. Jesus never promised an easy life. If you listen too much to what some preachers and even Christians say, you'll feel life has been most unfair to you.

People are hurting and silently crying for help. They don't want to open up so as not to appear weak. They wish someone who truly cares will notice and tell them they have a shoulder to lean on.

But when no one reaches out and the emptiness continues; they decide to end it. They are tired of feeling like a burden even to themselves.

Be a friend to someone. True Christianity is not all about praying for our enemies to die and all that but to love one another.

In your church assembly are you an asset or liability? Do you pull down with your words or build?

How often do you pray for your leaders in church? In case you don't know they need your prayers as much as you need theirs.

And for church leaders, remember you're not a Spirit. You're a human being and your body have needs that cannot be met by engaging in spiritual activities. Face your reality and ask for help.

Ministry is God's work and not yours. Don't appear tough, while dying inside.

May God strengthen His Church with wisdom and boldness to know and do the right thing always.