By IniMorgan (self media writer) | 26 days ago 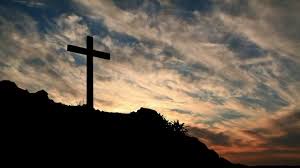 I have followed some contributions to the discussion on Partor WF Kumuyi and his limousine ride in Abuja. The contrasting opinions around the opulence seemingly displayed, not particularly by the person of Pastor William Folorunsho Kumuyi (WFK) himself, but by his Ministry and Church, which, at inception, stood firmly for a thrift lifestyle, rejecting opulence in whatever way, has attracted some some trending criticisms on social media platforms by the day, offering this opinion the need to ventilate the subject matter.

However, change is a permanent thing: trends in lifestyles have emerged over the years, and varying cultures and traditions have, themselves, changed. People no longer travel on camels via the Arabian Peninsula into the Middle East, as it was traditional to do in the earlier 90s. Chariots and horses have also given ways to emerging transport technologies. Should the lifestyle tastes of WF Kumuyi and his Church not also change in response to changing trends? Change is truly a human phenomenon that cannot be helped, but which must be embraced in its time, in spite of what held in the past.

Nevertheless, I have observed that those who criticise the change in the doctrinal ideology of the Deeper Christian Life Ministry, in essence, the Deeper Life Bible Church particularly, a Church where I was a guest-attendant for several months with the Sabon Gari Assembly in Zaria, Kaduna State, are fellow Christians. This divergence in views and opinions is understood on the basis of one misadventure which this opinion seeks to vehemently discuss in this article.

I have noticed that the Christian communities around the world are divided by the social ills of denominationalism, and leaders of denominations have, by their creations, ruled and divided Christians on the principles they established for themselves and the Churches they found. This is what is clearly demonstrated by the need to criticise WFK by Chrstians themselves: this is clearly the competition the social ills of denominationalism engenders, sensing the values Jesus Christ stood for.

The competition in seeking buildings and naming them as the Church, has entailed such criticism as we have observed, and Jesus was aware of this occurrences before it came to pass. That was why he made it explicitly clear that he will be the one to "build" his "Church" - the body of believers, upon which assurance he reiterated that "the gates of hell shall not prevail against it (the building of his Church by himself)". Jesus has never been interested in choosing "many", as Church leaders desire today, marked by their urge to break down old buildings to build bigger ones. Jesus said it plainly, that "many shall be called, but few shall be chosen".

Has anyone asked, or sought to find out where on this earth "the gates of hell" that seeks to prevail against the building the Church by Jesus could be found? I have, and I have seen these gates all over the places I have been, and how they attempt, so well, to prevail against Jesus building his Church. These gates leads into the observation of the "abominations of desolation" that "stand in the Holy Place", as Jesus pointed out in Matthew 24:15, and they are all over the place.

As a revelation of this knowledge, let us remember what Jesus said about the very building, he called "house" - the replica of the very one upon which God deposited his glory on earth, which was built by King Solomon, and which location bore that glory, the location where, today, is in dispute for ownership between the 2 major, and the dominant religions of this world - which Jesus used to represent every building (house) exemplifying by it in Matthew 23:38, how Jesus cursed that building, saying "your house is left to you desolate..."? It was the abomination of that desolation that he revealed in Matthew 24.15. Every building, therefore, built (occupied) for the purpose of the habitation of God, echoes that curse and stands desolate.

Every man who "stands" behind a pulpit, in such buildings, stands in "the Holy Place" as "the abomination" that depicts "the desolation" that Jesus revealed. It is the resurrection of what has been cursed, when Jesus "departed" (removed himself) from the Temple building in Jerusalem (Matthew 24:1). The Glory of that building was pointed to him by his disciples, and hear what he said in Matthew 24:2: "see you not these things (the glory)...there shall not be left a stone upon another (on the building) that shall not be thrown down", and went on to say "when you therefore shall see..." (Matthew 24:15). Have we seen...? Have we cared to observed? 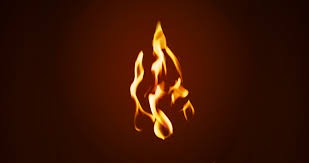 And Jesus made it very explicit that when he speaks, he speaks in Parables so that they who hear may not understand, but that it is given unto unto his chosen ones to understand. Who are his chosen ones today? Are you among them? I have discovered that I am among them, because I have seen through the words of Jesus, not seeking outwards identifications of scriptures, but an inward revelation of scriptures by the outward manifestations of what it says.

This is why I, Ini Akpan Morgan, talk like this, like no other human being does, when I discuss scriptures. I depart from what is conventional, and reveal what has never been revealed in this life because I read scriptures with a determination to understand what they say.

Therefore take it or leave it: every building built in concrete and mortar, in the name of Jesus, represents the desolation that Jesus departed from. And every door into such building is a "gate into hell". No one can build again what the Lord has desolated, and prophesied its demolition, which was fulfilled in 70AD by the Romans - forever removing concrete buildings as the place of worship (John 4:18-24).

Jesus builds his Church using the body and minds of his followers. Christians/believers are the building blocks for his Church. We are "living stones", we are "living sacrifices". If I am wrong let him who would contest this revelation contest it now, and if there is no one, then I order the silence from the Lord. 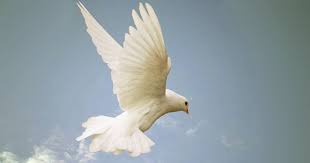 Let us depart from what we have accepted as the traditions of our fathers. We were born into Church-going, and if truth must set us free, let us grow up from what we inherited into seeking better things we will leave behind for those who would come after us.

The division in the Church did not start today. It started right from the onset of the Church era. It will still be, and we must all be guided. Accept Jesus and see yourself as a member of his body, make yourself available, and be a part of taking Jesus into your communities, as the light that illuminates our dark world, and as the salt to preserve it from decadence.

We should all ask ourselves how riding in a limousine or owning a private jet helps the darkness and decadence we all find around us. Is the division and criticisms we find in the body of Christ healthy? Should it be promoted? How is Church-going helping to solve the prevalence of transgender goals the world is fast embracing?

How is the Church in Nigeria helping the Satanic take over of our economy and polity? Does Nigeria look like a place that we have God in it? "If the people that are called by my name shall humble themselves, fast and pray..." Who are these people? Will you be counted among those saved by Grace? Ask yourself, and allow WF Kumuyi and his Church make their own choices, even if it is riding in a limousine, it should not be your business.

EPL TITLE RACE: Chelsea Next 4 Matches, That Will Make Them Unbeatean And Top Of The Table (PHOTOS)