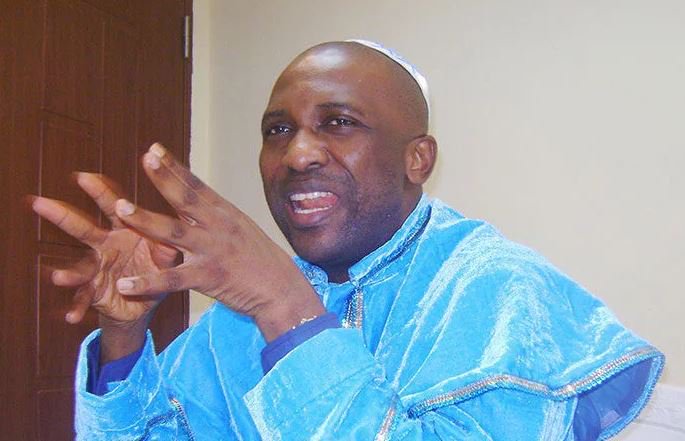 The leader of INRI Evangelical Spiritual Church, Primate Elijah Ayodele, has berated Prophet T.B. Joshua and Pastor Sam Adeyemi over their refusal to back the reopening of churches.

Naija News recalls that the Federal Government had on Monday lifted the ban on Churches and Mosques across the country.

Reacting to the directive, Prophet T.B. Joshua stated that despite the announcement from the government, he will only open his own church when he “hears from God” to do so.

According to the pastor, he received a “revelation” from God about the church’s initial closure and won’t reopen until he receives express instruction to do so.

“Viewers, that same God we are waiting to hear from on when to reopen – when things will go back to normal – as usual,” Joshua said in a statement released to his official social media channels.

“God’s time is the best. We are waiting at His feet for that time. We are tarrying for the Holy Spirit’s instruction,” he continued, calling on his followers to “pray without ceasing”.

Also, Pastor Sam Adeyemi had on numerous occasions backed the lockdown of religious places to curb the spread of coronavirus (COVID-19).

In a statement he signed and released to newsmen, Primate Ayodele said it was impossible for God to request that his house be closed down due to a virus that is powerless in God’s presence.

He said: ‘’I’m disappointed in pastors like TB Joshua, Sam Adeyemi and others who say they are waiting on God to tell them when to open churches, It’s a lie, God can’t say you should shut the church down, even if you claimed to have seen a vision, you need to ask for preventive measures. TB Joshua said he has seen it before that churches were asked to be closed. God can never ask anyone to stop his work but pastors are using COVID-19 to lie.

“Everyone is waiting for God’s guidance truly but some of them are lying about it. God will definitely punish pastors using his name to lie during this period.

“Pastors didn’t advise government well. Lots of people are dying due to spiritual sickness, a disease higher than COVID-19. I don’t blame Anglican churches, CAN Chairman in Lagos, and CAN President, because they are blind spiritually. I don’t blame Governor Sanwo-Olu for saying churches in Lagos won’t open, it is due to the advice of pastors.

“TB Joshua’s words look strange. I’m not sure he was the one that said it but if truly he is the one, he has berated his spiritual prowess. You claim you can heal and do all sorts, why not open church and let us pray.

“It wasn’t God that said churches should be closed, so many pastors don’t know what they are doing.

“Sam Adeyemi isn’t a prophet. I don’t have issues with that, but if TB Joshua can say this, it seriously berates him. Though he is my friend but his statement is getting me worried. Is anything wrong with the man of God?

“These pastors are not speaking the heart of God. Do you know how many people that have died spiritually because churches have closed down? TB Joshua should go back to God and inquire. God will tell him something else. He is someone I respect and love among the Christian leaders. I believe he wasn’t the one that said it.

“This is a critical time in the country. We need prayers. It’s not ideal that we close down churches at this time.”


Content created and supplied by: studio.opera.com (via Opera News )