The payment of tithes: A biblical position that isn't contestable. (Opinion)

The issue of tithe has always caused controversy, most notably when it comes from a prominent person. Just recently, Pastor David Oyedepo commented that those who are not paying tithe are causing themselves financial bondage, the statement which many are accusing him. 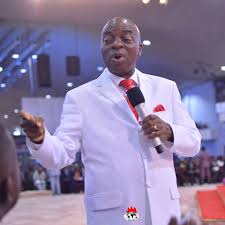 People accusing Pastor David Oyedepo are both Christians and non-Christian. Many of those are linking his wealth to money accumulated from the tithe. I will not speak on the status of Pastor Oyedepo, whether he made his money from tithe or not, will not be part of the discussion in this opinion, I will make my points based on what bible says about the tithe.

The initial confusion is on whether we should be paying tithe after Jesus died for our sins; many agreed that the Old Testament law isn’t valid again since there is a new testament. Jesus Christ has ended the reign of the Old testament. The position is far from the truth. Jesus didn’t end the reign in Old testament; he modified it.

Generation of the tithe

The first tithe wasn’t even a request from GOD. It was a gift to GOD by Abraham in Genesis Chapter 14, verse 19-20 when God delivered all his enemies into his hands. Abraham gave GOD tenth of everything. Also in Genesis 28, 20-22, Jacob made a promise to GOD that if his dream comes true, he will give GOD tenth of everything, it was also a promise from Man to GOD, GOD didn’t request for it.

Unlike Abraham and Jacob own that are discretional, Leviticus 27;30 made paying of tithe a compulsory, the bible says “Honor the Lord with your wealth, with the first fruits of all your crops” which mean the payment is mandatory and not optional.

Do we need to continue paying tithe?

Jesus Christ didn’t abolish tithe for Christians. He said in Mathew 23:23 that teachers (Pastors, Bishops and co) should not collect tithe alone and forget other teachings of GOD. If Jesus Christ isn’t in support of tithe, he would have made it clear that what they are doing is bad by collecting tithe, Jesus even said, You should tithe but don’t forget other teachings.

The argument that Jesus didn’t support tithe is a flaw and should not be a matter of discussion for people who understand how the bible works that Jesus cannot make a mistake and His words are authority and not just a mere saying.

It was made clear in Malaki 3: 8- 10 that will serve a mere mortal rob GOD? Yet you rob me. But when we ask how are we robbing you? GOD replied that through offering and tithes. The continuation of the chapter says anyone who failed to pay tithes is under a curse. 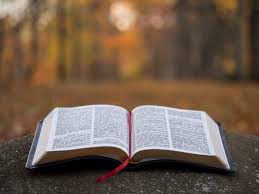 For those who are always saying tithes isn’t compulsory to be paid in Church, GOD also made it clear that bring all tithe into my storehouse, that there may be food in my house. HE went further saying, Test me in this and see if I will not throw open the floodgates of heaven and pour out so much blessing that there will not be room enough. For those who trust the word of GOD, there should be no question on whether not paying tithe will cause financial bondage or not, the word of GOD is explicit enough on that.

Before you blame Pastor David Oyedepo, remember that he isn’t GOD that made those statement, his work is to teach people. It is not his work for you to agree with him, let those who agree with him agree, and those who disagree should also do so without attacking the messenger. Instead, they should face the message. My position on everything?

Based on the points referenced above, I think it is important for us to know that.

Kindly drop your opinion with reference to the bible if any.

Thanks and GOD bless you.