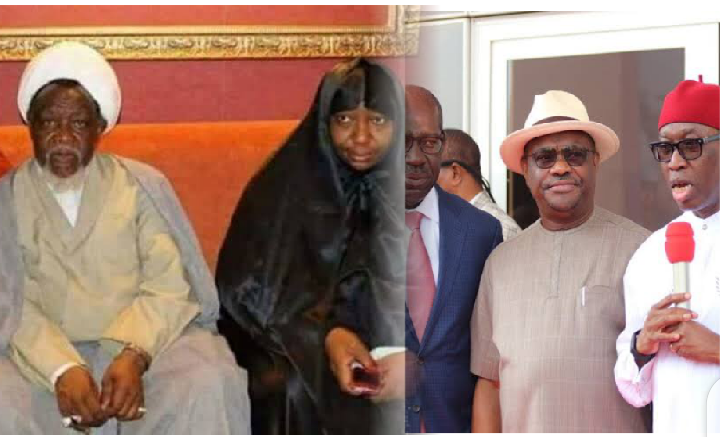 Sheikh Ibraheem Zakzaky, leader of the Islamic Movement of Nigeria, IMN, and his wife Malama Zeenah Ibrahim, have separately taken the Department of State Services and the Attorney General of the Federation to the Federal High Court in Abuja, challenging the seizure of their international passports.

The Vice President, Media Forum of the Islamic Movement in Nigeria, Abdullahi Usman, in a statement noted that their fundamental rights enforcement suit no FHC/ABJ/CS/230/2021 is being filled by Falana Chambers. 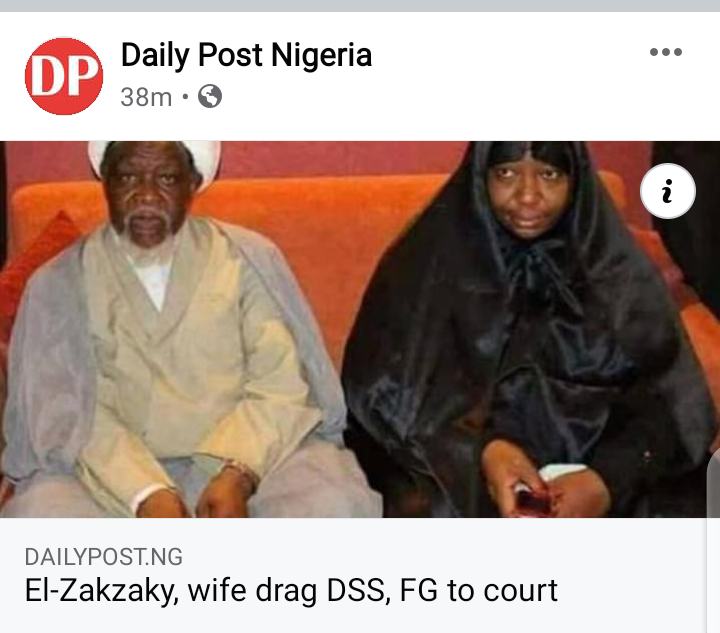 Sheikh Zakzaky and Malama Zeenah Ibrahim brought to the notice of the court that their passports were last seen in possession of the National Intelligence Service (NIA) who have officially denied that it’s in their possession.

The statement explained that subsequent to this, the duo had since declared their passports lost, saying that upon attempting to renew the passports through immigration it was revealed that their passports had been flagged by the DSS.

The Church of Nigeria, Anglican Communion, has commended Southern governors for enacting a law against open grazing, while it accused the Federal Government of not being sincere in tackling insecurity.

Bishop of the Diocese of Calabar, Rt. Rev. Nneoyi Egbe, stated this at the weekend in a Presidential address delivered at the First Session of the 11th Synod with the theme: ‘Go Forward’ held at the Cathedral Church of the Holy Trinity in Calabar, Cross River State. 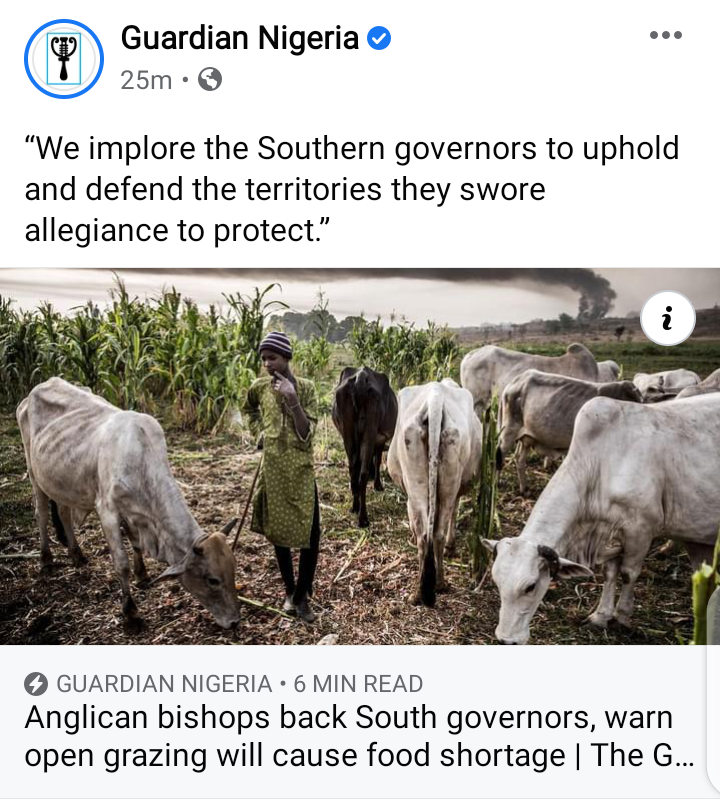 Egbe, who doubles as the Dean of the Cathedral, said the action was a welcome development that would help in preserving the natural heritage of the states as well as reduce incessant killings and destruction of property.

He said: “We implore the Southern governors to uphold and defend the territories they swore allegiance to protect.” 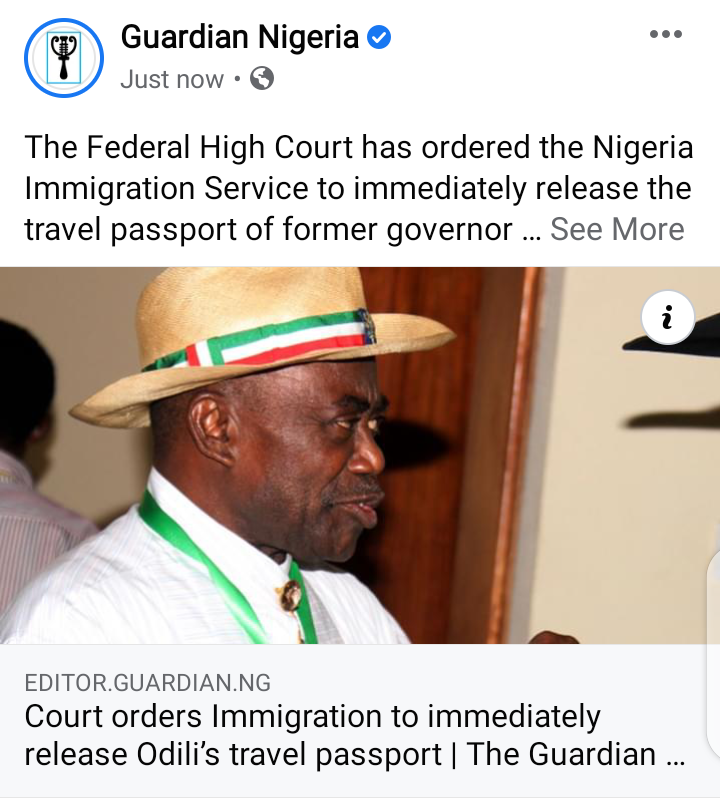 Delivering judgment in a suit on breach of fundamental rights filed by Odili, Justice Inyang Ekwo held that the NIS had no legal justification to seize the former governor’s passport.

Justice Ekwo also declared that the seizure of Odili’s passport was contemptuous and constituted an infringement on his fundamental rights.

He also made an order restraining the NIS from further arresting, intimidating or harassing Odili.

Zainab Ahmed, minister of finance, budget and national planning, says the fiscal authority ministry is working with the Central Bank of Nigeria (CBN) to close the gap between the official and unofficial exchange rates.

The national currency is changing for N411/$ at the official segment of the market and N570/$ at the parallel market. 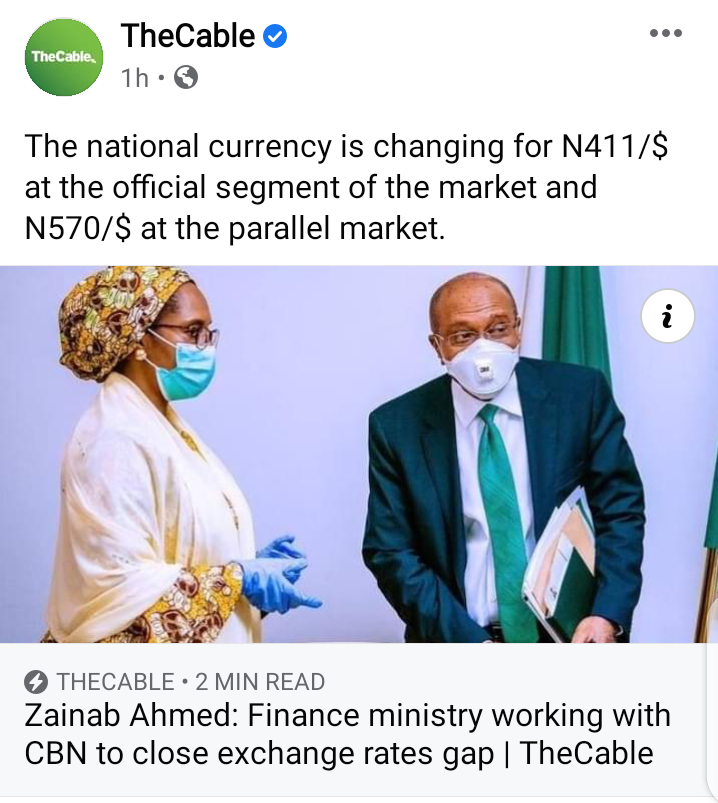 Many believe the parallel market rate is a reflection of its true value.

TheCable had reported that Vice-President Yemi Osinbajo called on the CBN to allow the naira reflect the realities of the market.

Osinbajo had said the exchange rate is artificially low and deterring investors from bringing foreign exchange into the country.