By OlowookereAdebayo01 (self media writer) | 10 days ago

The Bible was written by several men of God that were inspired through the Holy Spirit. The Bible has survived, centuries-long. The books of the Bible we know today were translated from the archaeological discovered dead sea scrolls. Most of the dead sea scrolls were written in the Aramaic and old Hebrews. The book of Enoch is among the known deleted books of the Bible referred to as Apocrypha. 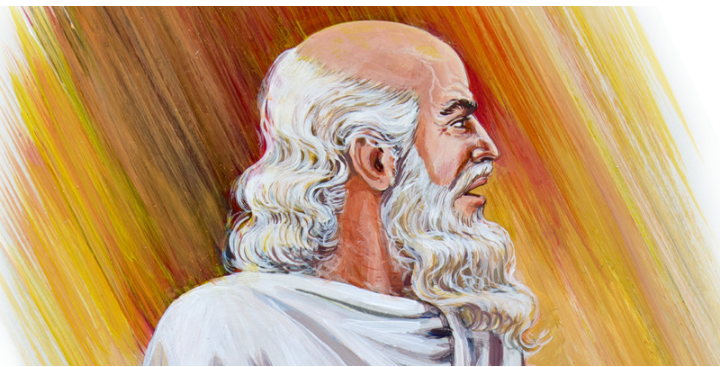 (Illustrative picture of Enoch. Enoch walked with God, and he was not, for God took him. He was the intermediary between the fallen angels and God. God did not accept his pleas on behalf of the fallen angels)

The persecuted Christians of then had to hide some of these scrolls in caves around the dead sea. Centuries passed. The first 7 dead sea scrolls were discovered in 1947.

By the way of the historical origin. The book of Enoch is very powerful. It detailed the mysterious happenings in the old testament before the flood. Enoch is the great grandfather of Noah. The Bible has it in the book of Genesis 5:22, on the fact that Enoch is the beginning of man's close relationship with God. He is the 7th generation from Adam.

(Genesis 5:22 And Enoch walked with God after he begat Methuselah three hundred years, and begat sons and daughters:

Genesis 5:24 And Enoch walked with God: and he was not; for God took him. 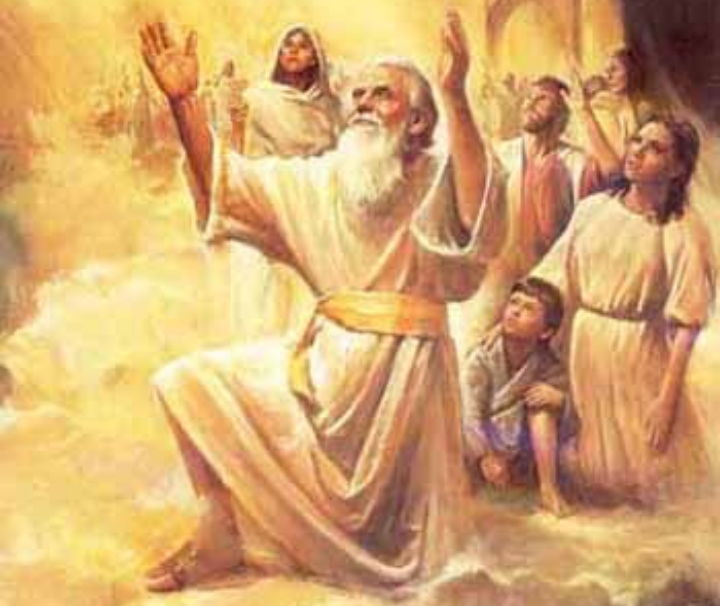 (An analytical picture, portraying Enoch, praying to God. he walked with God and was not, for God took him. He did not die a physical death as in, the ways of men. God took him, spirit, soul and body, wholly to heaven)

The book of Genesis did not delve into the full details of the life and times of Enoch. We just read of his walk with God, his renowned child, Methusela, and his unknown male and female children, before he was taken by God.

The book of Enoch was discovered in 1948. From there, the unknown details of the hidden mysteries of some of the sections of the Bible were laid bare.

Some of the areas in the Bible that the Book of Enoch shed more light on:

Genesis 6:2 That the sons of God saw the daughters of men that they were fair, and they took them wives of all which they chose.

Genesis 6:4 There were giants in the earth in those days; and also after that, when the sons of God came in unto the daughters of men, and they bare children to them, the same became mighty men which were of old, men of renown.

Enoch was so holy before God that, God showed him several structures and secrets of the heavenly places. The storehouses of the rain and snow and the farther parts of the 9 recorded sections of heaven, in the book of Enoch. At a stage, Enoch solicited on behalf of the fallen angels, after they were rebuked from the heaven of their misdeeds. Most of the present civilisation and the trend in fashion of today were incorporated through the fallen angels.

The angles were the ones that taught men how to make mirrors, swords, arrows, horse carriage, and carts. They were also reputed for the introduction of herbal drugs, for rhe healing of ailments. To back this up, we could notice that, in Christendom, the issue of herbs is somehow questionable. Herbs, as a form of healing remedy for ailments, was not fully accepted in Christendom, in the past. Even to date, it is still a thing of debate. It did not just start. For a long time, the early Christians of the old testament frowns at the apothecary arts. The herbal remedy secrets were given by the fallen angels.

At a stage, the angels, that came to lay with the daughters of men, sent a petition to God through Enoch in repentance. It was there God told Enoch that, He could only accept an apology if it were from human beings. Human beings cannot solicit on behalf of angels, who are spirits. The fallen angels(sons of God) were later bound with chains by the angels of God, by the order of God, and cast among sharp rocks, in prison, under the earth, in utter darkness until the day of judgement

"And Enoch also, the seventh from Adam, prophesied of these, saying, Behold, the Lord cometh with ten thousands of his saints,"

"To execute judgment upon all, and to convince all that are ungodly among them of all their ungodly deeds which they have ungodly committed, and of all their hard speeches which ungodly sinners have spoken against him".

Have you ever wondered where Prophet Jude in the new testament, found the records of those words spoken by Enoch, who has died centuries before he(Jude) was born? 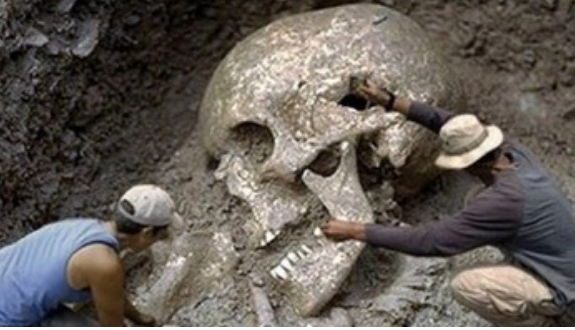 (An illustrative picture of the skull of a giant. Comparable to that of a Nephilim)

Jude quotes from the book of Enoch. He quotes from the already available words of Enoch. The book of Enoch was still available among the several other books of the saints being kept by the apostles during the times of Jude. The book of Enoch gave further details about the end of the wicked and the evils of this world, which was not meant for the people of his period, not even the people of his grandson, Noah's period, but, people of the period that would experience the second coming of the Lord Jesus Christ, that is when; "...the Lord cometh with ten thousands of his saints," shall be manifested, according to the prophecy.

Different Types Of Intimacy In Every Relationship And Their Importance