Hijab Crisis: "History Has It That Islam Got To Kwara Before Christianity" Catholic Priest Blows Hot

By Slyode (self media writer) | 1 year ago

The current Hijab crisis in Kwara State needs to be addressed urgently by the government, several school buildings have been destroyed by Muslims who accused Christians of Not allowing female student were Hijab in missionary schools.

A Catholic Priest known as Fr Joe Kayode took to his social media page to give more insight on the Hijab crisis faced by mission schools in Kwara State, checkout what he said below, 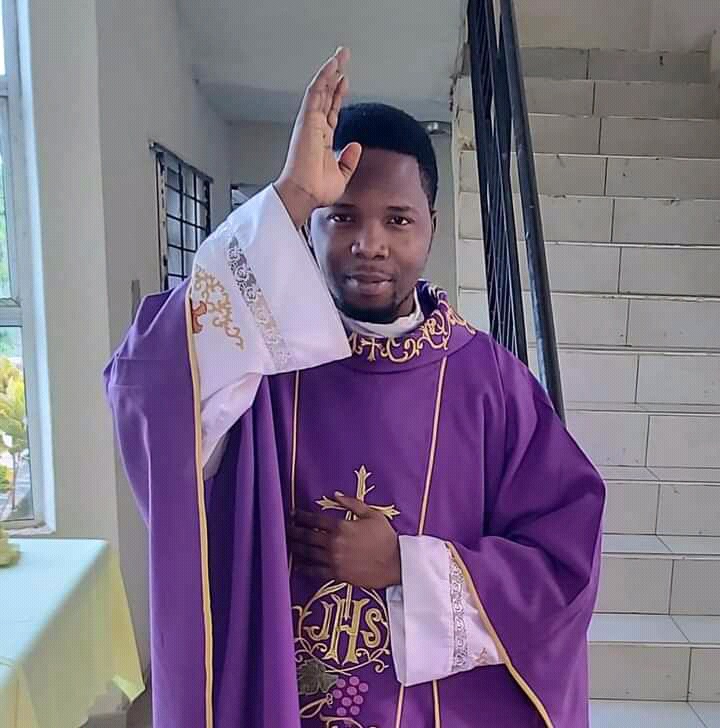 At this point, it is important we cry aloud that people may know we are not fools. The fact that we have tolerated so much does not mean that we do not know how to reject what is contrary to our aims and goals. History has it that Islamic religion got to Kwara state before Christianity, and this explains why Muslims are the majority among the indigenes of this state. As a matter of fact, it is from Ilorin that the water of Islamic religion flowed to other Yoruba territories. This explains why the chief Imam of Ilorin is first among other imams in Yoruba land. 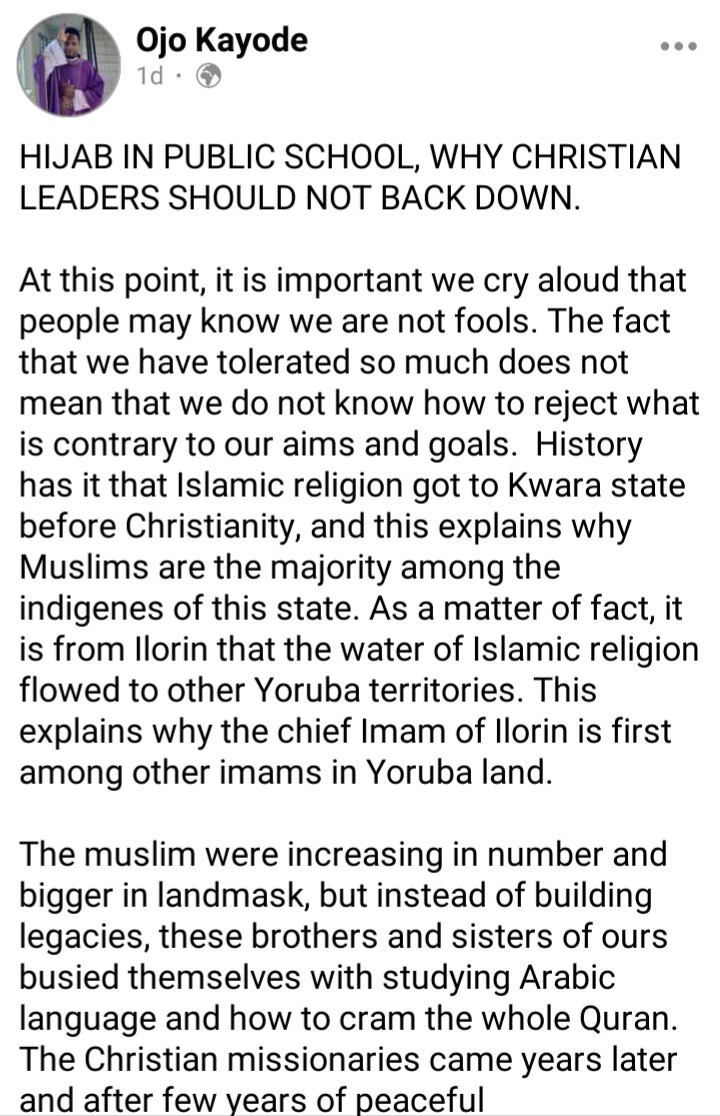 The Muslims were increasing in numbers and bigger in landmask, but instead of building legacies, these brothers and sisters of ours busied themselves with studying Arabic language and how to cram the whole Quran. The Christian missionaries came years later and after few years of peaceful evangelization, they built schools not only to help promote the course of evangelization, but also to impart life and knowledge to the people of the land. Like Jesus, they allowed not only Christians but all children from other religions to share in this great meal.

These missionaries designed their school's uniforms in such away that they are not so attached to any religion. Cherubim and Seraphim church has a proper wear they are known for, but that was not brought into uniform's style. Same for Anglican, Methodist and Baptist not to talk of Catholic church that has different styles of dressing for priests, bishops, rev sisters and mass servers. None of these styles were brought into the school uniform. These churches are the original owners of these schools before Government took the schools from them.

If the owners of the schools do not advocate that the student should dress as proper to church style of dressing, it is very wrong for those who did not even know how the school began to make suggestion that they want to put on their own religious wears as school uniform. We Christians have been cheated so much and we tolerate far too much. We go to church on Sundays and the road is free for everybody to pass. But that is not the same with our Muslim Friday's Jimoh. Even in big cities with busy roads, Muslims have imbebed the habit of practically shutting down the roads till the end of their prayer. This attitude of oppression of other religions is becoming unbearable and we Christian in our usual way see no reason to complain about it. Now, in the schools our fathers and mothers suffered to build, the Muslim are advocating for wearing of hijab? That is a direct attack not only on us but also on our missionaries' vision. Hence, we cannot, in the name of peace allow such an uncalled for attitude of oppression. Enough is enough.

In all, we love Muslims, hence this article is not meant to attack them, rather, it is a call for mutual understanding and coexistence. This aim for peacful coexistence is why our schools' uniform do not look like any church wears. If the Muslims so love hijab and want it worn all time even in schools, let them also build their schools and occupy it with their children fully dressed as faithful and devoted Slaves of Allah. May be our Muslim female Soldiers and Police should design a bifiting hijab to put on instead of cap too. We really will not fight against that as much we too can wear our long robe.

Though called puplic schools, the names of the Ten schools in question in kwara state already show their Christian heritage and so, there is really no debate as to who owns the school. We have no problem with Muslim coming to our schools, but not in hijab. Let them dress like every other person. And if they must wear hijab, let it be in Muslim school.

Content created and supplied by: Slyode (via Opera News )