Checkout what John 17:5 says about Jesus and His Father.

By Bolwhizhub (self media writer) | 25 days ago

It is important to understand the person of Jesus Christ. The Scripture reveals that Jesus was sent as the only begotten Son of God to save the world from condemnation. Here we saw him as the son of God. John 3:16. Jesus said in the book of John that whoever has seen himself has seen the Father. The book of Isaiah 9:6 foretold the coming of Jesus. He was described as the "Mighty God and the Everlasting Father". This article focuses on a logical discussion about Jesus, his personality as God and Son of God. 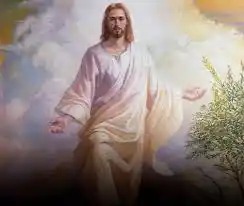 The Scripture gave a clear revelation about Jesus, from the prophecy of his coming, his birth, ministry on earth, and his death and resurrection. During Jesus' ministry on earth, he had a cordial connection with his Father and he never ceases to talk about His Father, John 5:17, 19-37, and John 6:37-40. Jesus acknowledged that God was His father, who sent Him into the world with the mission of saving those who believed in Him.God's salvation is for the entire human race, but those who believe in His Son will be saved. In John 14:8, Philip, a disciple of Jesus Christ, asked him to show the Father. Jesus replied, "anyone who has seen Him has seen the Father".

Taking a closer look at the first chapter of John, John 1:1, we are made to know that the word (Jesus) was from the beginning, and he was with God and was God. This is a mystery. The word Jesus was said to be with God and the word was also God. Jesus is called the "Word of God". If he was the son of God, how was he also God? The Scripture reveals that in Proverb 8:22-30, Jesus was in existence with his father from the beginning. He was before all creatures and the creation of all things. He had knowledge of all things. There was nothing created without him. John 1:3.

The study and understanding of God's word bring wisdom and life. The revelation of Jesus' relationship with his father is expounded by him in John 17:5.

"And now, O Father, glorify thou me with thine own self with the glory which I had with thee before the world was." 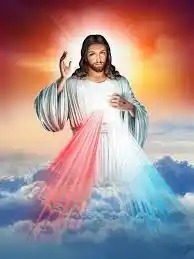 Jesus revealed that if God was glorified in him, he should glorify him in Himself. Jesus further revealed that he should be glorified with the glory he shared with his father before the world existed. Here, we see that Christ had a special bond with his father that he shared glory with, which made him exactly like his father. He was co-eternal with God the Father and had the nature of a father because he had "glory with the father, being the son of God. Jesus came to the world as God in the flesh, a "God-man". In Trinity, he is referred to as God the son because he expressed himself as the Son of God. No man can see God, but he is fully expressed in the son, Jesus Christ, who shared glory with the Father and he is a replica of Him.