Between David Oyedepo and Sunday Adelaja, who should we believe concerning the tithe debate? 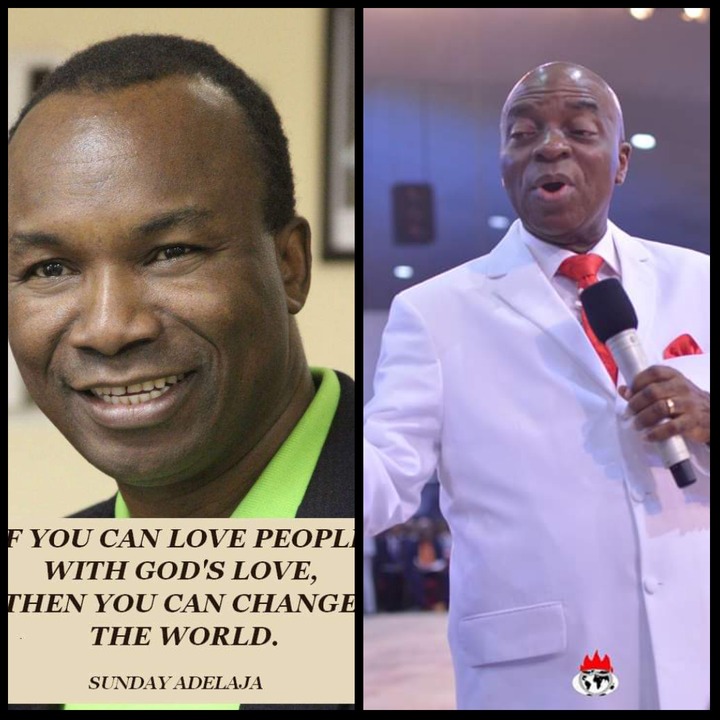 In recent times, there have been an ongoing debates and arguments concerning the issue of tithe. Different notable and clergy man holds different views, convictions and stands about tithe. To the extent that you won't even know who to trust and believe.

The last strike that broke the camel's back was actually, Bishop David Oyedepo tweet about tithe through his ministry verified Social media handle. 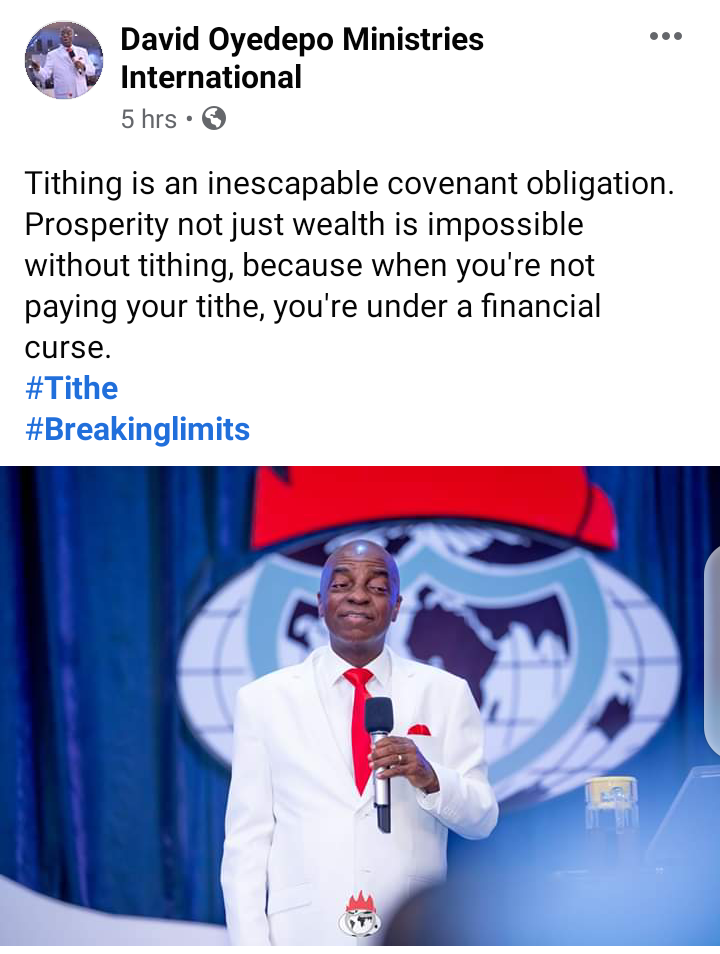 On the other hand, Sunday Adelaja have been the major voice against the payment of tithe. The likes of Charle Awuzie and Daddy Freeze, are only following his footsteps. Even though, Dr. Abel Damina is also part of the notable voices advocating for the nonpayment of tithe in Nigeria. But Sunday Adelaja is the face of such revolutionary movement, as he always calls it.

Sunday Adelaja is the Founder and Senior Pastor of the Embassy of the Blessed Kingdom of God for All Nations, an evangelical charismatic megachurch in Kiev, Ukraine. 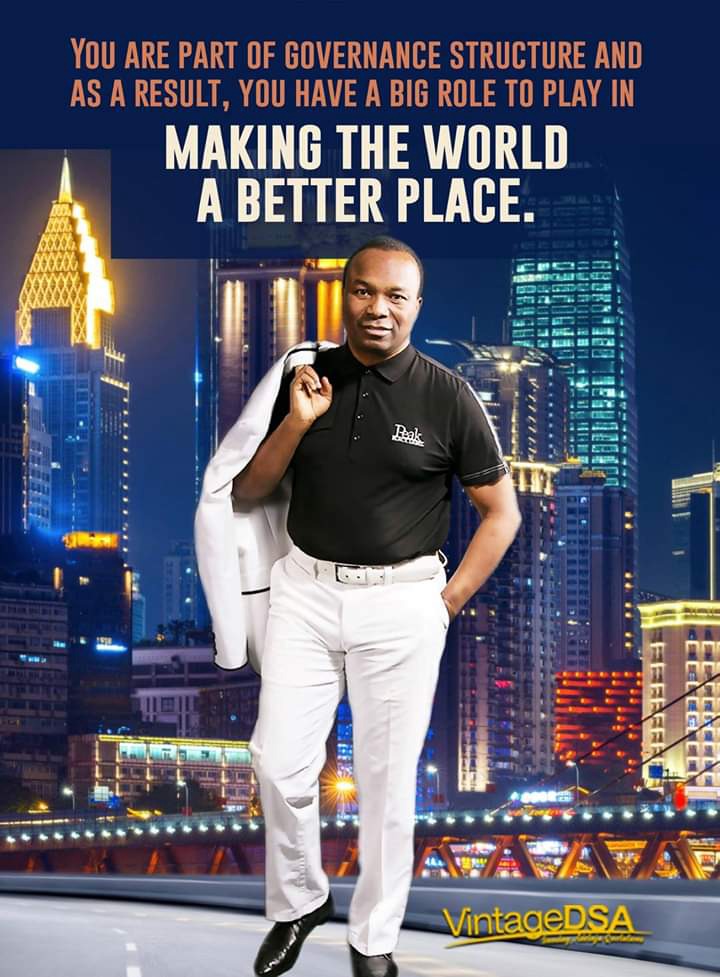 The New York Times made the following statement about Sunday Adelaja: "Could there be a more unlikely success story in the former Soviet Union than the Rev. Sunday Adelaja, an immigrant from Nigeria who has developed an ardent — and enormous — following across Ukraine?"

At the Azusa Street Revival Festival on Saturday April 25, 2009, Sunday Adelaja received the first International William J. L Seymour Award. This award is given to ministers who exhibit the characteristics of William J. Seymour.

A statement from the award committee said: "This year we will award an international and national recipient: The international recipient will be Pastor Sunday Adelaja, who is a Nigerian-born leader with an apostolic gift for the 21st century. In his mid-thirties, Pastor Sunday has already proven to be one of the world's most dynamic communicators and church planters, and is regarded as the most successful pastor in Europe with over 25,000 members, as well as daughter and satellite churches in over 35 countries worldwide".

Both David Oyedepo and Sunday Adelaja are successful in ministry. But when it comes to the issue of tithe, they can't even look into each others eyes and agree. They sustain different views and convictions on the subject of tithe.

David Oyedepo believe tithe is an inescapable covenant obligation, and he holds to the conviction that any man who don't pay tithe is under financial. 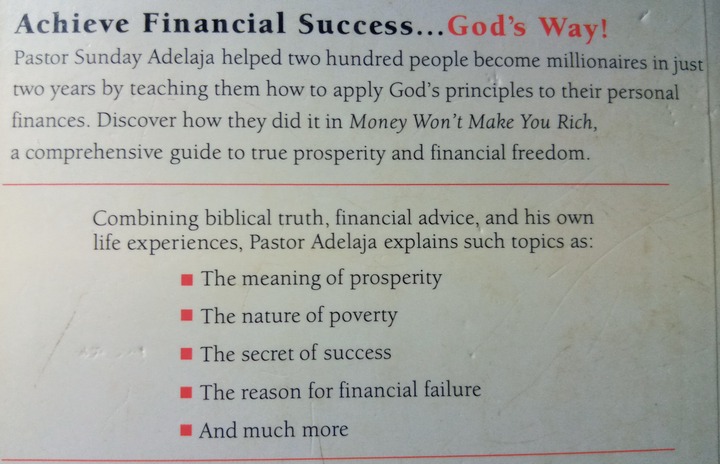 Sunday Adelaja on the other hand, debunks such notion. He has a proven track record for understanding the laws of money, and he made his first million U.S dollars in nine months, without paying tithe. And he has helped two hundred people become millionaire in just two years, by teaching them how to apply God's principles to their personal finances. 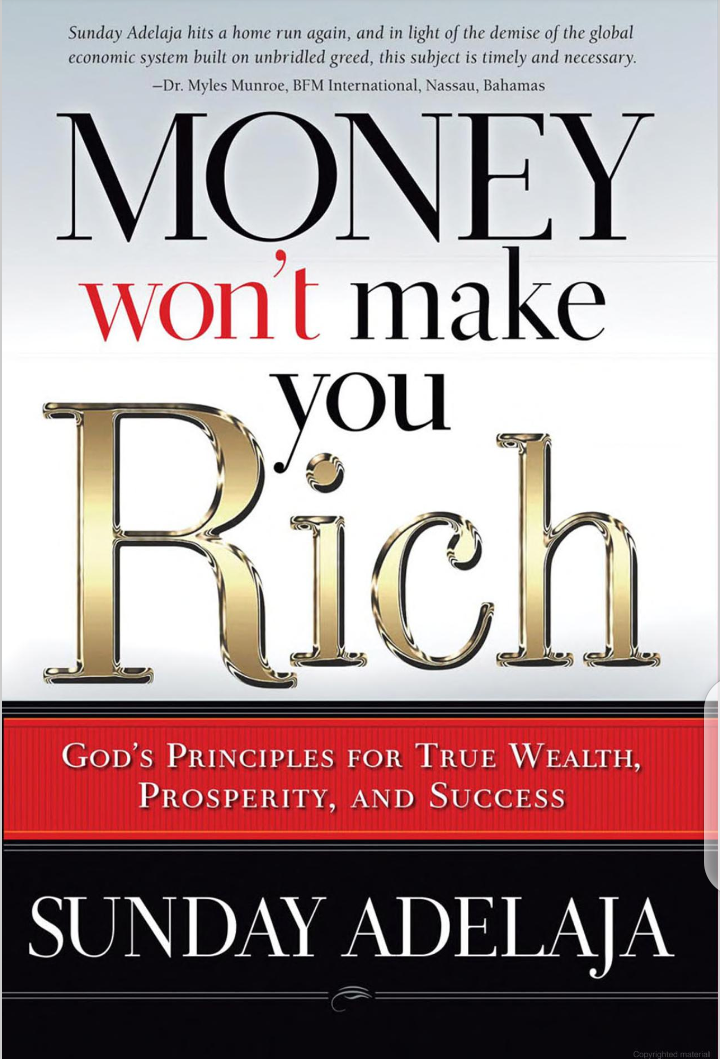 In his Book, "Money won't make you rich," Sunday Adelaja never made any emphasis on "TITHE." Yet the book is a comprehensive guide to true prosperity and financial freedom. Combining biblical truth, financial advice and his own life experiences. Explaining topic such as: The meaning of prosperity. The nature of poverty. The secret of success. The reason for financial failure, and much more. 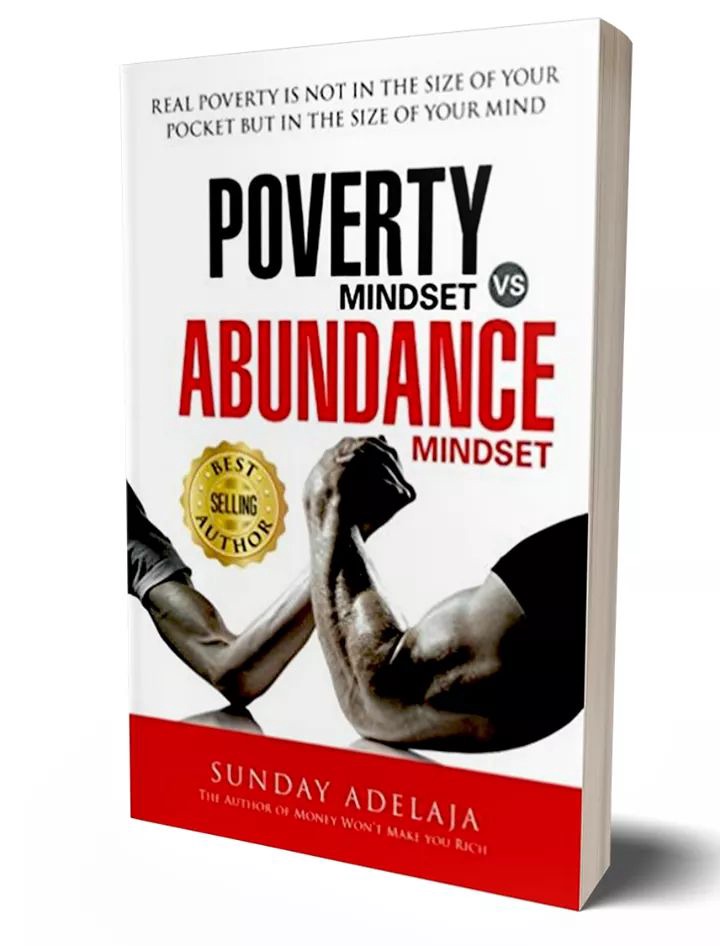 And if you read his other book "Poverty mindset vs Abundance mindset." He emphasized that, "The main cause of poverty is a function of the mind. Charity has not made any nation (or individual) financial free. The secret to financial security is not to have more money, but having more control over the money we presently have. 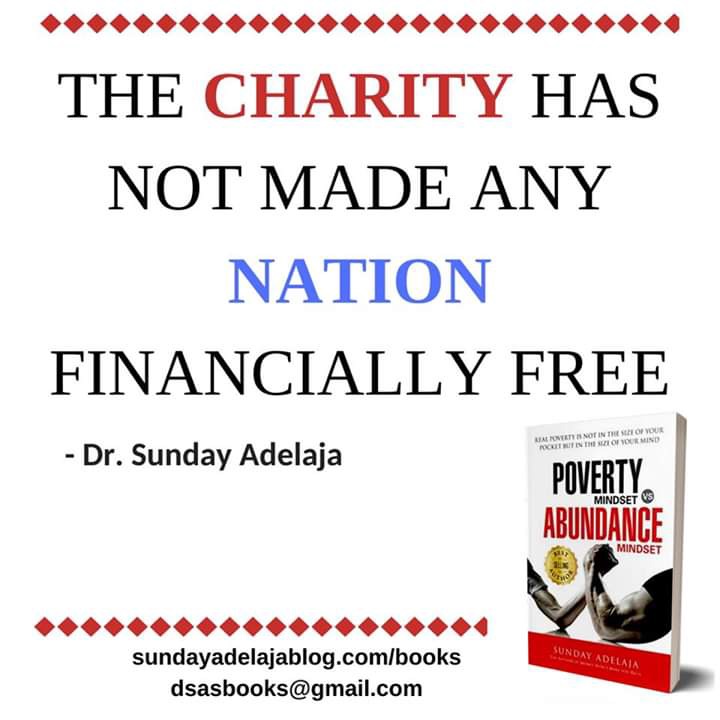 With Sunday Adelaja, it's never about the payment of tithe to be free financially, but by understanding the laws of money that people can be financially free. 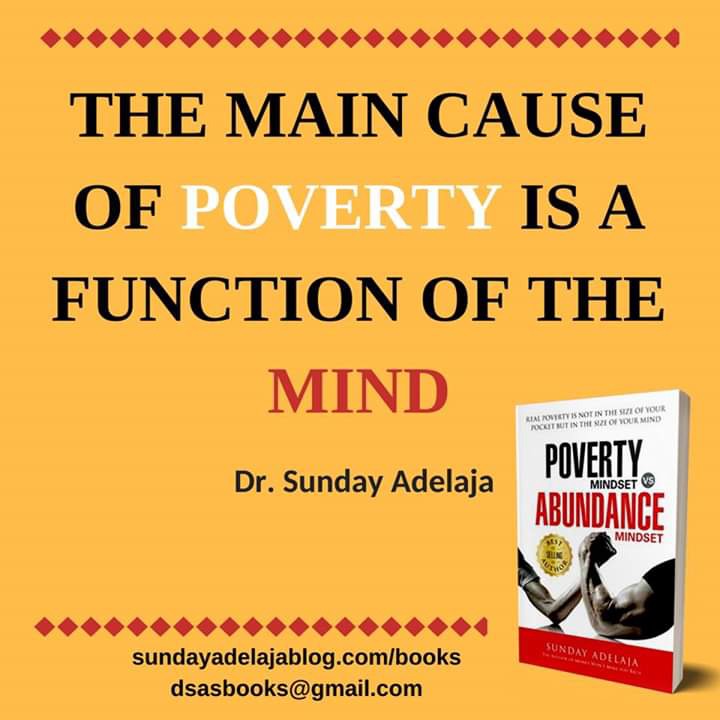 Unlike Adelaja, Davido Oyedepo believe otherwise. To him, tithing is the major way to be financially free, and for an inescapable covenant obligation. And if you don't pay your tithe, you are definitely under a financial curse. If you've read his books, the likes of Understanding financial prosperity, Breaking financial hardship, Winning the war against poverty, Hidden covenants of blessing and Covenant wealth. 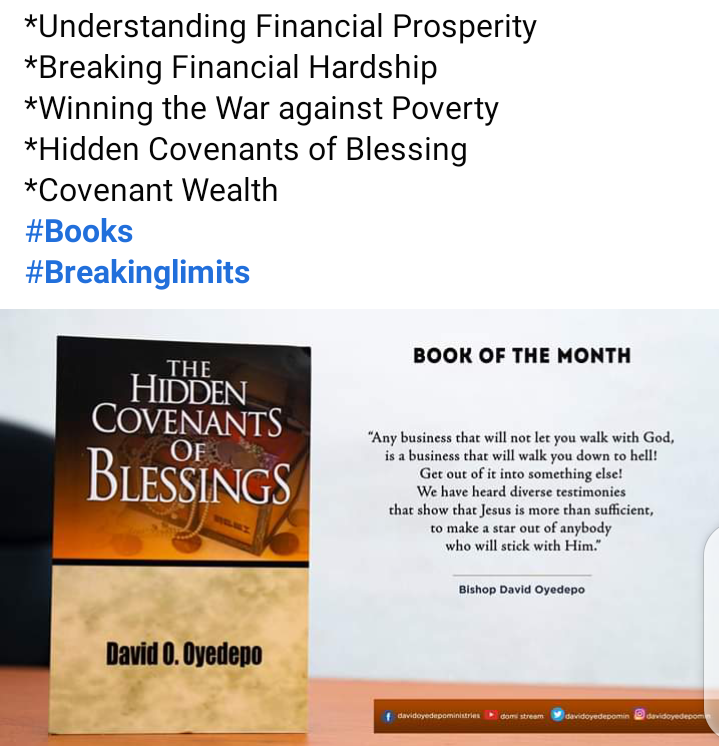 All those books have something in common, which is the emphasis placed on "TITHE, SOWING AND GIVING."

But the question now is, "Between David Oyedepo and Sunday Adelaja, who should we believe concerning the tithe debate?

They're both successful, wealthy and influential but holds different free different views on tithe and how to break free from financial lack. 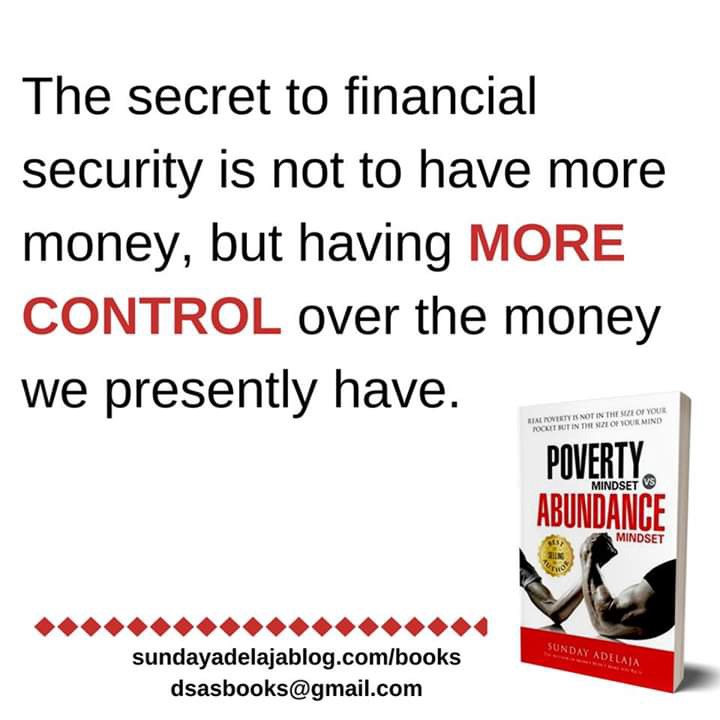