By RealTideakin (self media writer) | 7 months ago 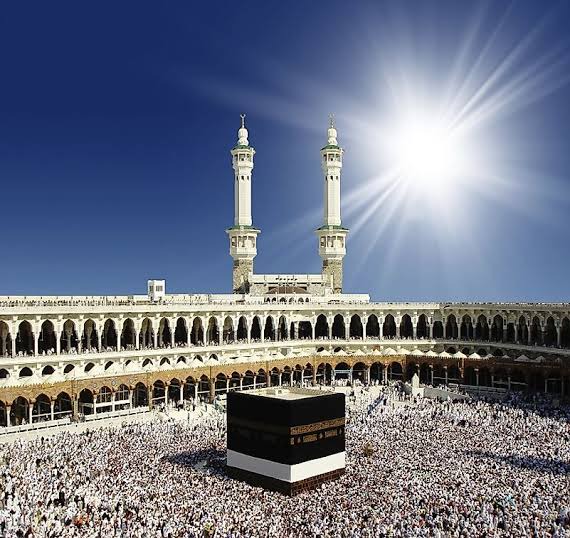 Islam is one of the world's largest religion and Islam means submission. The fundamental of Islam, is a believer called a Muslim to be submissive to Allah. Despite people believing the religion is united, there are still different schools of thought and branches of Islam that exist today. These are differences in 5 branches of Islam

Sunnis are the largest branch and represent up to 90% of followers of Islam all over the world. It is the largest religious denomination in the world and only follow by Catholicism. They regard their branch as the main stream of Islam. They believed Prophet Muhammad did not appoint anyone as his successor. Sunnis believe that the first four caliphs, Muhammad's successors should be close advisors or companions of Muhammad. They chose Abu Bakr, the prophet's adviser to become the first successor to the Muslim State. Sunnis have been able to incorporate various different customs that came through historical development, but have no root in the Quran. They recognise six sound books of Hadith and also, accept 4 schools of Islamic law.

Shia or Shite is movement in Islam with political origin. After the death of Prophet Muhammad in AD 632,the founder of Shia movement wanted power to be passed to Muhammad's son-in-law and cousin named Ali. They believed Muhammad personally chose Ali to be his successor. Shites also have Imams,which are center figures and community leaders. Five principles of faith in Shia are represented differently and they are,Tawhid, Nubuwwah, Resurrection, Divine Justice and Imamah.

Tawhid is oneness of God

Nubuwwah is the principle that God has appointed exemplary individuals

Imamah is the believe in political and religious supremacy of Prophet's successors.

Ibadi is a school of Islam and very dominant in the country of Oman. They are very conservative and it is considered as tolerant sect of Islam. It rejects violence and the population is very small when compared with Sunni and Shia. There are roughly 2.7 million Ibadis in the world and predominantly live in Oman. It also exists in parts of Algeria, Tunisia, Libya and East Africa. Modern historians trace the origins of the denomination to a moderate current of the Khawarij movement; contemporary Ibadis strongly object to being classified as Kharijites, although they recognize that their movement originated with the Kharijite secession of 657. Khawarij movement also known Kharijites were an Islamic sect that appeared in the first century of Islam during the First Muslim Civil War, the crisis of leadership after the murder of the third caliph Uthman.

They are dynamic and fast growing Islamic movement. It was founded in 1889 by an Indian man named Mirza Ghulam Ahmad and became its Prophet. Ahmadiyya is only sect of Islam that believed, long awaited Messiah had come as Mirza Ghulam Ahmad, born 1835 and died in 1908. Mirza claimed to have been divinely appointed as both promised Madhi(the rightly guided one) and awaited Messiah to appear at end times of the world, to bring peaceful triumph of Islam all over the world. Ahmadiyya believed God sent Mirza,just like Jesus to end religious war, bloodshed and violence,and to institute morality in the world, justice and peace throughout the world.They do not believe Muhammad is the final Prophet. They are many in Indonesia,east and west Africa. They also like to separate religion from politics.

Sufism is a mystical and ascetic Islam practiced by tens of millions of Muslims. Known as "Tasawwuf" in the Muslim world, in the West it is often erroneously thought of as a separate sect. They emphasize on practice where Muslims can seen and find path to Divine love, knowledge through the right personal experiences of God. They focus more on the renunciation of material things, purification of the soul and tend to get closer to God through spiritual learning known as Tariqa. One of the most important rituals in Sufism is Zikar or Dhikr. This literally means "remembrance, reminder" or "mention, utterance" and "body movement". They are Islamic devotional acts, in which phrases or prayers are repeated. It can be counted on a set of prayer beads.