Will The Great Tribulation Be Before Or After The Rapture

Very few topics in Christianity stir people up like when the Rapture and the Great Tribulation shall take place.

Almost everyone has their own explanation on how these events will unfold and they even use the Bible to support their argument.

Yet, there seem not to be one explanation, which means someone is wrong after all.

So many Christians are eagerly looking forward to one of the most extraordinary events to ever occur. They believe they'll be caught up suddenly, leaving behind whatever it was they were doing before the Rapture.

Those left behind would be dismayed and filled with horror at the realization of what has occurred.

Then there'll be a great tribulation upon the earth. One so severe that people would beg for death.

While those on earth will be subjected to unimaginable terror, the faithful, who'd been raptured will be in heaven celebrating.

However, I want to state categorically to those Christians who believe they won't be here for the Great Tribulation that they are wrong.

We'll definitely be here during the Great Tribulation because Jesus said so.

I always advise believers seeking the truth to prayerfully and honestly ask God to show them the truth in His written word.

Do not base your life on the teachings and perception of some preacher you've placed on a pedestal.

Search the scriptures for yourself so that no one will deceive you. In Hosea 4:6 God said: My people perish for their lack of knowledge.

Jesus said clearly in Matthew 24 that His coming will occur after the tribulation. I showed someone this and he said I was talking about the Second Coming of Jesus but the Rapture was a different event altogether.

I asked if he could please show me where Jesus mentioned two separate comings and he could not give any meaningful explanation.

All through the Bible, when God visited Judgment on the unjust, He always had a way of protecting His own.

When He destroyed the whole world with water, He did not snatch Noah and his family out of the world. They were right there but they were not destroyed because God had locked them in the ark.

When He wanted to destroy Sodom and Gomorrah, He did not take Lot and his family out of the world. He led them out of the land to a place of safety.

In the Book of Exodus, when God unleashed terror on the Egyptians, His people were right there in the land but not one of the plagues affected them.

Even when He was about to kill all the firstborn of the Egyptians, He asked the Hebrews to seal their door post with the blood of a lamb.

Thus the angel of the Lord passed by their houses without killing any of their children.

It was after the last plague that the Hebrews finally departed Egypt. 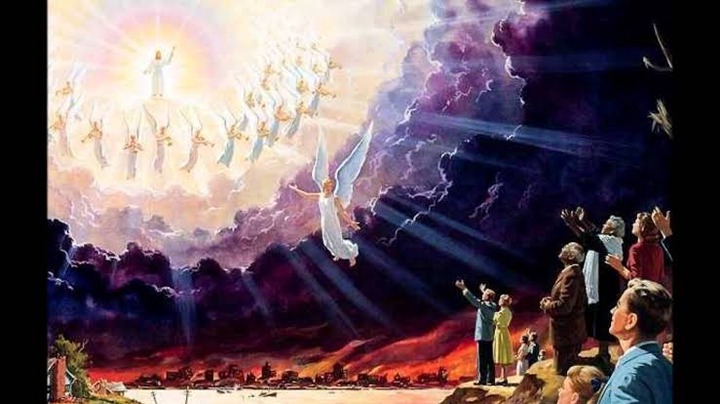 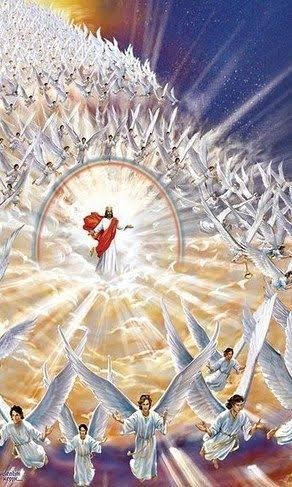 In 1 Peter 2:9 Scripture says God knows how to deliver the righteous from temptation and to reserve the unjust to be punished.

Just as the Hebrews departed Egypt after the last plague, so it shall be for believers. It is after the Great Tribulation that Jesus will return in glory to take away His people.

Let's all be careful not to add or subtract anything in scripture. Ignorance is no excuse.

If God could spare the Hebrews from the plagues that befell Egypt, He will also spare as many that are His.

Only Watch and Pray.