Opinion: Why was The Book of Enoch Excluded From The Compilation of Books That Make Up The Bible?

By FirmBeliever (self meida writer) | 3 days 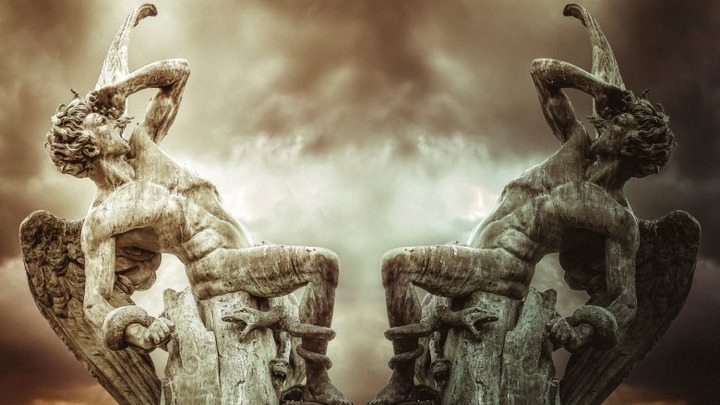 I am sure a lot of those reading this have read the book of Enoch, or have seen or heard about its existence. This book is one popular mystery that has remained in the media, especially that of the religious media for decades, but interestingly it has remained as close as being solved, as the very day it was discovered.

However, what many, like me have found most interesting is that this book, though beautifully delivered, and self-explanatory, to some extent, have remained a mystery that is rarely discussed in the mainstream religious media. Perhaps because many believe it to be evil, devilish, or strange." These theories and ideas, surrounding the book of Enoch has always been based on a simple truth, yet shaking fact: the fact that the book is found in the compilation of books that makes the Bible.

However, the question I think many ask is simple: if this book contains such great information about our religions, why isn't it well discussed or included in our holy books? Well, there are different theories as to why, and the reason that could have caused this situation. There is that of the Council of Nicaea, and of course that of the secrets in the book of Enoch itself.

At some point, you must have heard of the council of Nicaea, a council that was formed by the church a long time ago, to ascertain what books are to be fit for the Bible. Now I will like to go more about the council of Nicaea, discuss their duty and how everyone on the council was chosen, including their decisions which eventually left us with the Bible we have now. However, I will have to leave that for another time and simply discuss, how they must have been responsible for the prevention, or the bypass of the book of Enoch from the Biblical books. Many believe that the book of Enoch was recently discovered, but it had been in existence since the time of the Prophets, perhaps what men of the Jewish cloth read from in the synagogues.

It is no news that the Council of Nicaea removed tons of gospels from the Bible. Many of which, I must say are a bit too controversial to even belong in the Bible in the first place. Before you make up your mind about any of these books though, I will suggest that you read The gospel of Philip who talks about Mary Magdalene. It’s truly jaw-dropping. Also, the Gospel of Thomas talks about the gnostic wisdom of Jesus.

There’s a lot more but these two are good to start with but here is where It becomes very complicated, there is no way of telling who wrote those books. This information is not accessible for us, but I am sure those who sat in the council, would have appropriate knowledge of the content, as well as its Origins, so they must have good reasons for excluding these gospels. The book of Enoch on another hand isn't at all like these gospels. There is a clear and interesting difference.

This is most likely because the book of Enoch explains the importance of the sun/ moon phases/solar system & how the energies of the planets affect our energies on earth. It empowers us. Some believe that the council/government in charge of the compilation didn't want that. I doubt it's because of the procreation between man & animal, which by the way, exists in the content.

There is also the theory that the exclusion is because the book of Enoch conflicts with the genera biblical logic and evolution concept of every human on the planet, being a direct descendant of Adam and Eve which of course is a tremendous impossibility considering 49+ different blood types on the planet subject to both positive and negative and many other things.

What I have learned is the truth is hard to believe. We are so comfortable with the LIE to let the truth sounds like a lot. Whether there is wisdom comes in and if you don't have a logical and reasonable and rational State of Mind it makes you vulnerable to deception. Study to show yourself approved. You can be the deceiver of yourself more than anybody else can. Get the book ashes of angels, the nag hammadi Library Egyptian Book of the Dead, the Dead Sea Scrolls a Greek and a Catholic Bible, a big dictionary, the Lost Books of the Bible and you'll be all right from there.

If You Want To Break The Financial Limitation Over Your Life, Pastor Enenche Shares 3 Hidden Secrets

I stand by the masses voice, we don't have land for ranching — Umahi

Dear men, never do these things to your wife when she is pregnant

"Every Night I Sleep, I Wish I Was A Woman" - Crossdresser James Cries Out.