Meet The 5 Muslim Models Who Have Been Pictured Without Hijab

By Dorime (self media writer) | 6 months ago 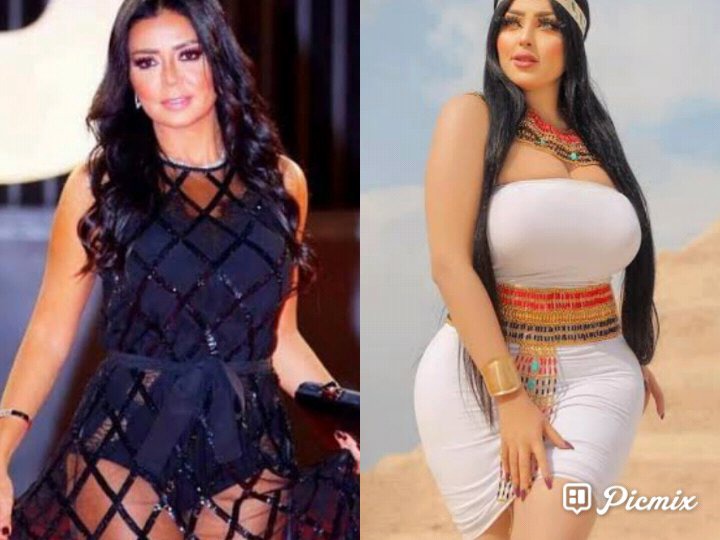 With the exception of Christianity which has over 2 billion adherents, the Islamic religion as of today would be the most practiced religion in the world , having more than 1.6 billion adherents. It is also said to be the most practiced religion on the African continent and one of the largest in Asia. As with every other religion, Islam has its ethics, laws and religious culture unique to it. The hijab is one of the most notable symbols of Islam - as a significant number of Muslim girls and women are usually spotted wearing it in public. However, there's a common misconception that all Muslim women wear hijab in public.

It would be however surprising for many people to know that about 9 Muslim-dominated countries like Egypt , Syria , Tunisia and Azerbaijan [among others] do not enforce the compulsory wearing of hijab by women in public. 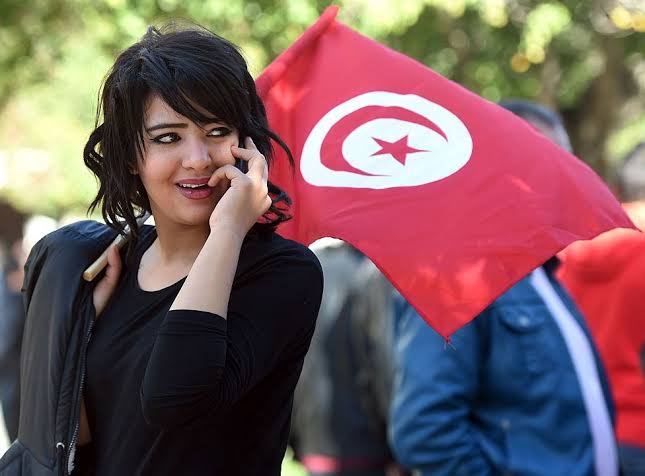 On that note, you'll be getting to know 5 Muslim women in the fashion and entertainment world who have been pictured publicy without the hijab. It should be noted that most of them are from the Muslim-dominated countries who do not enforce the compulsory wearing of hijab. 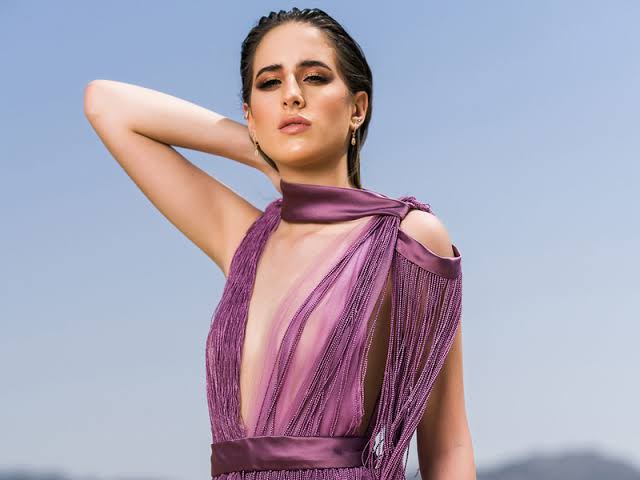 Ms. Tamer is a very successful Saudi Arabian model in the world of Fashion. The beautiful runway queen has been pictured several times in different commercial model photoshoots without having her Hijab on. She also has achieved the feat of becoming the first model from Saudi Arabia to Grace a couture runway in the city of Paris, France. 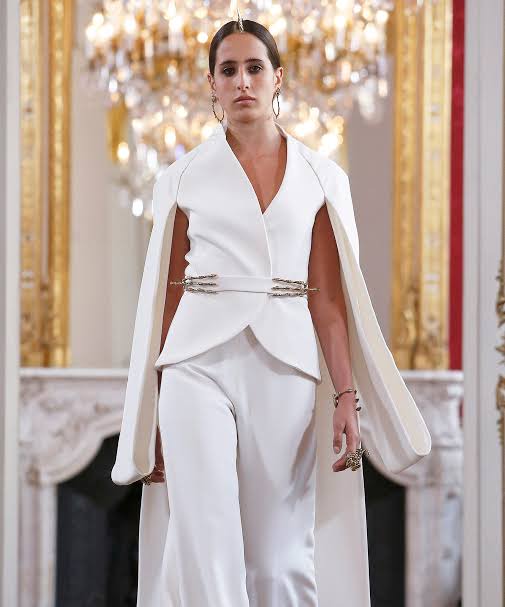 She also has another record to her name - the first Saudi Arabian woman to cover an international magazine. She is a Muslim and a fluent Speaker of English, Italian and Arabic. 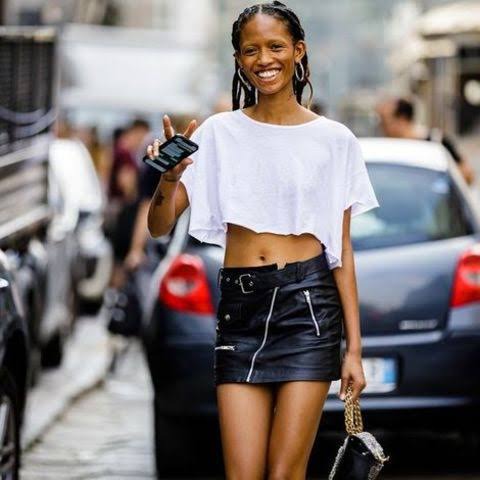 The beautiful Ms. Adesuwa Thongpond Pariyasapat Aighewi is of both Nigerian and Chinese Descent. The Top fashion model and American Film maker was selected by Models.com as the runner-up for "Breakout Star of 2018". 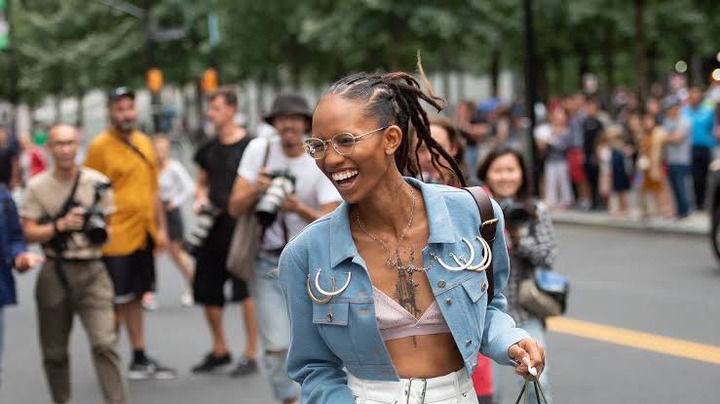 Among her other achievements, she was also ranked by Models.com in the "Top 50 Models list" and was also among the models in the Top 7 remarkable Muslim models by Mvslim.com. The first film project she directed goes by the title "The Beauty Of Muslim Women". 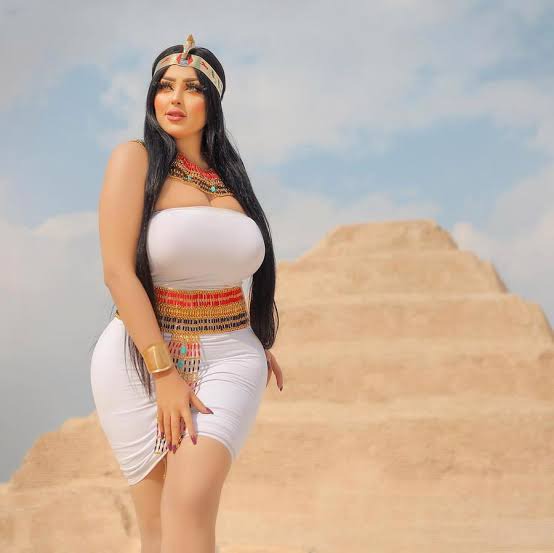 Ms. Salma would easily pass as the most familiar face on this list - considering the viral moment she had during the Egyptian pyramid saga. Salma Al-shimi is an Egyptian fashion model and dancer - and she's known for her beautiful photos and videos on social media. 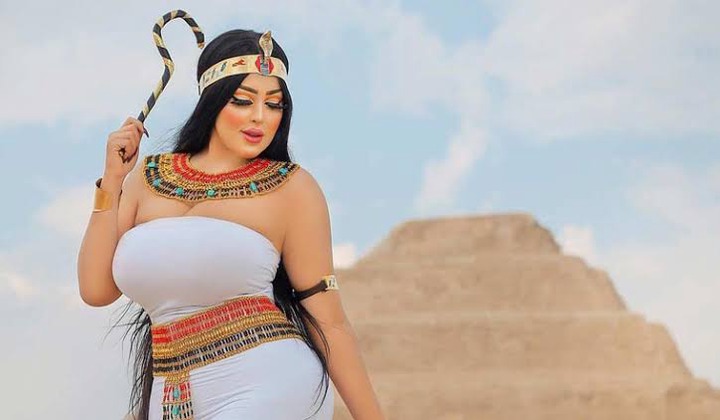 Ms. Salma gained more international attention after she got arrested by the Egyptian Police over what was dubbed a "disrespect" to Egyptian culture and history. Salma was arrested during a photoshoot in which she wore a revealing outfit of ancient Egyptian style. She was pictured while posing with the outfit in front of the Pyramid of Djoser. 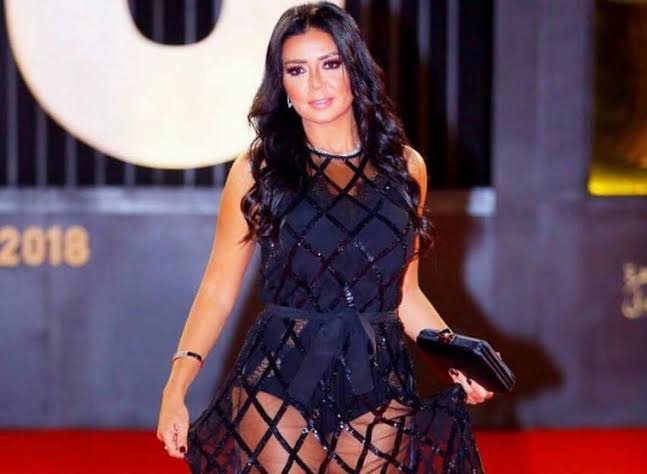 Ms. Rania was a runner up at the Miss Egypt beauty pageant when she competed during the 1997 edition. She was born in the city of Cairo and has been involved in Several controversial situations. One of which was during the Cairo Film Festival's closing ceremony , which took place in the month of November 2018. She was pictured during the red carpet of the film festival in a thigh-revealing outfit. The photos upon circulation led to a massive reaction all over the country. 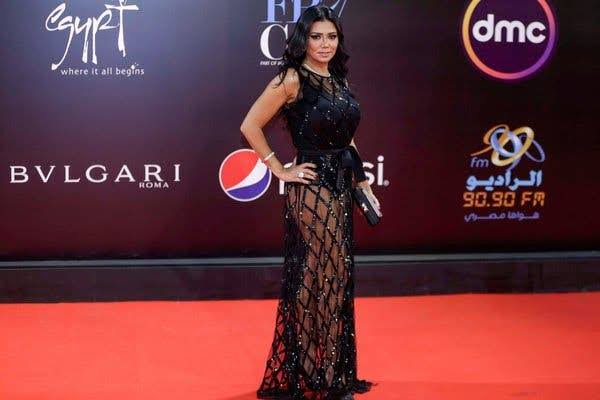 This led to her being sued by two Egyptian legal practitioners - Samir Sabri and Amrou Abdessalam. The law suit was on the grounds of "incitement to debauchery". The legal case on the other hand prompted international outcry and the saga ended with a public apology from Ms. Rania via her Instagram account. The suit was terminated right after her apology was rendered. 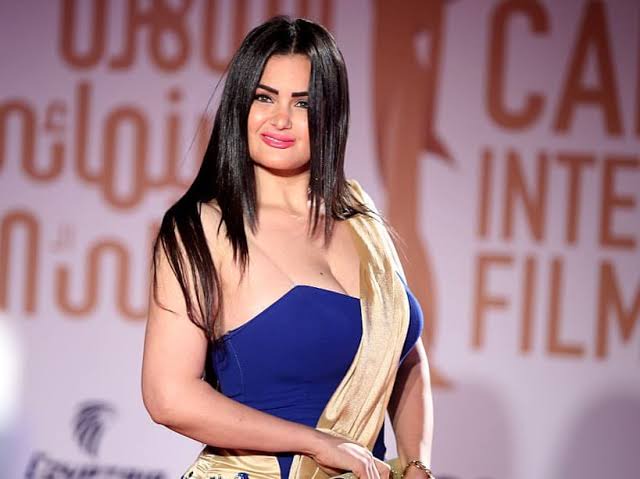 Ms. Ahmed who is also known as Samia Elmasry is a 45-year old Egyptian belly dancer, musician and actress. Samia Ahmed has been pictured several times without a head covering. On the 23rd of April 2020, she was however presented with a law suit on the grounds of libel and defamation. She was sued by an Egyptian TV presenter - Reham Saeed. 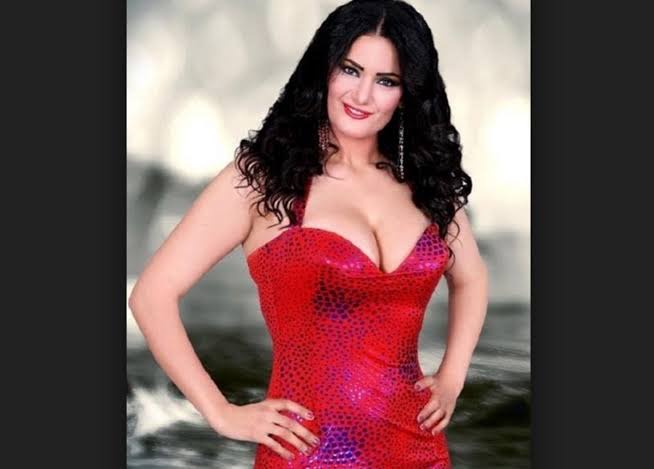 The law suit prompted her swift arrest a day after it was filed. By June 27th the same year, she would be given a 3-year jail sentence to serve. In addition to that - a compulsory 300 thousand pounds ( Egyptian ) fine would be expected to be paid. 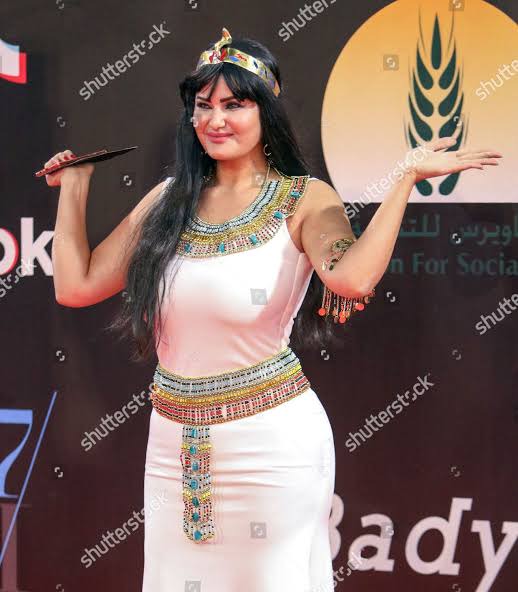 Content created and supplied by: Dorime (via Opera News )