Who Was The Progenitor Of African Nations Among The Tree Sons Of Noah?

By Prayerchannel (self media writer) | 3 days ago

The book of Genesis chapters nine and ten made us to realize that after God destroyed the first world with flood, leaving only the family of Noah and the three sons of Noah were the progenitors or sources of the present nations of the world, " And the sons of Noah, that went forth of the ark, were Shem, , and Ham, and Japheth.. These are the three sons of Noah: and of them was the whole earth overspread." (Genesis 9 : 18,19). One can see from the above Bible verses that the present nations of the world today are the offsprings of the sons of Noah, that is, Shem, Ham and Japheth.(Genesis 5 : 32). 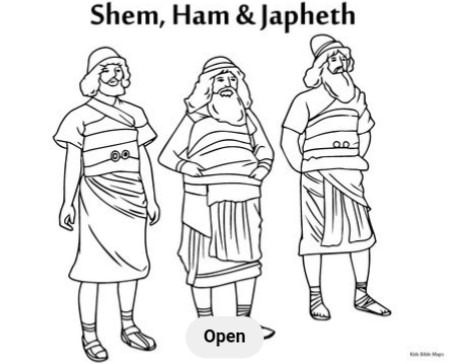 Chapter ten and some parts of eleven of the book of Genesis clearly stated the descendants of the three sons of Noah, but, before I move further on the descendants of the three sons of Noah, I want to bring it to your notice, an incident that happened between Noah and his sons. Read Genesis 9 : 18 - 29). One day, Noah drank of the wine, he was drunken and sleep off nakedly. Noah's eldest son, Ham, whom history told us was the progenitor of African nations, saw the nakedness of his father (Noah), instead of him to cover his father, he began to make jersey of him by calling his younger brothers, Shem and Japheth. It was both the two (Shem and Japheth) that covered the nakedness of Noah, " And Ham, ...saw the nakedness of his father; and told his two brothers without. And Shem and Japheth took a garment, and laid it upon both their shoulders, and went backward, and covered their father; and their faces were backward, and they saw not their father's nakedness." 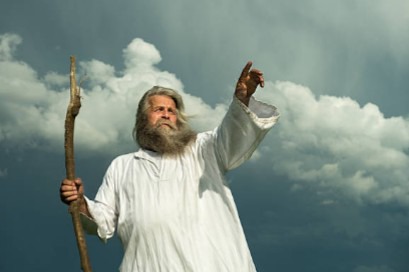 Meanwhile, when Noah woke up, he knew what had happened to him, " And Noah awoke from his wine, and knew what his younger son had done unto him." Then, he cursed Ham also known as Canaan, " And he said, cursed be Canaan (Ham), a servant of servants shall he be unto his brethren." Noah didn't stopped there, he proceeded to bless his two younger son who covered his nakedness, " And he said blessed be the Lord of Shem (Progenitor of Israelites) and Canaan (Ham) shall be his servant. God shall enlarged Japheth, (the progenitor of European and Western nations) and Canaan (Ham) shall be his servant." No wonder, the predicaments African nations met themselves today. 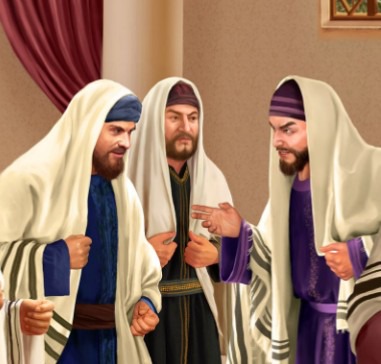 I want to believe that from my analysis above, you can easily answer the question, " Who is the progenitor of African nations among the three sons of Noah who later dominated the the whole land of the world after the flood.