By Paphael (self meida writer) | 11 months

A statue of Jesus Christ standing outside Catholic Church in Florida has been beheaded by unknown person. The attack on the statue was carried out between the night of Tuesday and Wednesday according to local report. 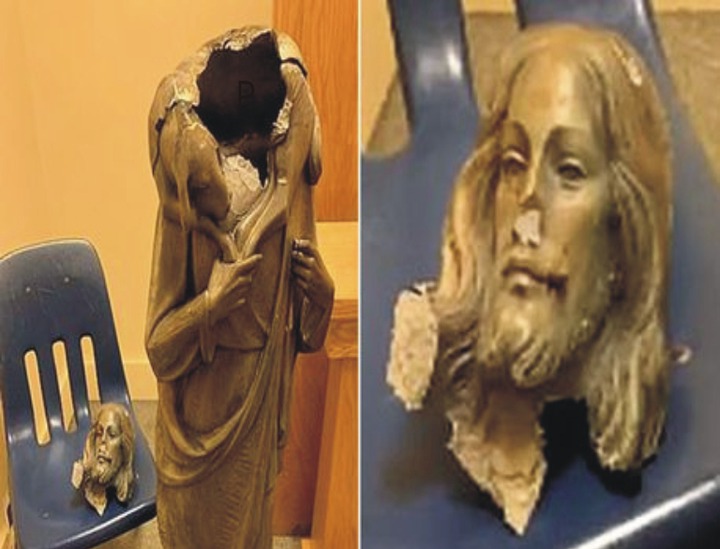 The incident happened at the Good Shepherd Catholic Church in West Kendall in Florida, USA, and the act has been widely condemned by the parishioners of the church; the statue which is coated in gold was fixed in the court yard in front of the church auditorium and the reason for the attack is yet unknown. The statue was beheaded and the head was left on the ground; from the ruined, it was observed the neck connecting the head of the statue and the main body was hit with a heavy object several times before it finally fallen off to the ground. At around 8 am when some church personnel were working round the church, they were shocked to have found the sacred statue vandalized and the head lying on the ground. 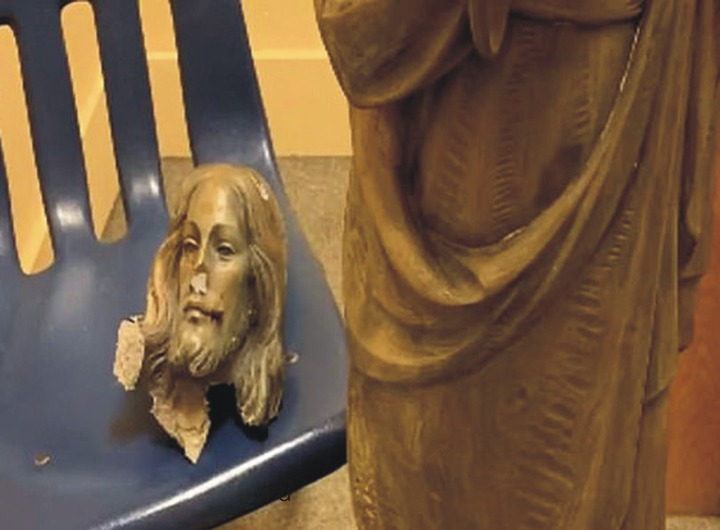 The police was informed immediately and the Miami-Dade police and the Department of Homeland Security have commenced investigation. According to dailystar, Mary Ross Agosta, a spokeswoman for the Archdiocese of Miami, told the news service: “This is an attack on the church, this is not only private property, it is sacred property.” “This is not something you can trip over and say, ‘Oh, sorry,’ ” she said. “Someone did this intentionally.” She also added that surveillance footage was given to police. The management of the parish has condemned the act, in a statement released by her spokesperson reported by dailystar, the Good Shepherd church said: “This incident has saddened the parish community “It is too soon to arrive to any conclusion, but we have seen other churches vandalized around the country. We totally “condemn” this action. We invite our community to pray for peace.” 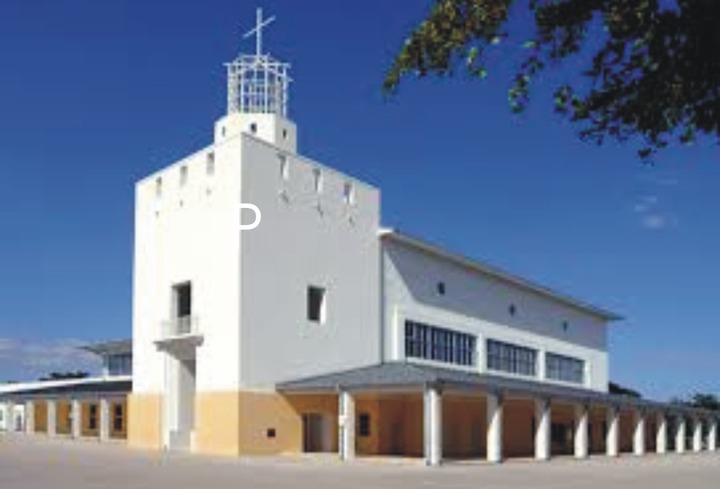 The Catholic Church all over the world is known for their beauty architectural artifact and sacred status, these statuses are usually place in the church, around the church compound, and some worship places with the church premises to indicate “this is a worship place and need to be kept sacred”. Anyone who wants to pray can just enter the church compound and locate any alter and carry out his religious activity without any questioning from anyone, the church is always open to everyone, and criminals sometimes take advantage of this openness of the church to perpetuate their evil plans. Since the incident, the church has strengthened the security of the place by hiring more security to watch over the church.

VIDEO: Watch The Moment a lady was Crying While Making Her Hair

Check Out The New Photo Wizkid Shared That Got Skiibii, Wale Turner & Other Fans Talking On IG Page