Following a statement published on Monday by Jare Ajayi, the National Publicity Secretary of the Afenifere, stating that the leader of the Yoruba Nation agitators, Sunday Igboho is right to seek asylum in any country outside Nigeria. 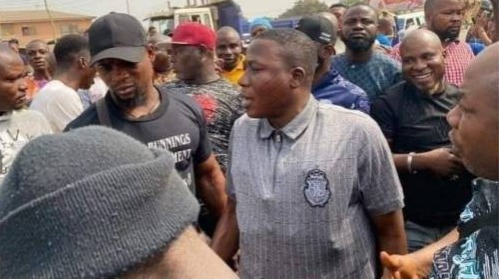 Muslims have faulted the statement because of the comparison between Sunday Igboho and the Prophet Muhammad(SAW).

In the statement, Ajayi said that Moses was taken away to prevent Pharaoh from setting his eyes on him and Prophet Muhammad had to leave Mecca to Medina to escape persecution.

The statement has attracted backlash from Muslims on social media insisting that it was wrong for Afenifere to compare Igboho with Prophet Muhammad.

The Yoruba group has been under verbal attack from Twitter users, Facebook users, etc. Many are condemning the statement from the group stating that it is wrong.

A Twitter user by the name Alabi Erundupe @AIFinlady said that it is Islamically wrong to make the comparison. At least, Igboho should be compared to Ogun, Sango, Obatala, et al since he has openly declared his allegiance to them. What is your opinion on the comparison?

Biggie's game twist: One way it could benefit Pere in the finale if he defeats Angel

Opinion: Reason Big Brother Naija Organizers Are Right To Decide The Faith of Pere in The Show

Church of the holy sepulchre in Jerusalem: The most sacred place in the world

Battle for top 5 - Why Pere and Angel might both come back to the house, even if any of them wins

BBNaija 2021: “They Want To Rig It For Angel” – Pere’s Fans Descend On Biggie

Where will your niceness reach, are you God? - Angel subtly drags Whitemoney for acting too nice

BBNaija 2021: Angel & Pere Kept In A White Room To Battle It Out For The Grand Finale