Muslims love Jesus, too: 6 things you didn’t know about Jesus in Islam 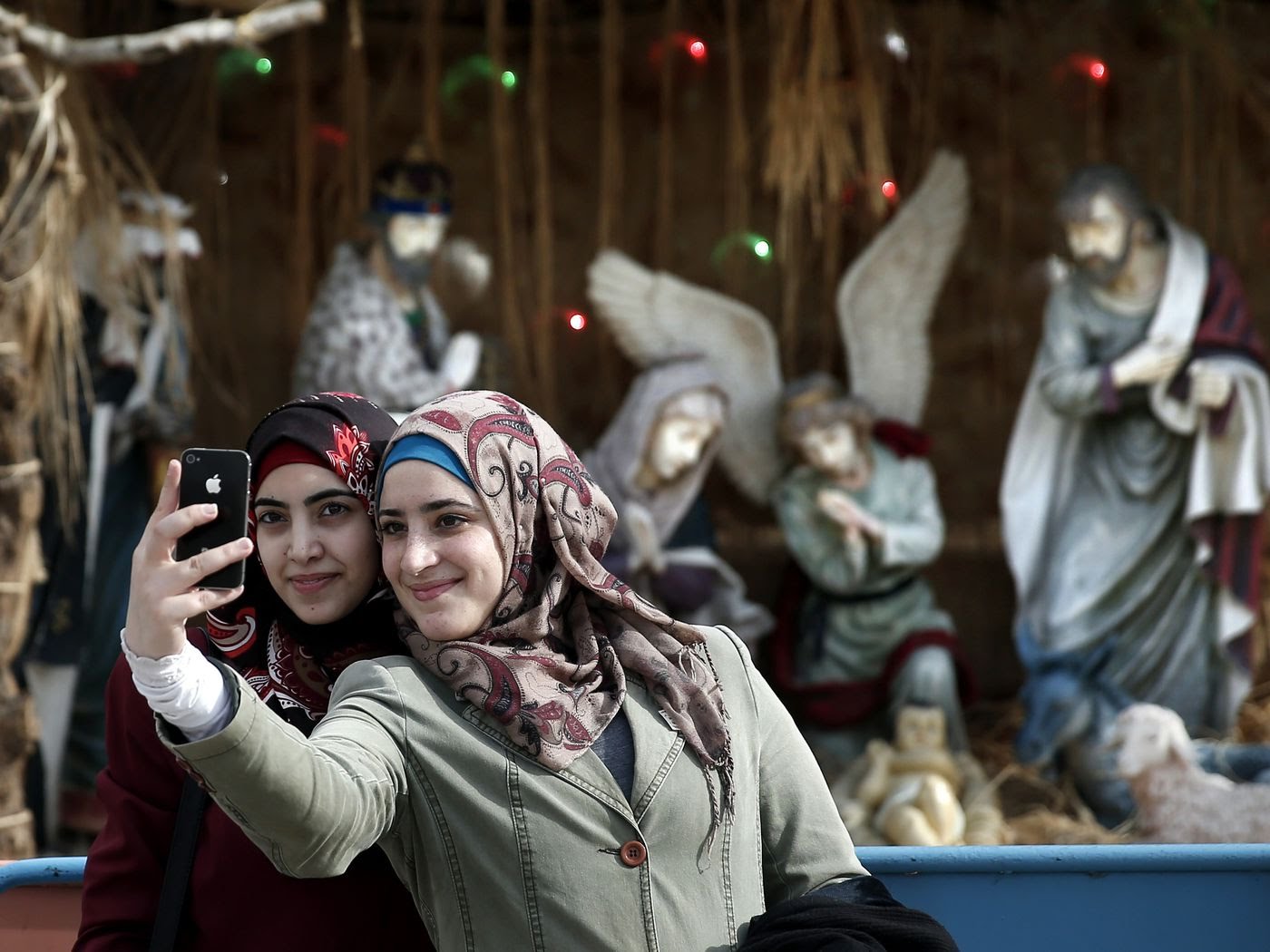 Muslims don’t believe Jesus was the son of God, but they do revere him as a holy prophet.

Muslim women take a selfie in front of a Christian manger displayed in front of the Church of the Nativity in the West Bank town of Bethlehem on December 18, 2014. Thomas Coex/AFP via Getty Images

Christmas, as everyone knows, commemorates the birth of Jesus and is a major religious celebration for Christians around the world.

But what many people don't know is that Jesus is an important figure in Islam, too, even though most Muslims don't celebrate Christmas as a religious holiday. (But some, especially some American Muslims, do celebrate it for cultural reasons!)

In honor of the holiday, here are six things you may not know about the role of Jesus — and his mother, Mary — in Islam:

And remember Mary in the Book, when she withdrew from her family to an eastern place. And she veiled herself from them. Then We [God] sent unto her Our Spirit [the angel Gabriel], and it assumed for her the likeness of a perfect man. She said, "I seek refuge from thee in the Compassionate [i.e., God], if you are reverent!" He said, "I am but a messenger of thy Lord, to bestow upon thee a pure boy."

She said, "How shall I have a boy when no man has touched me, nor have I been unchaste?" He said, "Thus shall it be. Thy Lord says, ‘It is easy for Me.’" And [it is thus] that We might make him a sign unto mankind, and a mercy from Us. And it is a matter decreed.

So she conceived him and withdrew with him to a place far off. And the pangs of childbirth drove her to the trunk of a date palm. She said, "Would that I had died before this and was a thing forgotten, utterly forgotten!" So he called out to her from below her, "Grieve not! Thy Lord has placed a rivulet beneath thee. And shake toward thyself the trunk of the date palm; fresh, ripe dates shall fall upon thee. So eat and drink and cool thine eye. And if thou seest any human being, say, ‘Verily I have vowed a fast unto the Compassionate, so I shall not speak this day to any man.’"

Then she came with him [the infant Jesus] unto her people, carrying him. They said, "O Mary! Thou hast brought an amazing thing! O sister of Aaron! Thy father was not an evil man, nor was thy mother unchaste." Then she pointed to him [Jesus]. They said, "How shall we speak to one who is yet a child in the cradle?"

He [Jesus] said, "Truly I am a servant of God. He has given me the Book and made me a prophet. He has made me blessed wheresoever I may be, and has enjoined upon me prayer and almsgiving so long as I live, and [has made me] dutiful toward my mother. And He has not made me domineering, wretched. Peace be upon me the day I was born, the day I die, and the day I am raised alive!"

That is Jesus son of Mary— a statement of the truth, which they doubt.

So although Muslims do not believe that Jesus is the son of God — a critically important distinction between Muslim and Christian views of him — Muslims do revere Jesus as an important prophet.