By OlowookereAdebayo01 (self media writer) | 19 days ago 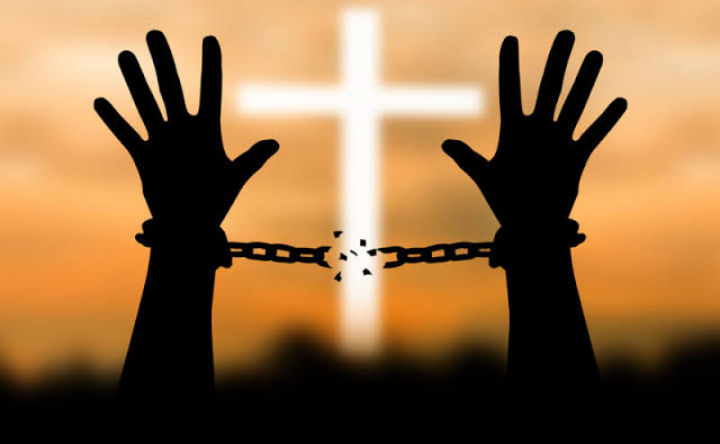 Demonic possession is a very old phenomenon. Instances of this situation in the life of man could be seen, according to the Bible during the times of Jesus Christ's ministry on earth. However, this situation precedes Jesus Christ. 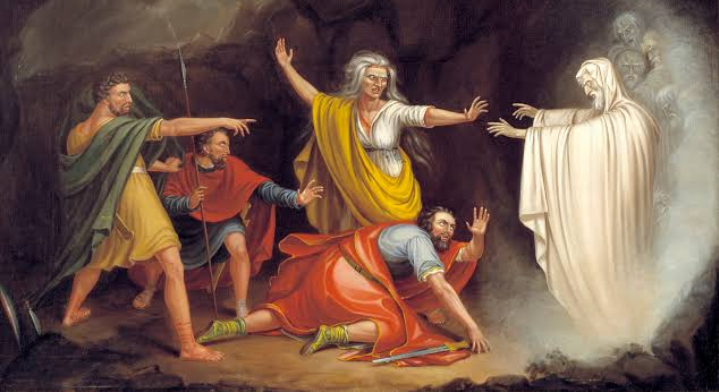 (Saul consult a medium who invokes and calls the spirit of prophet Samuel from the dead. The medium woman is an example of a demonically possessed person. She is possessed by the demon of necromancy)

We could see the instance of demonic possession in a Pre-christ scenario when King Saul, in the company of some of his subjects, went to visit the medium, who helped him call the spirit of Prophet Samuel. The medium operates in the spirit of necromancy, that is a demon, as rightly named.

Since the fall of Satan from Grace, he has successfully initiated a ministry in conjunction with the angels that fell with him. The most potent of several of his ministries is that of demonic possession. As we can see, demons are answerable to Satan.

Any word a demonically possessed individual utters during exorcism directly represents the interest of satan, which is lies and deception. Satan has successfully deceived the human race to think that he also has some right to life and the treasures of life. Originally, Satan does possess people. Demons do think they have the access to the life of men, they at times claim it is also their temple, as the Lord rightly put it that, "our body is the temple of God.

KJV: What? know ye not that your body is the temple of the Holy Ghost which is in you, which ye have of God, and ye are not your own?

AMP: Do you not know that your body is the temple (the very sanctuary) of the Holy Spirit Who lives within you, Whom you have received [as a Gift] from God? You are not your own,

Satan also with his fallen angels do lay claim to the ownership of the body of man. They have replicated absolutely everything that God has created and also that He does give, as a divine gift.

As much as believers are concerned, they enjoy some immunity that the powers of rhe enemy cannot breakthrough. This includes the power of a supernatural hedge of protection. This is in the form of a chasm, which blocks off every attack from satan and his wicked cohorts, both demons and human beings alike. This could be derived from Isaiah 54:17

KJV: No weapon that is formed against thee shall prosper, and every tongue that shall rise against thee in judgment thou shalt condemn. This is the heritage of the servants of the LORD, and their righteousness is of me, saith the LORD.

However, there could be a possibility in some Instances for the possession of demons in believers, how?

THE CASE OF ANCESTRAL BONDAGE AND OCCULTIC ACTIVITIES: 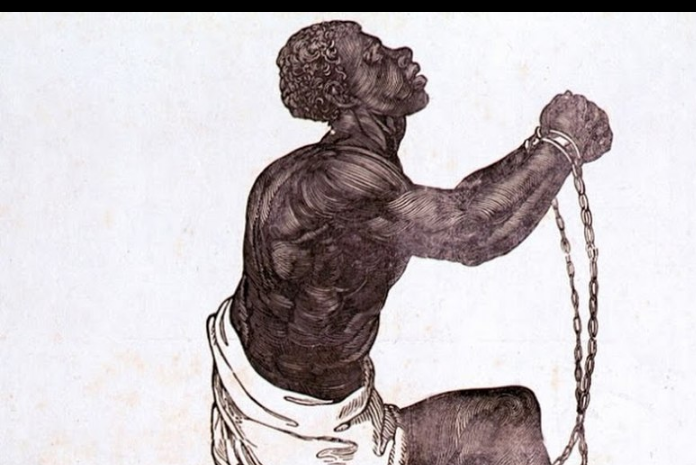 "What mean ye, that ye use this proverb concerning the land of Israel, saying, The fathers have eaten sour grapes, and the children's teeth are set on edge"

Here the Bible is talking about the plan of God not to visit the sins of the fathers upon the children. There the case, of generational curses comes to play. The curses upon a family, on a family, is always monitored by a demon, set purposely for the task to ensure that the curse stands and that it is binding, from generation to the other.

Demons are immortal beings, but human beings are not. To ensure that any curse is maintained and remains potent from one generation to the other, a demon is set to monitor the transfer from one generation to the other. If a particular generation has a believer among the children or great, great, grandchildren of the original carrier of the curse, the curse would not say because the person is born again, it would leave no, the covenant is maintained.

Demons are stubborn and obstinate beings. They are in the world to challenge the supremacy of God on earth. Satan is here on earth to rubbish the plans of God for man, therefore he has set demons to possess anyone, most especially through generational curses. A believer could be possessed by demons. The curses come with a particular covenant that is being monitored by demons.

Most people are drawn to Christ as a result of one problem or the other that they want God to take away from their lives. Once they give their all to Christ, God would first of all automatically chase off the demons in charge of sinfulness and every other demonic vice that pertains to the evils of worldliness, but, that of generational curses involves a practical walk with God in the areas of deliverance.

A believer could be possessed by the demons of childlessness, as a result of mistakes done in the past before conversion. These demons requires some intense force and move of the Holyspirit before they could leave. God does not contradict His word, and as much as spiritual warfare is concerned, Satan is always on the opposing side, doing everything possible to obstruct and block the spiritual breakthrough and deliverance of people, most especially, the believers, the heirs to the Abrahamic covenant. Sins done in the flesh has consequences which demonic possession is the most significant.

BELIEVERS COULD BE POSSESSED BY THE DEMONS OF ADDICTION: As much as conversion requires conviction and genuine repentance of sins, deliverance is also part of the conversion. It is possible for a believer who is filled to the brim with the power of the Holyghost to still be under one bondage or the other.

It is possible. These bondages requires intense deliverance. These demons do not respect anointing. They do withstand the power of God, and even say it to His face that, the believer He wishes to deliver is still committing one sin or the other, in that case, s/he cannot be delivered. Here God does not have any choice but to wait for the right time, in when the believer might have gotten rid of his/her habitual sinfulness.

SATAN ALWAYS STAND BY THE WORD OF GOD TO MAINTAIN POSSESSION OF A BELIEVER: 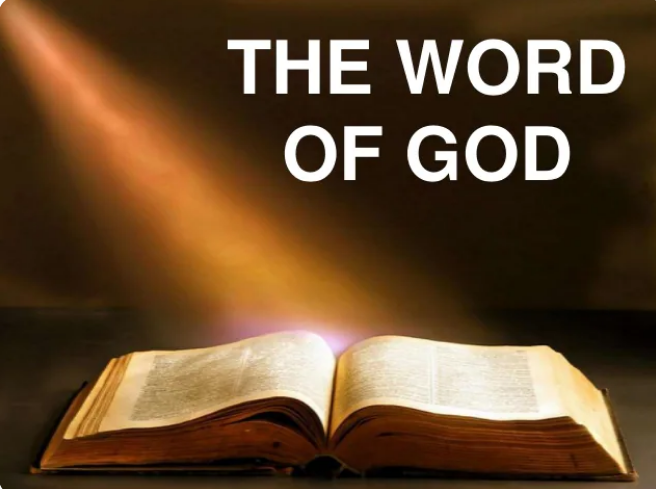 God says in His word that, He glorified His word more than His name, consequently, He is bound by His words. He says heaven and earth shall pass away, but, a drop in His words shall not go unfulfilled. These words are powerful and potent; it is in this light that Satan does block the ways of anyone who wants to break free from his bondage.

Based on this word of God, Satan is hell-bent that, everyone that sins must die by all means.

KJV: "...and whoso breaketh a hedge, a serpent shall bite him".

Now in the case of this passage, if any believer does anything contrary to the word of God under the protection circle, Satan might attack such a person potently. If a believer, like King Saul, sought after mediums like witch doctors and starts to take magical medicines prepared with demonic incantations, I'm sorry, demons could have access to the life of such a believer. God in His omnipotence is also under the jurisdiction of His word. He must not go against His word, except in some exclusive situations when He works on His divine favour and Grace, which is not available at all times.

But, the love of Christ Jesus still endears us to God, that, we are the people He died for. So, whenever a believer makes mistake in the area of sins, the Holy Spirit runs off, and Satan, through his legions of demons draws near to see if the chances for possession have been created in such a believer's life.

If the believer is convicted of his sins and make the amendment and return to God, he/she is forgiven and the Holy Spirit returns. But, if such a believer has gone astray from the presence of the Lord and has become presumptuous in his sins, Satan launch intense attacks on his hedges of spiritual protection to break through into his/her life. Having been successful, he then brings in his demons. Let us check the word in

KJV: When the unclean spirit is gone out of a man, he walketh through dry places, seeking rest, and findeth none.

KJV: Then he saith, I will return into my house from whence I came out; and when he comes, he findeth it empty, swept, and garnished.

KJV: Then goeth he, and taketh with himself seven other spirits more wicked than himself, and they enter in and dwell there: and the last state of that man is worse than the first. Even so s, hall it is also unto this wicked generation

When a believer backslides, he/she has automatically given room for demonic possession, as all the deliverance he had done in the past, the demons that had gone off would come back. The covenant would be renewed as satan is always in charge of believers who backslide, he would make sure they are highly tormented, most especially those who had troubled him much in the areas of fervent prayers and intense trust in the Lord.