There must be a secret that made Job the most righteous person on earth during his days. What was that secret? Let's dig into the scriptures to find out. 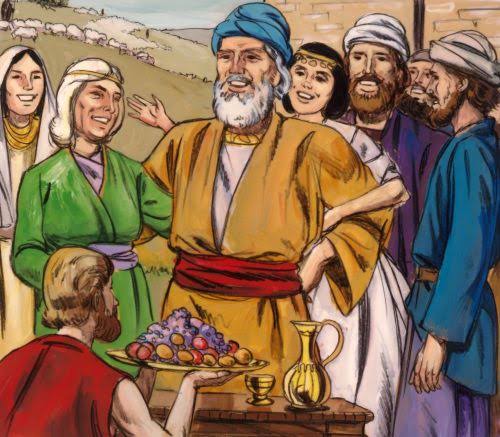 Job was a Hebrew that lived before the advent of the New Testament. The Bible records that he was a very righteous man, infact the God says of Job" That there is none like him in the earth, a perfect and an upright man..." ( Job 1:8 KJV). That means that Job exceeded all men on earth during his time in righteousness.

Job is one of the most intriguing and interesting Old Testament Bible Characters. Let's get to know a little about him. 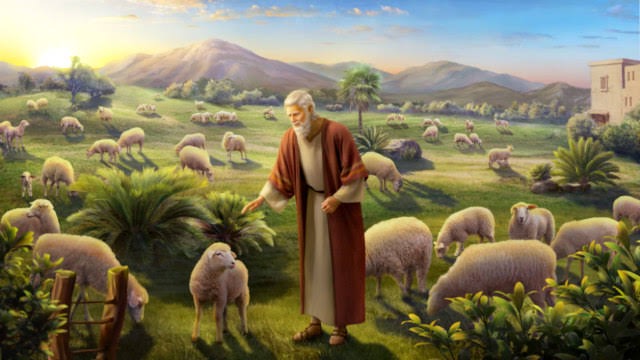 The Bible records that Job was the wealthiest man in the East. He had a lot of possessions and riches. During those days lands and animals were the main sign of wealth. Job had them in abundance.

Job's family consisted of his wife and seven sons and daughters. They were all citizens of a country named Uz, according to the Bible. The Bible also mentioned Job's extraordinary righteous life. 6 One day the angels[a](A) came to present themselves before the Lord, and Satan[b](B) also came with them.(C) 7 The Lord said to Satan, “Where have you come from?”

Satan answered the Lord, “From roaming throughout the earth, going back and forth on it.”(D)

8 Then the Lord said to Satan, “Have you considered my servant Job?(E) There is no one on earth like him; he is blameless and upright, a man who fears God(F) and shuns evil.”(G)

9 “Does Job fear God for nothing?”(H) Satan replied. 10 “Have you not put a hedge(I) around him and his household and everything he has?(J) You have blessed the work of his hands, so that his flocks and herds are spread throughout the land.(K) 11 But now stretch out your hand and strike everything he has,(L) and he will surely curse you to your face.”(M)

12 The Lord said to Satan, “Very well, then, everything he has(N) is in your power, but on the man himself do not lay a finger.”(O)

God allowed Satan to tempt his servant Job to prove Job's faithfulness and steadfastness to God. Job lost all his children in one day, when a building collapsed on them. Job's wealth were also destroyed and his body were afflicted with terrible illnesses. Job's fall from Grace to grass became complete.

The Testimony Of A Righteous Man Despite the evil condition that befell Job he still held on to his integrity. He refused to speak any thing against God. His best friends paid him a visit to console him. In the midst of his suffering he continued to be faithful to God.

Misunderstood By His Three Friends Jobs three friends concluded that Job's calamity was as a result of his sin. They told him that he was a wicked man and a hypocrite, and that he should repent. Job defended himself and his integrity.

His friends, , Eliphaz the Temanite, Bildad the Shuhite and Zophar the Naamathite, gave Job examples of what happens to wicked men.

It was only Elihu that understand Job. Elihu rebuked Job for speaking harsh words to God because of his suffering. Job was later confronted by God and he repented of his words. What Was Job's Secret Which Made Him The Most Righteous Man During His Time? 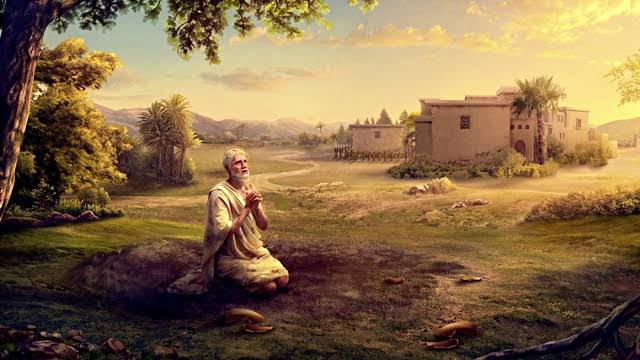 Here are the three major secrets that contributed to Job's life of righteousness:

# He made a decision to live a holy life.

Job said in Job 31:1 “I made a covenant with my eyes not to look lustfully at a young woman."

This scripture shows us that Job was determined to please God. It was his decision that helped him to keep away from sin and evil. You may be finding it hard to live a holy life, but the time you truly decide to follow the ways of God, God will give you the grace and strength to live for him.

Despite being one of the wealthiest men of his time, Job was not carried away by his riches. He was not covetous. Many people find it hard being children of God because they lack self-control. If do not have self-control you can ask God for it.

# Job Understood the ways of God

Job understood the ways of God. If you don't know somebody, it will be very difficult relating with that person well. If we wish to truly serve God we must know how God behaves, how he sees things and how he thinks. When we lack understanding of the nature of God, we will live our lives thinking we are pleasing God when we are actually offending him. We must read the Bible with the guidance of his Spirit to understand God's ways and his nature.