End Of The Word: 6 Things Jesus Said About The Great Tribulation And Judgement You Must Take Note

By MetropolitanNews (self media writer) | 2 years ago

Six Things about the great Tribulation and Judgement you must take note.

The great tribulations according to the book of revelations is when the whole Earth shall experience a high rate of natural disasters, fermine and pestilence. This period will take place after the rapture. It is the time when the Antichrist shall rule with a mighty hand but at same time shall loose control of his power.

The book of Revelations said "And there went out another horse that was red: and power was given to him that sat thereon to take peace from the earth, and that they should kill one another: and there was given unto him a great sword."

This happened after all the saints were gathered from the fore corners of the earth. The lamb which is Jesus then opened the seals.

Jesus in his teachings about the end of days said many things out which there are six very important ones I've decided to highlight. 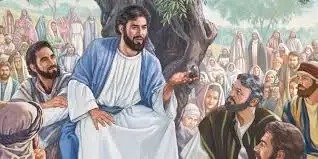 No.1. Nations shall rise against nations Mathew 24:7

One of the major teaching of Jesus about the end is in the evidence of war. Jesus taught his disciples that before the end shall come there will be wars and rumors of war, Nations shall rise against nations. If you see these things know that the end is near however it is not yet time.

"Matthew 24:7 For nation shall rise against nation, and kingdom against kingdom: and there shall be famines, and pestilences, and earthquakes, in divers places."

This is what we are already experiencing but that of the great tribulations will be very different. Pastors and Prophets will preach that the Antichrist is Jesus Christ come in the flesh that's why Jesus said in the book of Mathew 24:23-24, "Then if any man shall say unto you, Lo, here is Christ, or there; believe it not.  For there shall arise false Christs, and false prophets, and shall shew great signs and wonders; insomuch that, if it were possible, they shall deceive the very elect."

Jesus further explains in the following verses how he will appear in his coming.. he said " For as the lightning cometh out of the east, and shineth even unto the west; so shall also the coming of the Son of man be."

During that period many shall turn against their God because their love will become so cold. They won't be able to continue the journey. The book of Revelation made it clear to us that there shall be no buying nor selling except every man receives the mark of the beast. 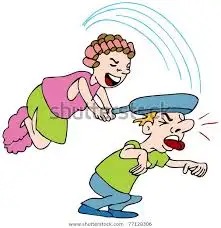 According to the account of Luke Jesus talked about Betrayers but the question is why will people betray you?

People will only betray those who refuse to accept the Antichrist and the doctrine of the fake Pastors this is because those people will be seen as law breakers or outlaws. The friend will think his doing his best friend good and obeying law by handing over their friends to the Antichrist. Jesus said "And ye shall be betrayed both by parents, and brethren, and kinsfolks, and friends; and some of you shall they cause to be put to death."

During the great tribulations Jerusalem shall be compassed with a mighty army, and the Antichrist will seat in the temple. Mathew calls this "the Abomination of desolation". 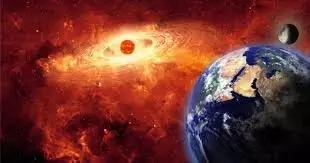 Jesus said "And there shall be signs in the sun, and in the moon, and in the stars; and upon the earth distress of nations, with perplexity; the sea and the waves roaring;"

According to revelations half of the sun and moon shall be darkened and half of the earth shall remain in darkness for months. A star called wormwood shall fall from the heavens and make the waters bitter, aquatic animals will die and decay in the sea, oceans e.t.c.

These are some few notable signs of the end

Content created and supplied by: MetropolitanNews (via Opera News )