Which Middle Eastern country is more secular between Lebanon and Turkey? 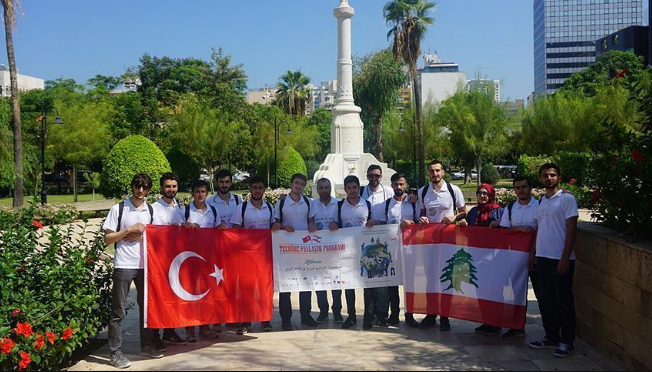 This is a difficult question. Both countries have their unique features in secularism. A though comparison indeed.

First of all, Turkey is religiously a very uniform country compared to Lebanon. Turkish population is majority Sunni Muslim (60%-%40 said to be praying Sunni Muslims while total ratio is over 70%), Lebanese has one of the world’s most “problematic” distribution. Because of their unique population structure, Lebanon cannot lean towards a religious government structure unlike many other Arab states.

Parliament of Lebanon have a predefined distribution to represent its all ethic groups. Thus, reaching a consensus is much more difficult in Lebanon and Lebanon is more democratic then Turkey in some aspects.

However, this predefinition also makes Lebanon less democratic and secular than Turkey depending on your viewpoint.

- Lebanon has religion and ethnicity based representation - Turkey does not. This might seem favorable because it allows representation of all minorities and groups, however it is also kind of discriminating and labeling. It tags people and divide them to their ethno-religious background which generally they do not choose.

- Lebanon, due to its half Christian and half Muslim representation, cannot lean to one side, however the distribution is actually not fair. Country has twice more Muslims. Such a classification generally unseen and not preferred in Western Democracies. 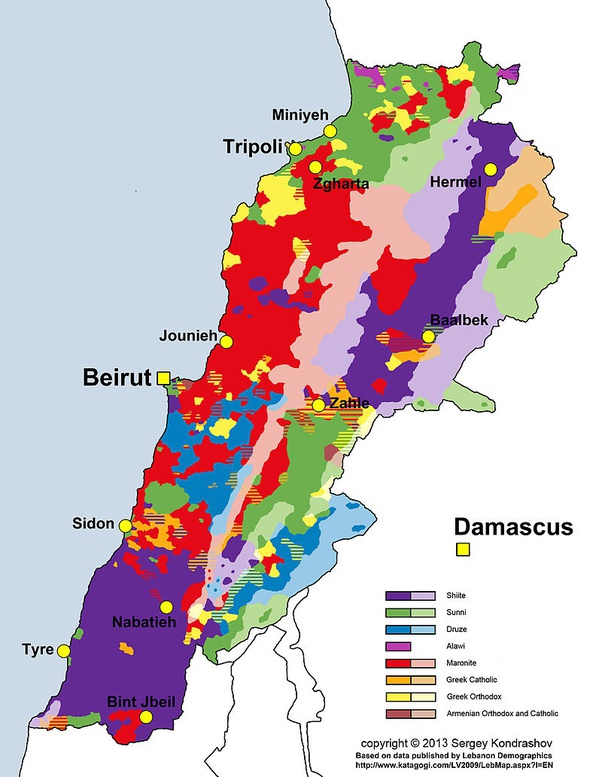 Pretty much messed up, huh?

But Lebanon also has many downsides. The system is faulty, as I mentioned. There is a presence of armed Iranian proxy, Hezbollah. They are a Shia militia. It is very hard to reach a consensus due to that messed up situation, governments can easily fall or have to make illogical concessions to form up. It makes government less efficient.

My conclusion: Lebanon is just slightly more secular than Turkey, for today. Lebanon eventually have more religious freedom. Oppressing a religious group in Lebanon is almost impossible with such conditions. Turkey of 1990s would be much more secular, but a 2020 Turkey is relatively less secular then Lebanon. Due to its unique (and messed up) distribution, Lebanon has a certain degree of secularism with its strange sectarian system. However, the system is on the thin ice, can be abused or even just the classification of people is very unsafe. Turkey, have potential to be much more secular and democratic then Lebanon in future (and it was, like that in past) due to lack of such limitation. Lebanon cannot pass its “certain degree” due to sectarian system.