The Short life history of Uthman Ibn Affan and how he convert to Islam.

By MustaphaSodiqoke (self media writer) | 1 year ago 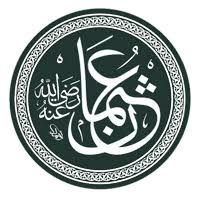 When he returned from a business trip to Syria in 611, Uthman learned of Muhammad's declared mission. After a discussion with Abu Bakr, Uthman decided to convert to Islam, and Abu Bakr brought him to Muhammad to declare his faith. Uthman thus became one of the earliest converts to Islam, following Ali, Zayd, Abu Bakr and a few others. His conversion to Islam angered his clan, the Banu Ummayyah, who strongly opposed Muhammad's teachings. 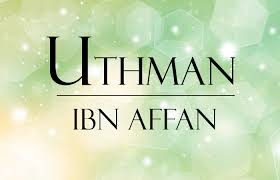 Uthman and his wife, Ruqayya, migrated to Abyssinia (modern Ethiopia) in April 615, along with ten Muslim men and three women. Scores of Muslims joined them later. As Uthman already had some business contacts in Abyssinia, he continued to practice his profession as a trader and he continued to flourish.

After four years, the news spread among the Muslims in Abyssinia that the Quraysh of Mecca had accepted Islam, and this acceptance persuaded Uthman, Ruqayya and 39 Muslims to return. However, when they reached Mecca, they found that the news about the Quraysh's acceptance of Islam was false. Nevertheless, Uthman and Ruqayya re-settled in Mecca. Uthman had to start his business afresh, but the contacts that he had already established in Abyssinia worked in his favour and his business prospered once again.

In 622 AD, Uthman and his wife, Ruqayya, were among the third group of Muslims to migrate to Medina. Upon arrival, Uthman stayed with Abu Talha ibn Thabit before moving into the house he purchased a short time later. Uthman was one of the richest merchants of Mecca, with no need of financial help from his Ansari brothers, as he had brought the considerable fortune he had amassed with him to Medina. Most Muslims of Medina were farmers with little interest in trade, and Jews had conducted most trading in the town. Uthman realized there was a considerable commercial opportunity to promote trade among Muslims and soon established himself as a trader in Medina. With hard work and honesty, his business flourished, making him one of the richest men in Medina.

When Ali married Fatimah, Uthman bought Ali's shield for five hundred dirhams. Four hundred was set aside as mahr (dower) for Fatimah's marriage, leaving a hundred for all other expenses. Later, Uthman presented the armour back to Ali as a wedding present.

Content created and supplied by: MustaphaSodiqoke (via Opera News )