How the Hatred and Oppression among Herod and the Jews Started with Esau and Jacob Relationship.

By Adexterous (self media writer) | 22 days ago

It is worthy of note that the Herodians in Judea were one of the heartache of the Israelites. The feud and dislike for them became very obvious in the Gospel accounts about Jesus. From the imprisonment and beheading of John the Baptist, the forerunner of Jesus Christ, to the massacre of the innocent infants in the name of opposing a new rival king of the Jews, born in Bethlehem. ( Matthew 2:1–18).

These led to hatred and oppression among them. These did not just start overnight. Neither Herod the Great that ruled during the birth of Jesus, nor his son Archelaus had any good report from the Jews, and the Herodians never treated them well too. 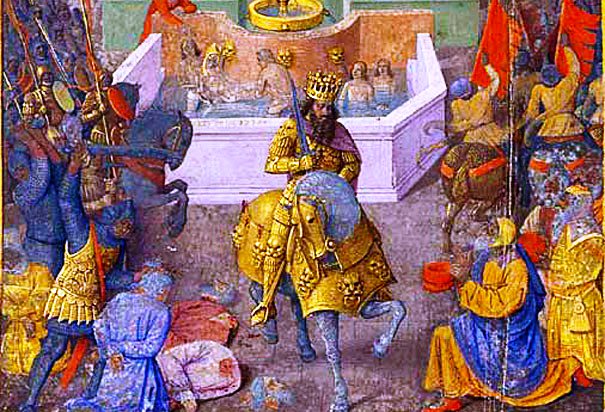 It, however, all began when the two patriarchs of the Jews—Esau and Jacob, the twins of Isaac and Rebecca were born and prophecies were given about them. "The older will serve the younger", says Genesis 25:23. And in another place, it says: "Jacob [Israel] I have loved, but Esau I have hated. (Malachi 1:2–3). The Herodians were the descendants of Esau, while the Israelites were the descendants of Jacob. Esau was Edom(Red), which was later referred to as Idumea, in the New Testament. Herodians were idumeans. Thus, with the understanding of these truths, the two generations, started to have a long feud which consequently led to the hatred between them.

Israelites never liked the Edomites or Idumeans because there had been a time when the Edomites did not grant passage to the Israelites when they were trying to cross over to their promised land. How much worse would it be for them to now rule over the Jews? This was what made the Idumeans oppress the Jews with their political intrigues and immoralities in order to oppose the prophecies, while the Jews, in turn, never wanted any of them to have rule over them.

I am Scared of having Kids, I just want to Watch Cartoons and Eat- Actress, Moyo Lawal Reveals.

Sēx Tape: How Tiwa Savage Has Refused To Be Weighed Down Since Her Alleged Intimate Video Went Viral

2 Things Burna Boy Said After He Cut Off His Beards, And Some Fans Had One Or Two Things To Say