10 Haram things to avoid in Islam.

By RealTideakin (self meida writer) | 28 days

Haram is an Arabic word meaning forbidden. If something is Haram in Islam, it remains prohibited no matter how good intention is or how honorable the purpose is. Many things are forbidden in Islam but these 10 things in this article are part of major things forbidden in Islam. These are 10 things... 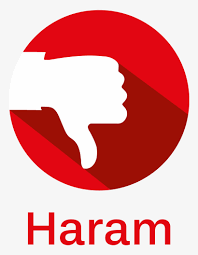 10. Eating blood, Carrion or Pork is forbidden in Islam. Quran has made it clear which food are good for consumptions and which ones are not. It is stated for followers not to eat pork or meat that's bloody and not thoroughly cooked. It is also forbidden not to eat carrion and decay of dead animal flesh. Meat to be eaten should be Halal,meaning the meat must have been slaughtered and prepared to subscribe of Muslim laws. But Quran states if one is in state of starvation and had no choice than to eat any of these meat without any other choice in act to survive ,it states Allah is forgiving(Surah 16:115) 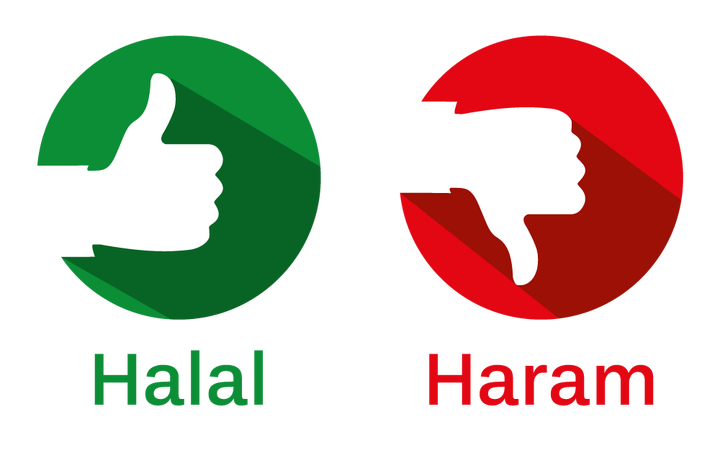 9. The making of statues and pictures. Allah says He is the almighty and the original creator. Title like AL-KHALIQ,the creator of everything out of nothingness and AL-FATIR,the bringer into existence,giving everything its particular nature,objective and meanin. Hadith says, "makers of images will be punished on the day of resurrection,it will be said to them, bring to life what you have created". However if they won't be able to that and Angels won't enter houses that have statues. It is believed if a person or artist wants to create a picture of human either to paint or sculpture he would have encroached upon the rights and authority that belong to only Allah. Those who compete with Allah in creation would receive the greatest punishment in judgment day as blasphemy.

8. If a wife refuses intimacy with her husband she would be cursed by the Angel.Bukhari hadith says "if a husband calls his wife to bed and she refuses and (as a result) the husband spends night in anger, then, angels curse the wife all night till dawn". In Islam, it is believed husband and wife should protect chastity of one another by providing one another a legitimate mean to satisfy their physical urges. Protection of chastity is the best way to protect their union and anything to jeopardize the chastity is against the Almighty. The basic rejection should also be taken into consideration like of a partner is tired, sick or not in a proper mood or mind,it does not entail any wrath of the Almighty.

7. Sin of spying and eavesdropping on others private conversation or company. It is not good to involve in NAMEEMAH meaning malicious gossip or spying on private conversations. It is regarded as a major sin by sharing information of others in order to cause trouble

NAMEEMAH is uncovering secrets and disclosing which is not appropriate to disclose. Followers of Islam should try and remain silence than to talk about everything they see about people's situations unless it will bring benefits. Surah 49:12

6. Cross-dressing..Men appearing like women and vice versa. According to Quran,anyone that does this will be cursed by Allah

5. Sin of committing a suicide. Allah does not permit any believer to terminate his own life. " Surah 4:29 says "O believers! Do not devour one another’s wealth illegally, but rather trade by mutual consent. And do not kill ˹each other or˺ yourselves. Surely Allah is ever Merciful to you". In Islam, life is not granted to us as property but as trust. It a great sin to kill someone else and to take your own life.

4. Drinking and Gambling are forbidden in Islam and believers are to desist from them. Surah 2:219 says They ask you about wine and gambling. Say, “In both there is great sin, and some benefits for people. And their sin is greater than their benefit.” And they ask you as to what they should spend. Say, “The surplus”. This is how Allah makes His verses clear to you, so that you may ponder

3. Sin of committing adultery and fornication. Chastity is defined as controlling oneself from some forbidden desires due to love of Allah,the Almighty,in response to His commands and as well as for seeking for His rewards in return. They are forbidden in Islam and they are major and destructive sins. In fact, Islam forbids anything that can lead to something like immoral exchanging of looks between sexes,seductive moves and anything that will bring unmarried man and unmarried woman in a room together. Surah 17:32 says Do not even go close to fornication. It is indeed a shameful act, and an evil way to follow. When a man commits adultery, faith comes out of his heart and hover above him until he leaves sthe scene and faith comes back to him again.

2. Not performing prayers or salat. Salat is rooted in the word SILAT which means connection or contact and the best translation of Salat is contact prayer. Contact prayer is a gift from God. Soul needs nourishment just like body needs nourishment from food. Without nourishment souls will not grow or development. It is believed the contact prayers are spread just like meal for the day, Dawn, Noon, Afternoon, Sunset and night. Those who don't pray won't develop their souls won't be able to stand or stay strong in God's presence and eventually stray away from His presence.

Not fasting during Ramadan. It is compulsory to fast without any noticeable excuses. You can not only fast because of legitimate reasons like sickness,pregnancy or traveling and you have to make it up. Those that do not fast deliberately in the month of Ramadan because he intends not to fast at all or breaks the fast after he already started without no excuse,he has committed a major sin and must repent. Surah 2:183 says "O you who believe, the fasts have been enjoined upon you as they were enjoined upon those before you, so that you may be God-fearing". Quran makes it clear fasting is ordained on all Muslims and they have to fast to remain righteous.

4 Afro Hairstyles To Rock As A Beautiful Lady

Tired Of Plaiting Your Hair? Here Are Some Haircuts You Can Try