Did The Story of Sodom & Gomorrah Happen Because of God's Anger or Was It Due to a Natural Disaster? 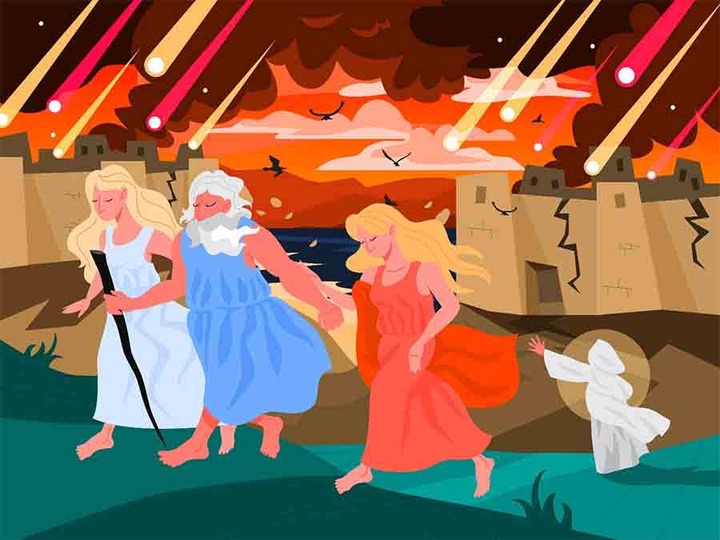 Sodom and Gomorrah are two famous cities mentioned in the Hebrew Bible and the Christian New Testament, and there are few who haven’t heard of them at one point in their life. Supposedly obliterated in a rain of fire, these two cities are reported to have suffered the wrath of God for their sins, debauchery, and egoism. But did they really exist? It’s time to put the biblical traditions aside, and to search the lands by the Dead Sea and discover the remnants of these ancient cities.

The Bible’s Book of Genesis paints a stark picture about the fate of these two fabled cities. As far as biblical sites go, both Sodom and Gomorrah are possibly the most famous of all. In Genesis 13:12, they are mentioned as two of the five “cities of the Plain”, which were named in Genesis 14:2, as being the towns of Zeboiim, Admah, and Bela (known as Zoar). Along with Sodom and Gomorrah, these five towns were likely situated in the south of the land of Canaan. Mentioned in the New Testament, the Hebrew Bible, the Hadith, the Quran, and deuterocanonical books, these cities were always associated with sin, depravity, rape, egoism, and all out decadent behavior. And for that, they had to suffer the wrath of the heavens. The cities are generally associated with the Dead Sea region, but sadly, their precise locations were never truly pinpointed. 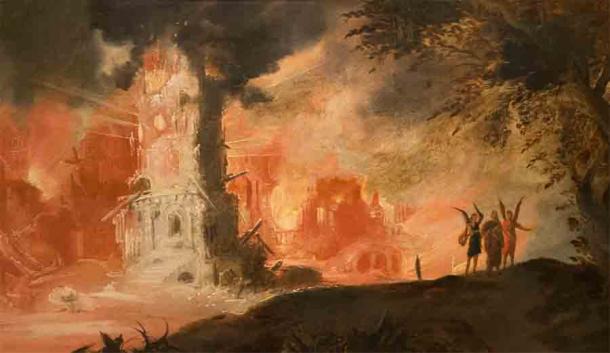 So it was, that Zeboiim, Admah, Sodom and Gomorrah , were all decimated for their sinfulness - apparently in a “rain of fire”. The only town to be spared from such fate was Zoar (Bela), thanks to Abraham and Lot - whose story is well known from the Bible. The Torah of the Hebrew Bible gives even more details, stating that these five cities were allied with one another and situated on the plain of the River Jordan. The Book of Genesis compares this valley to the fabled Garden of Eden, as it was bountiful, fertile, and flourishing. It could be that thanks to this bounty, the five “cities of the Plain” gradually ascended to prosperity, and from there, descended into depravity. In a time of religious purity and an emphasis on humility, it could be true that there were historical cities that were destroyed, either by man or by nature. Such an event could easily be ascribed as “divine wrath”.

It is logical that we mention the Ancient Roman Pompeii in this context, as it can easily be likened to Sodom and Gomorrah. It too was a city known for debauchery, sin, and depravity, and for this it apparently suffered “divine wrath”. However, that divine wrath was simply the work of nature, as a volcano erupted and obliterated Pompeii and its citizens. Could Sodom and Gomorrah have suffered a similar fate?

Over time scholarly and public views on these cities diverged. Some associated their location and the Biblical story with the now-wasteland regions along the Dead Sea shore, while others characterized the tale as “purely mythical”. However, following the descriptions by several key scholars, Burton MacDonald, Professor Emeritus in the Religious Studies department of Canada’s St. Francis Xavier University and a biblical archaeologist specializing in the archaeology of Jordan, established a view that Sodom and Gomorrah are stories of an “actual natural catastrophe to which were added Israelite and non-Israelite traditions and the authors’ perspectives on punishment and God’s Justice”. 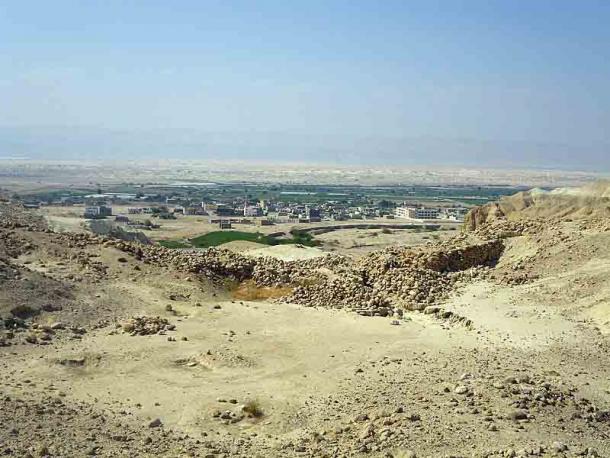 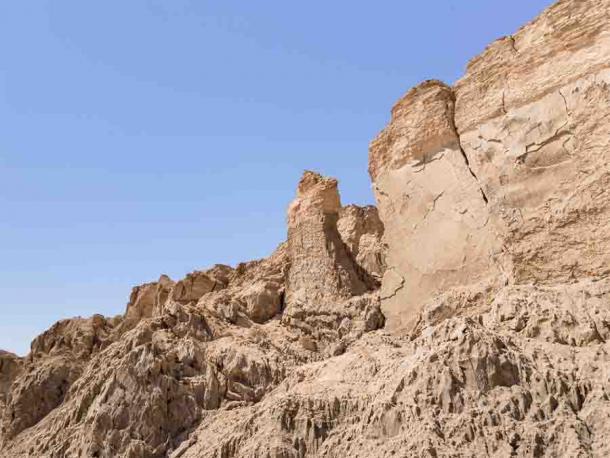 Sodom and Gomorrah, and the other cities of the Plain, are first mentioned in the Bible in the description of the Canaanites and their territories. These were the original inhabitants of the Promised Land, whose territory “extended from Sidon, in the direction of Gerar, as far as Gaza, and in the direction of Sodom, Gomorrah, Admah, and Zeboiim, as far as Lasha”. After God’s destruction of the cities through “fire and brimstone”, they are repeatedly mentioned in connection with depravity and sinfulness, serving as a reminder as to what awaits those who sin.

Searching for Clues in the Deserts of the Dead Sea

Still, tales are tales, myth is myth, and factual history is altogether another thing. Over time, many have suggested diverse proposals and attempted to locate the actual proof and remnants of the five Canaanite cities of the Plain, in the landscapes around the Dead Sea. Of course, as the region is very ancient and contains many ruins, scholars proposed various possibilities, however, no location has been positively identified with either Sodom or Gomorrah. Nevertheless, history did record several important mentions about these towns. For example, Strabo, one of the most famous ancient Greek historiographers, wrote that local inhabitants of the region, settled near the town of Moasada, told that “there once were thirteen inhabited cities in that region, of which Sodom was the metropolis.” Strabo was also one of the first to propose a location for that city, placing it at a prominent hill of limestone and salt, close to the southwestern tip of the Dead Sea. The hill is known as Kharbet Usdum (Har Sedom in Hebrew), and contains ruins nearby. Strabo believed this was the Biblical Sodom.

A Rain of Fire

If Sodom and Gomorrah did actually exist in ancient times, then what foul fate befell them? What was that “wrath of God”, that “rain of fire”? Some scholars proposed that the biblical story does have some basis in history, and that some kind of natural disaster could have happened in this region.

A theory suggests that the Dead Sea region has been devastated by a strong earthquake sometimes between 2100 and 1900 BC. Such an event could have started a firestorm within the city or set forth showers of steaming tar. The region is prone to earthquakes, especially along the Jordan River Rift Valley which has plenty of seismic activity. However, no contemporary or later writings can give evidence for this theory.

Other scientists, such as Phillip Sylvia from the Trinity Southwest University, have been conducting research into possible meteoric activity at the time. This theory suggests that a large meteorite, a violent meteor shower, or a similar cosmic “airburst” could have caused the devastation of the cities of the plain, Sodom and Gomorrah.

Could the Biblical “wrath of God” be a wrath of man? Perhaps the five cities of the plain suffered destruction not at the hands of god, but at the hands of man? It is likely that some enemy of these towns - if they existed - resorted to war and destruction to utterly obliterate its opponent. It could be likely that either of these cities have been simply razed to the ground through war, an act which was later described as the punishment from the heavens. However, this is also just a guess - solid evidence has not yet appeared.