By Optimallove (self meida writer) | 27 days

Popular spiritualist Anita Adaobi Jeremiah has revealed how the deity or Alusi operate if you are reported or summoned to it and refuse to honour the invitation! The spritualist who cited case of the popular Comedienne, Mercy Cynthia Ginikachukwu popularly known as Ada Jesus, said some people are trying to undermine the power in African traditions while trying to sound Woke! 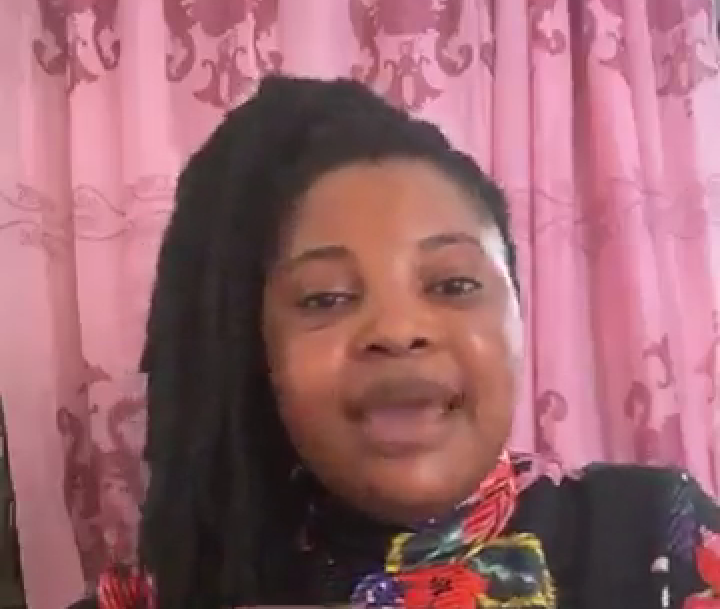 Recall that Ada Jesus has been bedridden over kidney problem for months and the recent reports say she is now down with stroke. In the meantime, she has been allegedly asked to seek for forgiveness from the spiritual people ( Chi prophet Odumeje, etc) she used to dare, mock and lie against on social media after her sickness defied medical treatments. 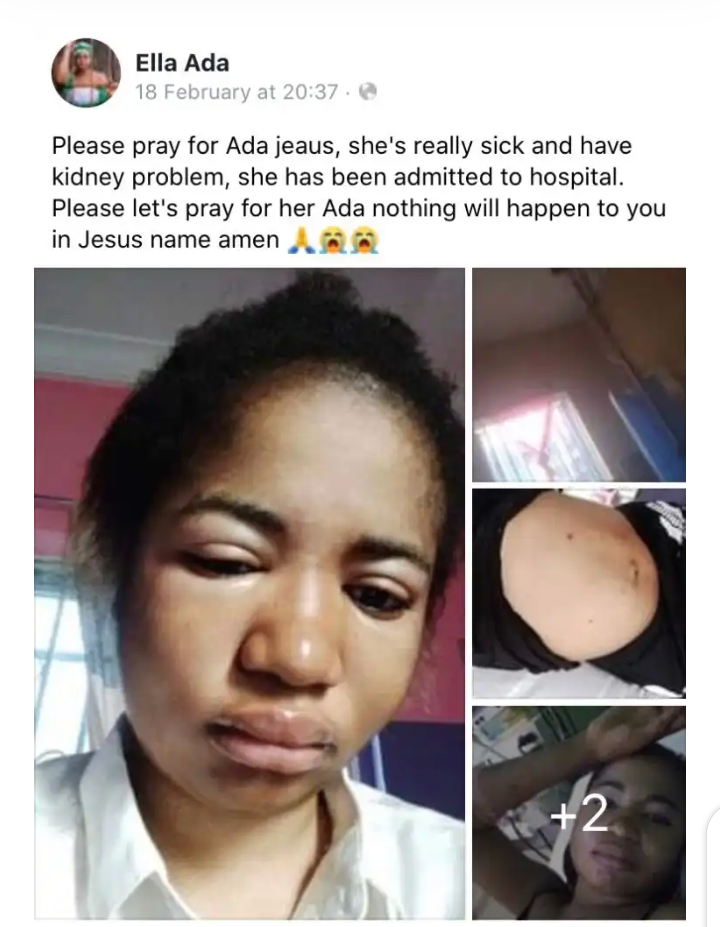 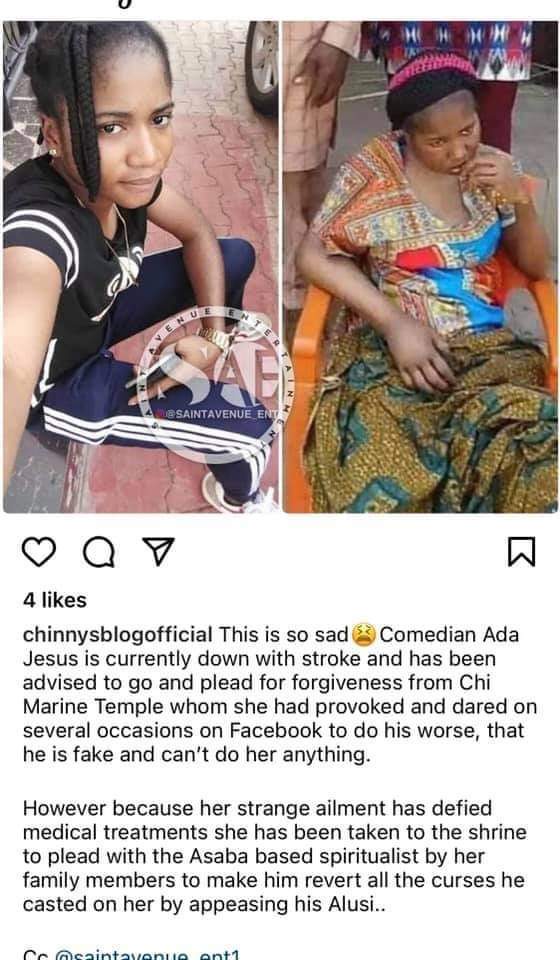 Adaobi noted that because a number of people are ignorant of the tradition and how it works, that is why evil things are befalling them! On Ada Jesus's case, she said people had earlier suggested that her illness has nothing to do with those she wrongfully abused online. And some said it's mere a kidney failure that only required medical attention but at the end, nothing of such!

On how any Deity or Alusi works, she you said before Alusi finally fights someone by gunshot or gun powder, depending on the shrine you were reported to, the priest (Native doctor) serving the deity will first of all summon you to come and speak for yourself. So, sometimes, the case could be solved amicably without going ahead to report you to Alusi! 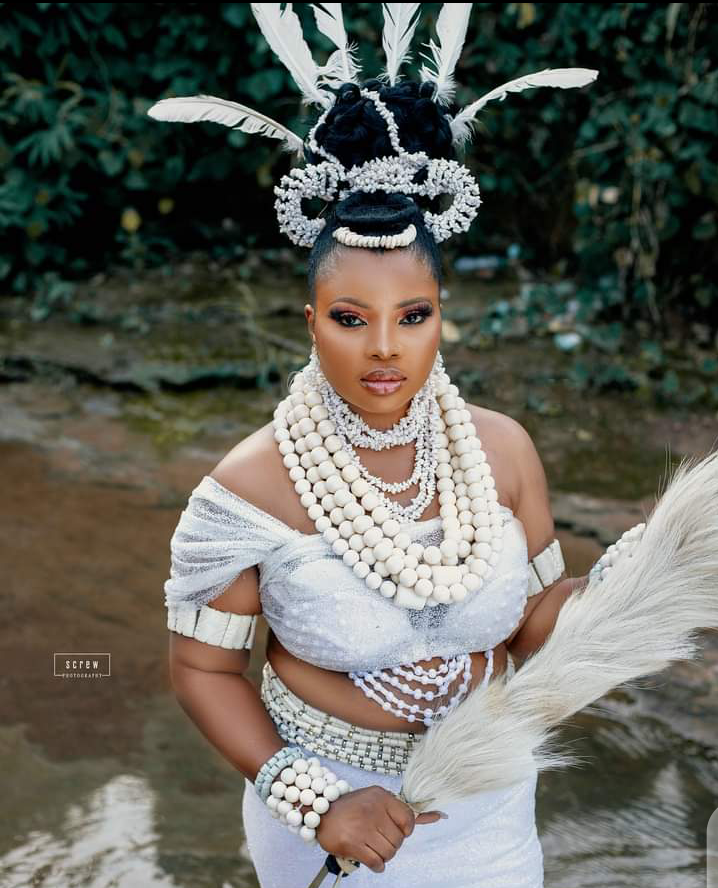 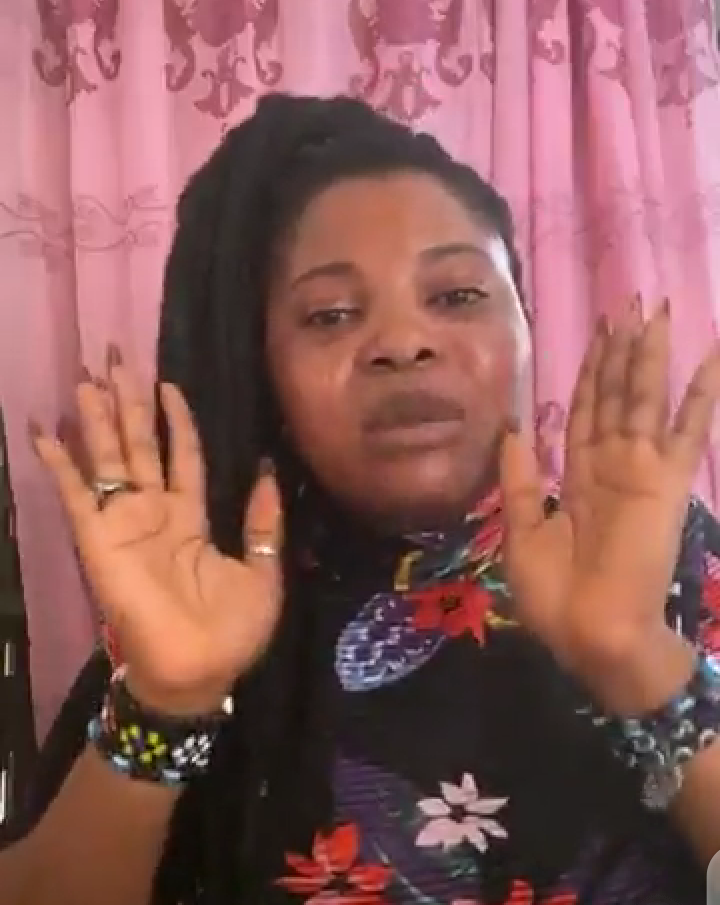 However, if you refuse to come out and tell your own side of the story before the deity and the date given elapses, then, gunshot will now be sent out with your full name telling the Alusi (deity) to go ahead and do as the person who reported you wished!

According to Adaobi, Alusi strikes with powerful forces, it will first inflict the accused person with an ailment with a particular name and it will spread to the internal organs or external parts like swelling up of bodyv parts and no matter what medication administered to the person, it'll only trigger it to get worse. It might lead to partial strokes, blindness or elephantiasis! 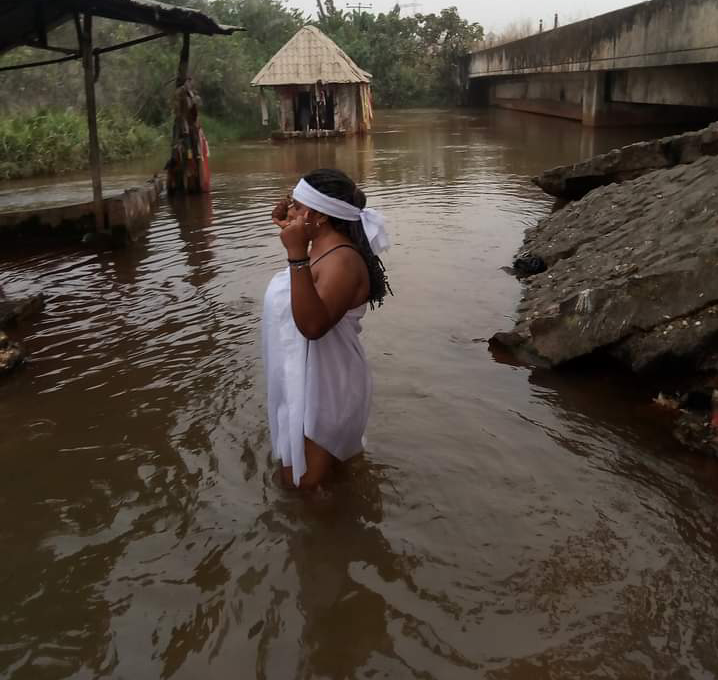 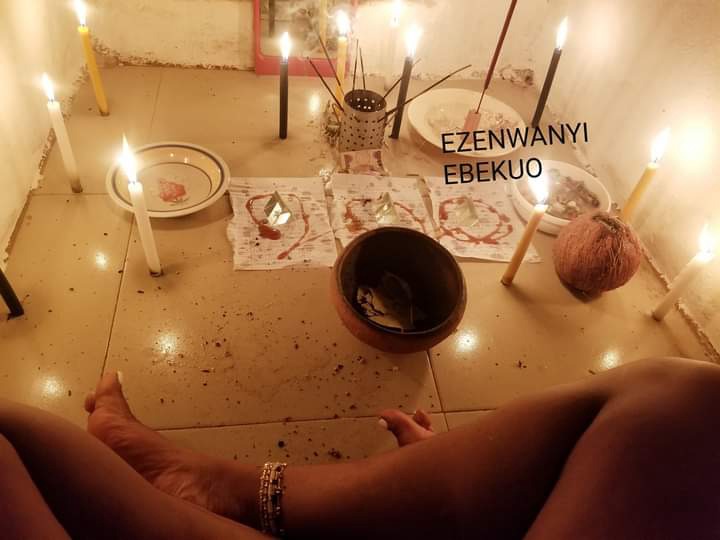 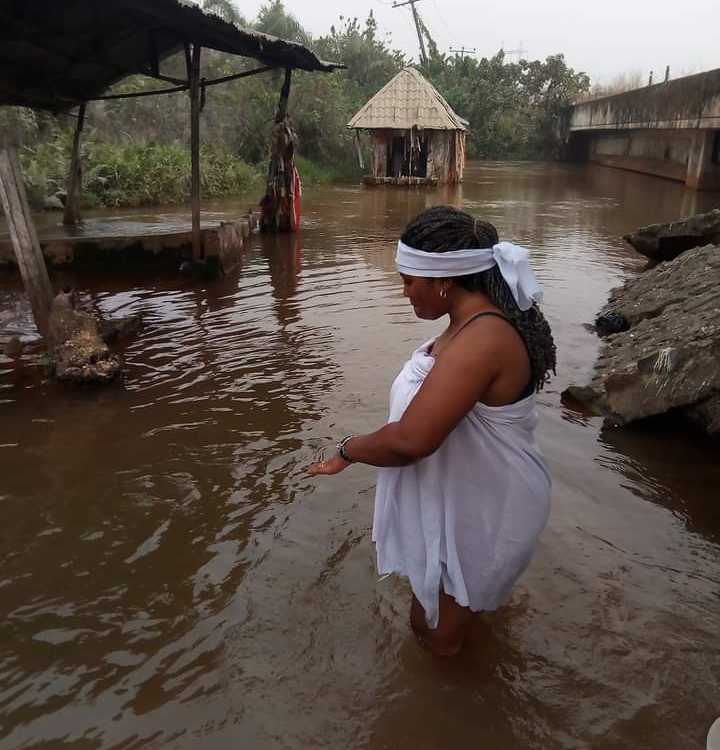 Adaobi said: "This illnesses will defile all medical tests till the person goes back to the deity and surrender for forgiveness. Otherwise, death is inevitable and when that happens, the deceased family will be warn not to bury the person till that deity is settled. But if they disobey, and went ahead and bury the person, the deity will come after everyone involved in planning the burial.

She further reitrated that some deities don't stop till all the family members are all killed provided if they don't do anything about appeasing the deity! She then advised people to always honour invitation brought before any deity, speak for themselves and never take any oaths there! 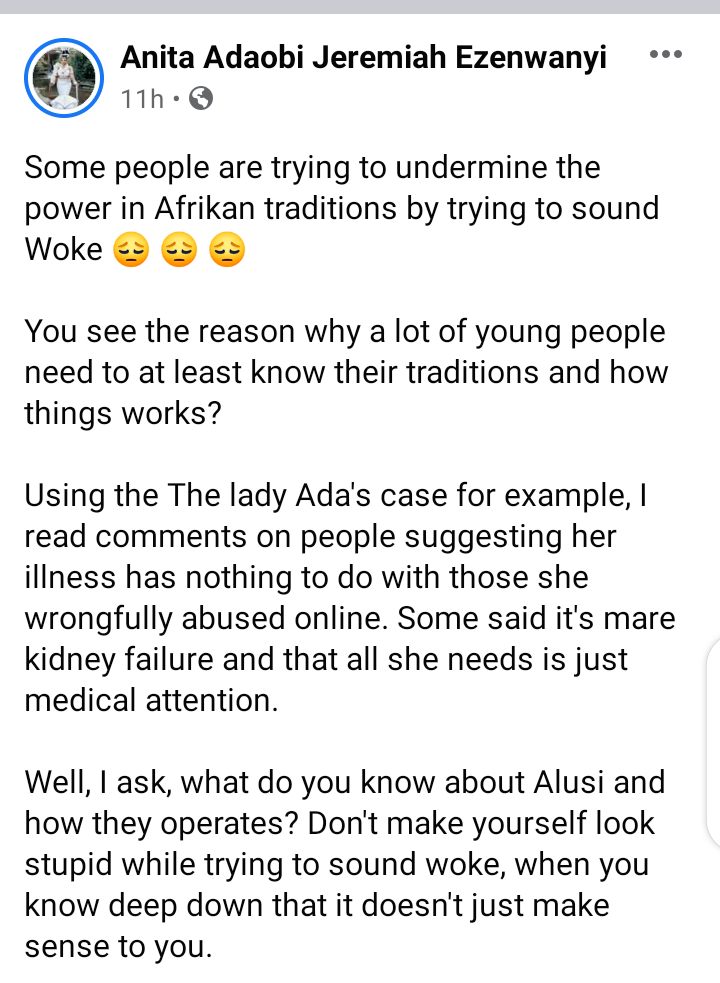 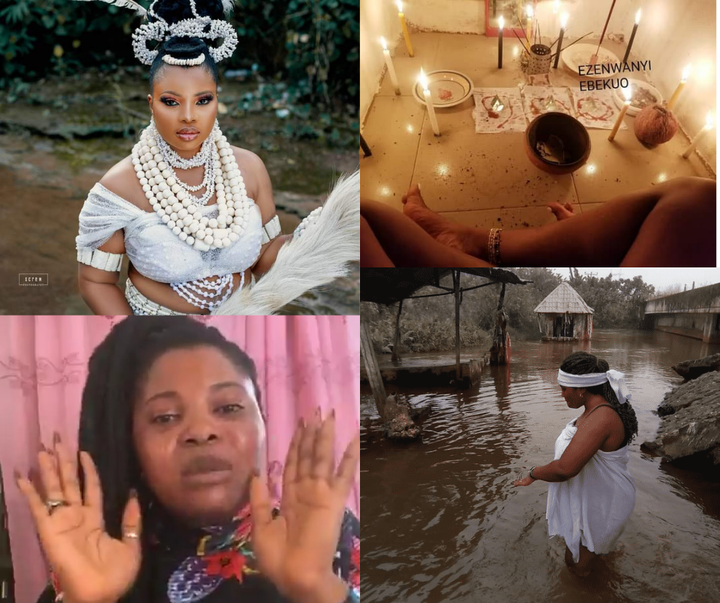