From Enemies To Friends: This Imam and Pastor Should Be Role Models To All Christians And Muslims

By GodDaily (self media writer) | 2 years ago Some of you must have probably heard the story of Imam Mohammad Nurayn Ashafa and Pastor James Movel Wuye, as you can't talk about religious conflicts in northern Nigeria without mentioning their names. 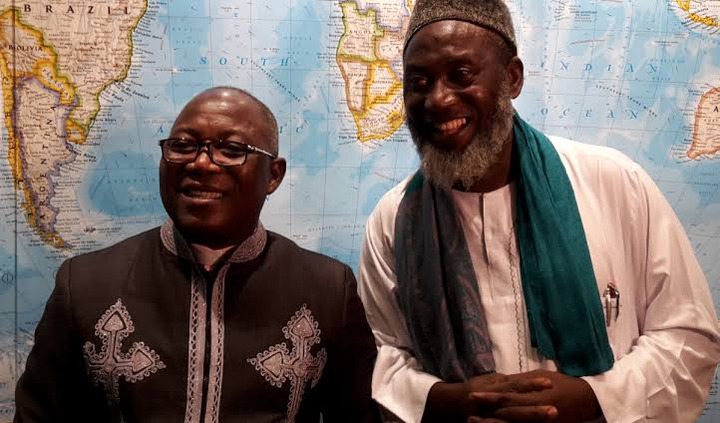 The two clergies, who spearheaded and led rival groups causing religious hatred and conflicts in the country between the year 1987 and 1992, later turned out reconcile their differences and became peace ambassadors.

For those who aren't quite conversant with the story, let me take you down memory lane.

Mohammad Nurayn Ashafa was born on October 1st, 1959 in the city of Zaria, Kaduna state and spent most of his childhood years in the Quranic recitation school (Madrasa) attached to the mosque belonging to his father Abdul-Yakeen Ashafa, who is a spiritual leader in the Muslim Sufi order. As a first son, his father started preparing him for spiritual leadership by restricting his education to only Quranic schools at a very young age fearing that he may get converted if allowed to attend conventional schools which were mostly owned by Christian missionaries.

He grew up teaching his peers the values of Islam and selling Islamic books and articles on the streets of Kaduna. 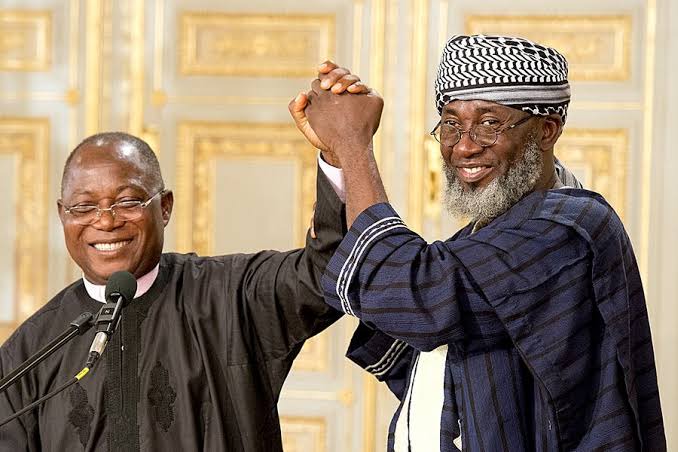 However his father later broke his Islamic education rule when he was 16 years old by allowing him to go and study in a Methodist Church owned primary and secondary school in Oyo state. This was after much persuasion from a friend. While in school, Mohammad Ashafa learnt a lot about the bible as Christian Religious Knowledge was the only faith-based subject taught in the school which was also compulsory for all students. When he went back to Kaduna after secondary school, he started reading about other religions (Hinduism, Judaism, Shinto, Buddhism, Taoism, African Traditional Religion) and making comparisons which his father feared he might derail; but his Islamic faith even got more strengthened and it ignited his desire to become an imam like his father. He later travelled to Sudan where he studied Arabic at International University of Africa and is currently the Imam of Ashafa Central Mosque, Kaduna, Nigeria.

Pastor James Movel Wuye was born in Tudun Wada in Kaduna state and grew up in Tudun Nupawa, a neighbouring town in the city.

He attended Baptist Church with his parents as a kid but had no interest in religious leadership then as he had always wanted to be a soldier like his dad who who fought during the Nigerian civil war of 1967 to 1970. 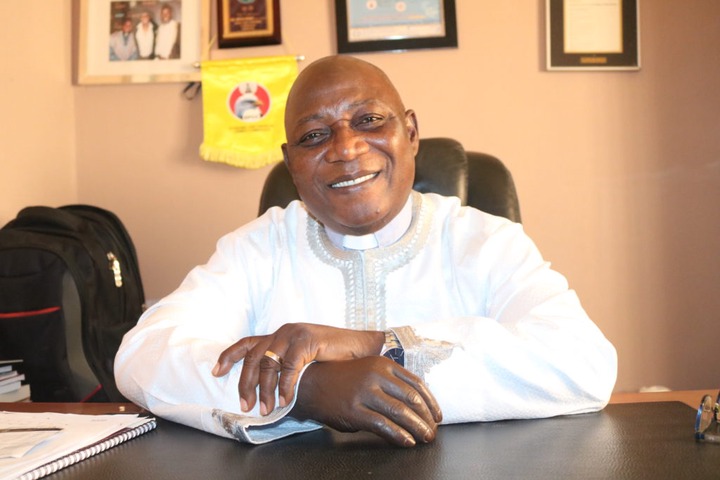 However, his interest in spiritual leadership got strengthened at the age of 13 through his uncle whom he always visits in another city in Kaduna. He always attends Assemblies of God Church with his uncle and soon stopped attending Baptist church as he became very devoted to Assemblies Church. His zeal and commitment to God's work earned him the position of an interpreter in his church in 1987, where he interpreted sermons to from Hausa language to English language, and vice versa.

From there, he later became the Assistant Secretary of Christian Association of Nigeria (CAN), Kaduna state chapter and was privileged to work with late Evangelist Reinhard Bonnke's crusade team as an interpreter when they visited Nigeria. It was Suzzane, one of Reinhard's partner, that told him that God revealed to her that he is being called into full time pastoring ministry. He doubted at first, but was convinced when she gave him Sixty Naira (about eight dollars) and said God told her that he needed the money for a pressing issue, and truly he needed it for his son's school fees. This inspired him to attend Assemblies of God northern Theological seminary in Kaduna and obtained a diploma in Theology. He later became a pastor after obtaining an undergraduate degree at Vision university and a Master's degree from West African Christian University in Theology.

How They Crossed Paths

In 1987, there was a bloody religious conflict in Kaduna which started from an argument between Muslim and Christian students at a College in Kafanchan town about a Christian preacher who allegedly misquoted a Quran verse. This was the first major religious crisis in Kaduna and about 1,295 lives were lost in the clash. This aftermath of the conflict made Muslims and Christians to form their different Militias against future crisis.

The Youth Wing of Christian Association of Nigeria (YCAN) formed a militia under the leadership of James Wuye (who was the Secretary then) to fight and protect Christians during religious crisis. The Muslim on the other hand, formed a militia under the National Council of Muslim Youths Organization (NACOMYO) led by Mohammad Ashafa (who was their Secretary too) to fight and protect Muslims as well. Their paths crossed in 1992 when the Christian and Muslim Community in Zango Kataf area of Southern Kaduna had a dispute over the town's market space. This resulted to a state-wide fight between Christian fighters led by James Wuye and Muslim fighters led by Mohammad Ashafa, which ended up leaving about 2,000 people killed. They both suffered personal losses as Wuye's right hand was chopped off during the crisis, while Ashafa's spiritual teacher and two cousins were killed.

After the bloody incident, they developed a strong hatred for each other and sought a chance to kill each other but never met until 1995. The year which UNICEF partnered with the Kaduna state Government to immunise children against Polio. Many parents misinterpreted the immunization exercise refusing to release their children, which led the Government to invite opinion leader to sensitize them and correct their misinterpretations. During the meeting break, a Muslim man identified as Idris Musa who was working at Kaduna Broadcasting corporation, tried to settle them after joining their hands together and leaving them to reconcile their differences, but both men just left after exchanging casual greetings. However weeks later, Ashafa's fury was melted by after listening to an Imam's preaching about forgiveness during the Friday prayers. He visited Wuye the next day and they had a dialogue at Idris Musa's office.

After then, they had a peaceful reconciliatory meeting at the British Council in Kaduna and their friendship began. They started the Interfaith Mediation Center (a Muslim-Christian dialogue forum) promoting religious tolerance in Kaduna and has since been getting backups and supports from various local and international organizations. They also organise lectures, television and radio programmes where they encourage Nigerians to embrace peaceful co-existence, and have been nominated twice for Nobel Peace Prize.

With the rate of religious fanatism and extremism in Nigeria and the world at large, I hope that this story of Ashafa and Wuye would make us embrace peaceful coexistence and promote religious tolerance, as violence will only lead to regrets.

Let us emulate the perfect example of these imperfect Role Models, for they saw their mistakes and made the best out of it.

Remember that you were human first before you became Christian or Muslim. May God help us all!

Content created and supplied by: GodDaily (via Opera News )