Who Is Pastor TB Joshua's Wife 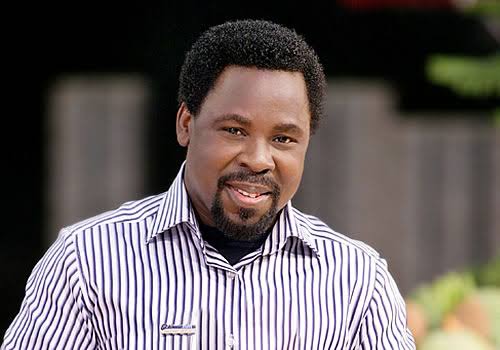 Temitope Balogun Joshua (born June 12, 1963) 56 years, commonly referred to as T. B. Joshua, is a Nigerian charismatic pastor,televangelist and philanthropist . 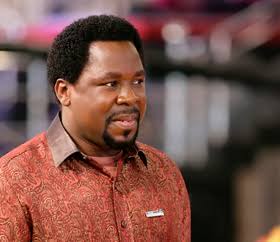 He is the leader and founder of The Synagogue,Church of All Nations (SCOAN),a Christian megachurch  that runs the Emmanuel TV television station from Lagos. 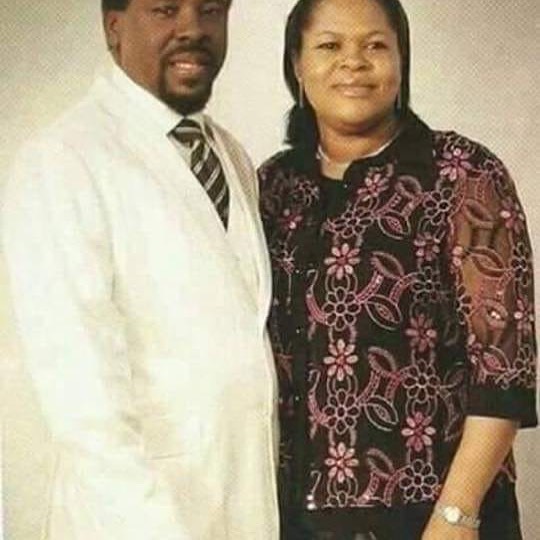 Behind every successful man, there’s usually a woman.

In the case of the popular pastor, TB Joshua of the Synagogue Church of all Nations, the woman behind his success in ministry is his wife, Evelyn Joshua.

Little was known about the amiable wife of the notable prophet but a few years ago, she granted an interview where she disclosed a lot about herself and her lovely family. 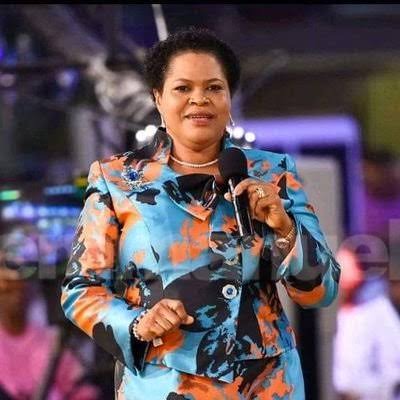 In this post, you will find out several things about Evelyn, the adorable wife of TB Joshua. 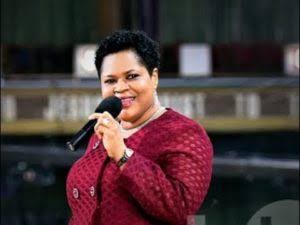 She is a native of Delta State where she hails from Okala Okpuno in Oshimili North Local Government.

Evelyn was born a twin but her twin brother is late

She was born to the families of Mr and Mrs Nicholas Akabude. 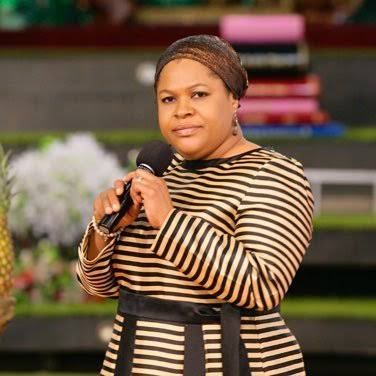 Evelyn would later come to Lagos in 1977 where she completed her primary education at Orile Primary School in Oshodi.

She also had a secondary education in the same vicinity.

At the time when she met her husband, she was working at the Nigerian Distilleries in Ota while attending the Assemblies of God Church.

After she got married, Evelyn attended some management courses in Ghana.

Although, she is the wife of a pastor, she’s not a pastor but she’s actively involved in her husband’s ministry.

According to Evelyn, TB Joshua proposed to her within forty five minutes of their first ever meeting.

She was twenty two years old at that time.

Evelyn visited her sister at Ikotun-Egbe and everyone seems to be talking about a particular prophet.

Interestingly, all of them seem to have good things to say about him.

She wanted to meet the prophet as well because at that time of her life, she was looking for a spiritual guide.

She went to see him at home with her sister but she didn’t meet him.

Many months after, she went to see him again but this time she met him.

She was surprised to see that the prophet was such a young man.

When he met her, he looked at her for quite some time then he wrote the word Ejide (twin) on a piece of paper.

TB Joshua told Evelyn many things about herself, some of which she knew and some that she didn’t.

After their conversation which lasted about forty five minutes, he proposed to her.

This was really strange to Evelyn but according to her, when he made the proposal, her heart agreed with it.

She would later ask him how he could see a lady the first time and propose to her.

It was at this point; that he told her about a vision he had some days ago.

Evelyn married T.B Joshua some months after that meeting and so far, it’s been a happy experience being married to the prophet.

According to Evelyn, that fateful meeting with TB Joshua was a divine arrangement because on the morning of the meeting, she actually had an instruction to go and see him. And looking back at it even though the proposal felt strange and she’s grateful to God that their marriage has worked quite well so far.

Evelyn has been married to TB Joshua for over 25 years although she says there were some initial challenges due to their marriage being cross-cultural.

TB Joshua hails from Ondo State while Evelyn is from Delta.

But apart from these initial challenges, things have been good and she feels fulfilled in her marriage.

Interestingly, all her children are girls and this is sometimes an in some marriages, but Evelyn says she’s really not bothered because her husband doesn’t have a problem with it.

Also, she seems to have a lot of boys around her, so she doesn’t feel left out not having any son.

According to sources, Evelyn is a workaholic and many say she’s the second most powerful person at the Synagogue Church after her husband.

Evelyn works alongside her husband in his ministry and she’s often seen meeting and counseling people especially those that were unable to see the prophet.

What Evelyn says about TB Joshua

There have been a lot of rumours about the kind of person TB Joshua is especially in the media.

According to Evelyn, TB Joshua isn’t a strange man or a mysterious person.

She states that he’s simply dedicated to his calling and he’s a man who fears God.

Also, she claims that the negative stories about him don’t affect her because she knows her husband as a honest and humble person who strives to please God at all times.

Couples Only: 5 Reasons Why Regular Love Making Is Important In Your Marriage

Thank You Lord For Another Year Of Grace, Mercy, Blessings & Peace - FFK Says As He Turns 61 Today