By OlowookereAdebayo01 (self media writer) | 4 months ago

Prophets and priests are men specially selected and ordained by God for His services. The origin of the prophetic office, in a proper and recognized format, could be traced to the times of Moses when he brought out the Israelites from Egypt. Although, men like Noah, Enoch, even up to father Abraham were reputed as prophets of the highest God. But, the office was properly assigned with defined recognition during the time of Moses.

The example of leadership of Moses could be easily termed as religious leadership because he was both the prophet and spiritual leader of the people. He was the one who acted as the mediator between the Israelites and God. In matters of the establishment of the nation of Israel and the rulership, he was the leader and the head of government. (Illustrative picture: Moses was the first Prophet, with an established portfolio of office. He was both a leader and the spiritual head of the people. He was the mediator between the people and God) 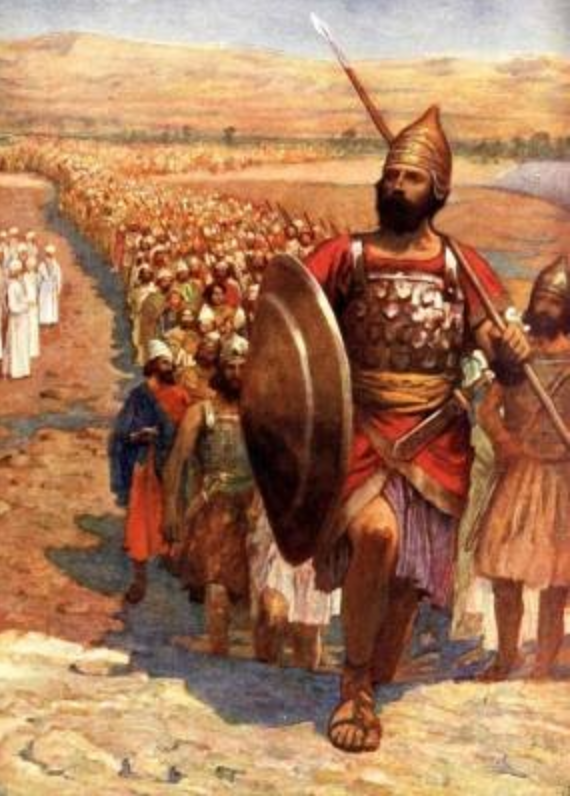 (Joshua was both the commander of the army, and the enforcer of spiritual duties in the people. Although, not a prophet, by then, Moses had instituted the various spiritual offices, which Joshua was answerable to

After Moses was Joshua, who was also both a military commander, during Moses, and also, when he became the leader of Israel, and also the spiritual mediator, but not like Moses. Joshua was never a prophet, but, he'd operated in the office severally. By the time Moses passed on, he had successfully instituted a governing council and the enforcement of the laws of Jehova that was brought down by God on Mount Sinai.

The first judge over Israel was Othniel, the younger brother of Kenaz, Caleb's brother. Several other Judges ruled over Israel, including the prophet Samuel, the last of the judges, until Saul, the beginning of Kingship in Israel. We shall highlight the positions of the prophets in the government of their nations, Israel, in the past. In the history of the world, prophethood started with the nation of Israel. The worship of God, Jehova, started the beginning of true worship of the Lord, the creator of the universe, since the times of Enoch, as stated from the beginning.

According to the Bible, the work and duties of a prophet are not limited to divine services alone. After Samuel, ended the rulership of the prophets over the nation of Israel. As recorded, the prophets were also the rulers of the kingdom of Israel. They were both the spiritual mediators between the people and God, and also, the lawgivers, in the control and rulership of the nation. The duties of the prophets were later restricted to spiritual services after the beginning of Kingship, which started with King Saul. After the Israelites rejected the position of judges in Israel, as a result of their relationship with other nations, who they have seen their style of rulership, that were controlled by kings, they too demanded to be ruled by kings, which God, did not object to, but asked Samuel to give them what they wanted, and that, they've rejected Him, God, as rulership over them, for the rule of man. The role of the prophet as a kingmaker was exemplified, starting from Prophet Samuel. He anointed King Saul as the first King of Israel,

"Then Samuel took a vial of oil, and poured it upon his head, and kissed him, and said, Is it not because the LORD hath anointed thee to be captain over his inheritance?"

and he was also instrumental in the ordination of his replacement in King David, when he fell short of the will of God, later in the years of his rule over Israel. The prophets were the sole kingmakers. They are Divinely vested with the power and order to appoint and dethrone kings. This could also be seen in the dethronement of King Saul, in the book of 1 Samuel 15:26-28

"And Samuel said unto Saul, I will not return with thee: for thou hast rejected the word of the LORD, and the LORD hath rejected thee from being king over Israel. And as Samuel turned about to go away, he laid hold upon the skirt of his mantle, and it rent. And Samuel said unto him, The LORD hath rent the kingdom of Israel from thee this day and hath given it to a neighbour of thine, that is better than thou".

In the above passage, the position of the prophet as the king remover is highlighted. He made King Saul in 1 Samuel 10:1 and removed him in 1 Samuel 15:26-28.

Their influences were not limited to Israel alone, Elijah also enthroned kings over some other nations,

And the LORD said unto him, Go, return on thy way to the wilderness of Damascus: and when thou comest, anoint Hazael to be king over SYRIA:

The capitalized word, Syria, in verse 15, is another nation entirely with Capital in Damascus, (till date). Elijah was the one responsible for a king making business in the nation. So, the influence of the prophets in the past was world-class. They were the main point of interest in the world. 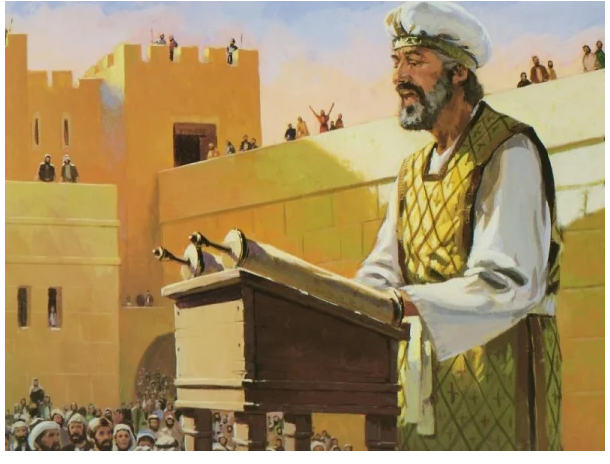 (The prophets are the lawgivers. They occupied the position of the judiciary and executive, while God, is the sole person in the legislature)

The prophets also served as lawgivers. They were the mediators between God and the people. The nation was ruled through the doctrines and divine laws, not the laws of man. God anointed prophets, who would serve as lawgivers and interpreters to the people. Right from Moses, to Samuel, they Interpreted the laws and also are instrumental in their enforcement of the people.

PROPHETS AS MOUTHPIECES, AND MEDIATORS:

It is believed that the prophets are the sole knowledgeable people on the things of God, and also the righteous ways of handling the things of the world. Since the laws, wherein the people are ruled is according to the divine mandates, and prophets are ordained of God, they are the mediators, who stand between the people and God. The prophets pray to God, on behalf of the people, and also, petitions God, on matters that pertain to their safety and heartfelt concerns.

Nations rely on them for good justice and governance, despite the position of the kings:

Even, with the position of the kings as rulers over Israel, the prophets are still the major factor in which good justice and governance are determined.

AS THE SOLE CHIEF JUDGE, WHO REBUKE AND CONDEMN KINGS: (Prophets as judges, who rebuke and condemn kings: Illustrative picture of Nathan the prophet as he condemns King David on the case of Uriah, and his wife Bathsheba, whom he took and laid wit, having killed Uriah)

In 2 Samuel 12:1-12, King David had committed his renowned terrible sin in that he took the wife of Uriah the Hittite his faithful warrior and also killed him, despite taking his wife. He had forgotten the deed, after the wars, but, God did not forget. God sent Prophet Nathan, to him to rebuke him of his misdeeds and pass a verdict on his misconduct,

And the LORD sent Nathan unto David. And he came unto him and said unto him, There were two men in one city; the one rich, and the other poor.

And Nathan said to David, Thou art the man. Thus saith the LORD God of Israel, I anointed thee king over Israel, and I delivered thee out of the hand of Saul;

And I gave thee thy master's house, and thy master's wives into thy bosom, and gave thee the house of Israel and Judah; and if that had been too little, I would moreover have given unto thee such and such things.

Wherefore hast thou despised the commandment of the LORD, to do evil in his sight? thou hast killed Uriah the Hittite with the sword, and hast taken his wife to be thy wife, and hast slain him with the sword of the children of Ammon.

Now therefore the sword shall never depart from thine house; because thou hast despised me, and hast took the wife of Uriah the Hittite to be thy wife.

Thus saith the LORD, Behold, I will raise evil against thee out of thine own house, and I will take thy wives before thine eyes, and give them unto thy neighbour, and he shall lie with thy wives in the sight of this sun.

For thou didst it secretly: but I will do this thing before all Israel, and before the sun.

King David was rebuked and condemned for his evils, which he quickly repented of. The prophets were fiery personnel's, who carried out the orders as directed by God, against or in favour of kings in the past.

AS RESTORER OF PEACE AND TRANQUILITY TO KINGDOMS:

Prophet Elijah and Elisha were renowned prophets, instrumental in the restoration of peace to war-torn zones, not only in Israel but, their influence cuts across borders. They made laws and control borders across Israel, into Syria, Lebanon and beyond.

THE INFLUENCE OF THE CHURCH IN ANCIENT BRITAIN: 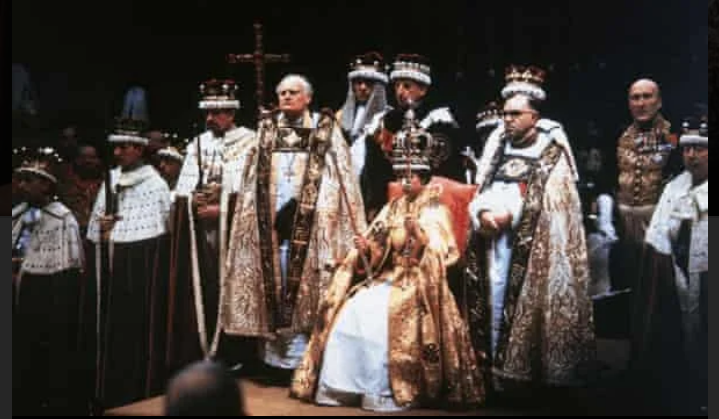 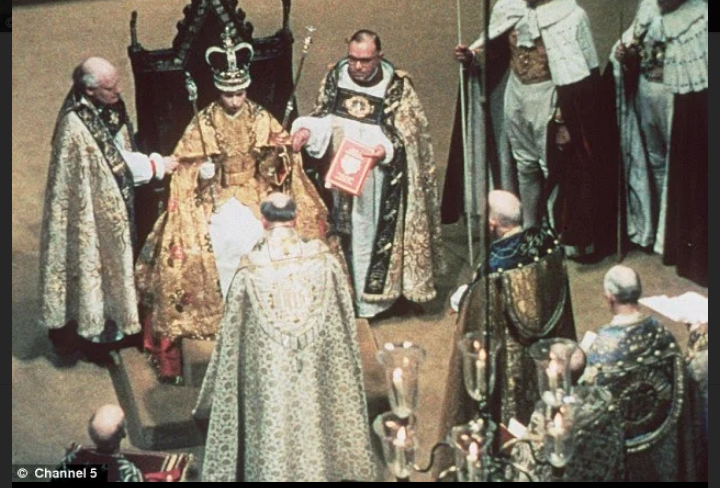 (Although, till date, the Archbishop of Canterbury is still vested with the responsibility of enthroning the monarchy in England, his duties are limited in the affairs of the state in modern times)

The influence of the prophets did not end in Israel alone. Ancient Britain used to be controlled by the archbishops and religions bodies of the Roman catholic. The Church, then Roman catholic was so influential in the decisions being made in the nation before the church of England was separated from the Roman Catholic in 1534 by Henry VIII, as a retaliation of being prevented by the church from nullifying his marriage to his first wife, Catherine of Aragon. So, the church was so influential in the decisions made for the control of the nation.

THEIR POSITIONS IN MODERN TIMES: 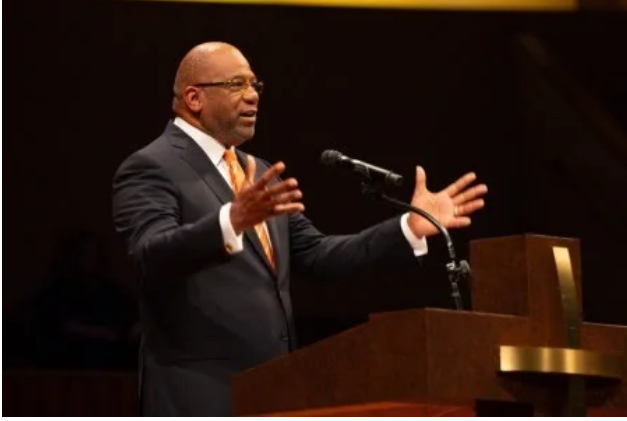 (The major influence the men of God could have in the control or decisions of the government nowadays is in the area of prayers for the nation, and advises to their Various congregations)

Prophets, as discussed earlier, used to be the major superpower that control all nations and decides what they would do. But, in recent times, things have changed. They are now confined into the tight corners of churches. We're in the age where prophets and men of God, cannot have a say in what is going on in the nations. The impact of the men of God in the nations these days are rarely felt save, for prophecies, and Few prayers here and there. Although some pray in the background for the nations, Prophets were never in the background in the time of old. They were the significant figures that all people sought after. What happened? It is the reversal of great fortunes and the relegation to the pulpit. It shouldn't be so. 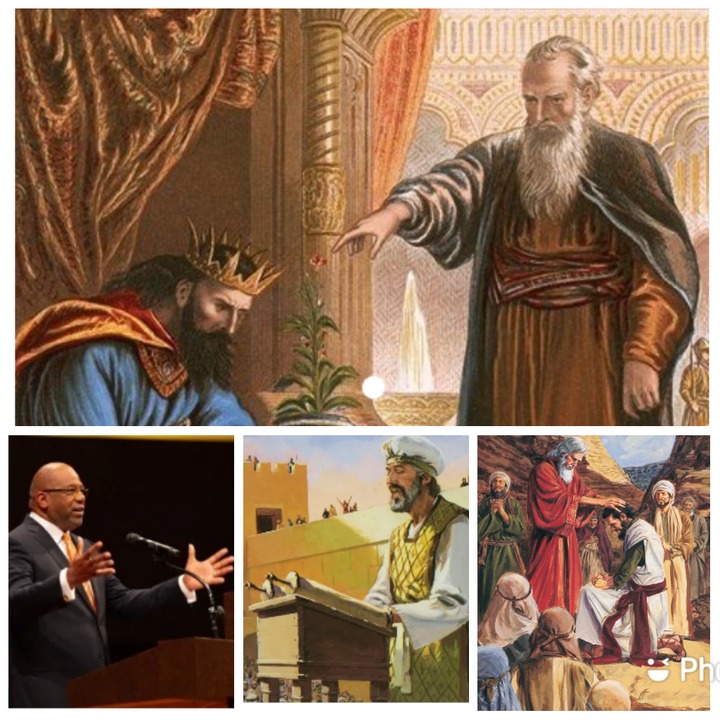