It is not a new thing for most Yoruba speakers to be surprised when they speak and the Igala person next to them understood what they talked about but when the Igala persons speaks, they would never be able to decipher what he or she had said. 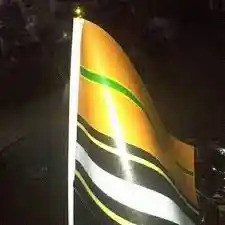 It is not far fetch that this two tribes are like the water H2O. They formed the language or part of the language called the Niger-Congo language. The two on its own is called Yoruboid languages.

In Igala etymology, it is believed that the two most popular figure in Yoruba are given their names by the Igala. That the names are if Igala origin. It is not a new thing that ancient Yoruba worship fire, thus the thunder.

Olodumare in Igala etymology means olu-odudu-mare, which means those that worship the morning sun.

Oduduwa on the other hands means Odu-Duwa which means God is the one that brought him in Igala.

Follow me for more updates on things happening around you and globe at large.