Anambra governorship elections holding on November 6 may be largely influenced by churches as they are now at war over which denomination will produce the next governor of the state. This latest revelation is authoritatively gathered by the Nation.

This picture is used to illustrate the story 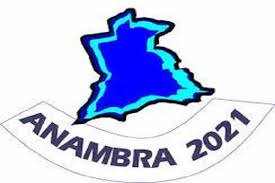 According to the report, the names of the churches that are taking lead in this kind of denominational politics are Catholic, Anglican, and to some extent, the members of the Pentecostal denominations, including traditional worshippers.

However, the bone of contention is the overdominance of the political space by members of the Catholic Church in the state over the years. It is alleged that all the governors that have been ruling the state are Catholic members. And this has caused great dissatisfaction among other orthodox churches in the state.

This is why each of the so-called 'deprived' denominations has now vowed, this time around not to leave any stone unturned until the governorship candidate who belongs to their churches climb the seat.

The Anglican Church which is at the forefront of the power struggle was reported to have started pushing for a member of its fold to be given a slot to become a governor in the state since 2019.

It is believed that if the demand comes into reality, it would balance the equation, give justice and a sense of belonging that the members of the Catholic Church have enjoyed over many years while in power. It is important to note that the crisis didn't just today but had been on before now.

In 2018, nothing less than 200 Anglican priests had staged a protest against the administration of the outgoing Governor Willie Obiano for marginalizing the church in the scheme of things such as infrastructural development, grants, and other benefits.

Photo of an Anglican church 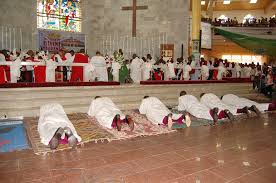 The power struggle to take over the governorship seat on November 6 is not peculiar to Anglicans alone but to others too. As an instance, the leadership of the Pentecostal Fellowship of Nigeria, (PFN) is also talking tough ahead of the election.

The PFN said they have played second fiddle in the state for a long time, adding that it is time for the fold to take its rightful place in the politics of the state with the November 6 election.

One aggrieved cleric quoted to have said: “Any political party that has our member as its candidate, even if the person belongs to a spirit party, we will vote him or her. Enough is enough.”

While these churches are confronting each other over which denomination produces the next governor of the state, I think these important things are required of them to do churches

Churches should be apolitical, come together to preach peace, unity, and tolerance before and after the Anambra elections

This is the time their godly words, admonition, and teachings are needed most in the state. They are required to preach peace against election violence and calm the aggrieved individuals who might cause mayhem before and after November 6.

It is believed that the politicians, electorates, and stakeholders who will partake in the election would listen because they are all adherents of these churches. The interference of religious bodies in political affairs may even worsen the insecurity ravaging the state.

Photo of a Catholic Church 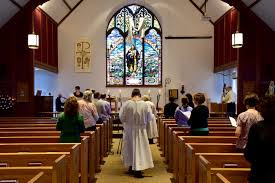 Unfortunately, our people have allowed religious politics into our system and if not checked, it’s capable of destroying the system. It is a dangerous dimension in Anambra politics, and whoever is propagating should desist from it because God is for all of us.

In Nigeria as a whole, religious politics has dealt a big blow to the polity because people are not picked based on capacity and competence, but on primordial issues.