Here are some news headlines

1. Politicians are sponsors of Banditry- Uzodinma 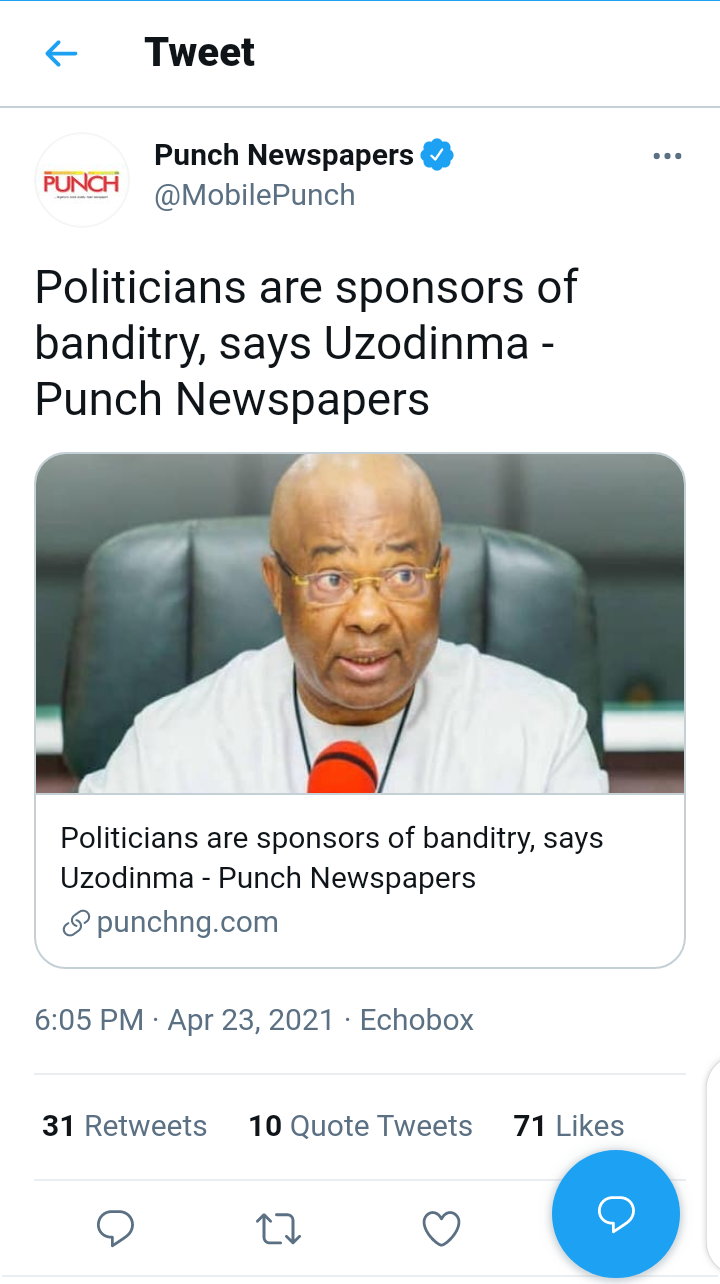 The governor of Imo State, Governor Hope Uzodinma, recently reacted to the security issues that the country is facing. The Governor Alleged that, Politicians are the ones Sponsoring Bandits in the Country. The governor made the Statement after he met with the President in Abuja. When the Newsmen asked him to name those that he feels are responsible for the attack, the Governor declined. He added that, the Buhari administration is trying their best, but some Politicians are trying to spoil the Adminstration and that's why they are sponsoring Bandits. Uzodinma also urged security operatives, to release the names of the Politicians sponsoring Insececurity.

2. Prophet who Predicted Buhari's Buhari's Victory reveals the Next President of Nigeria 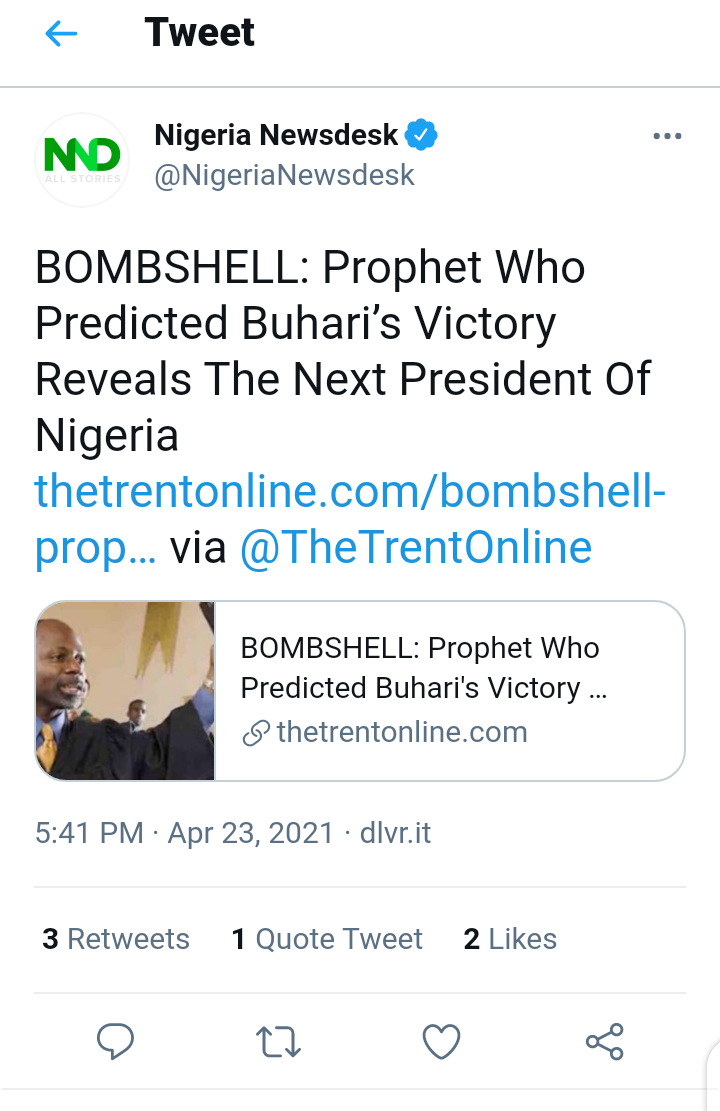 Prophet Joshua Arogun who is the General Overseer of Light of the world International church, have dropped another Prophecy on where the next President of Nigeria will come from. Years ago, the Prophet Prophesied that, President Buhari was going to be the President of the country, and that it was God that ordained it be so. Recently, the Prophet said that the Next Person that will succeed President Buhari, will come from the Southeastern part of the Country.

According to what the Cleric said, the person had been to Prison but Right now he has been released. He also said, after the Election, Nigeria will be more united than ever before.

3. Ekiti Imports Dairy Cows from US 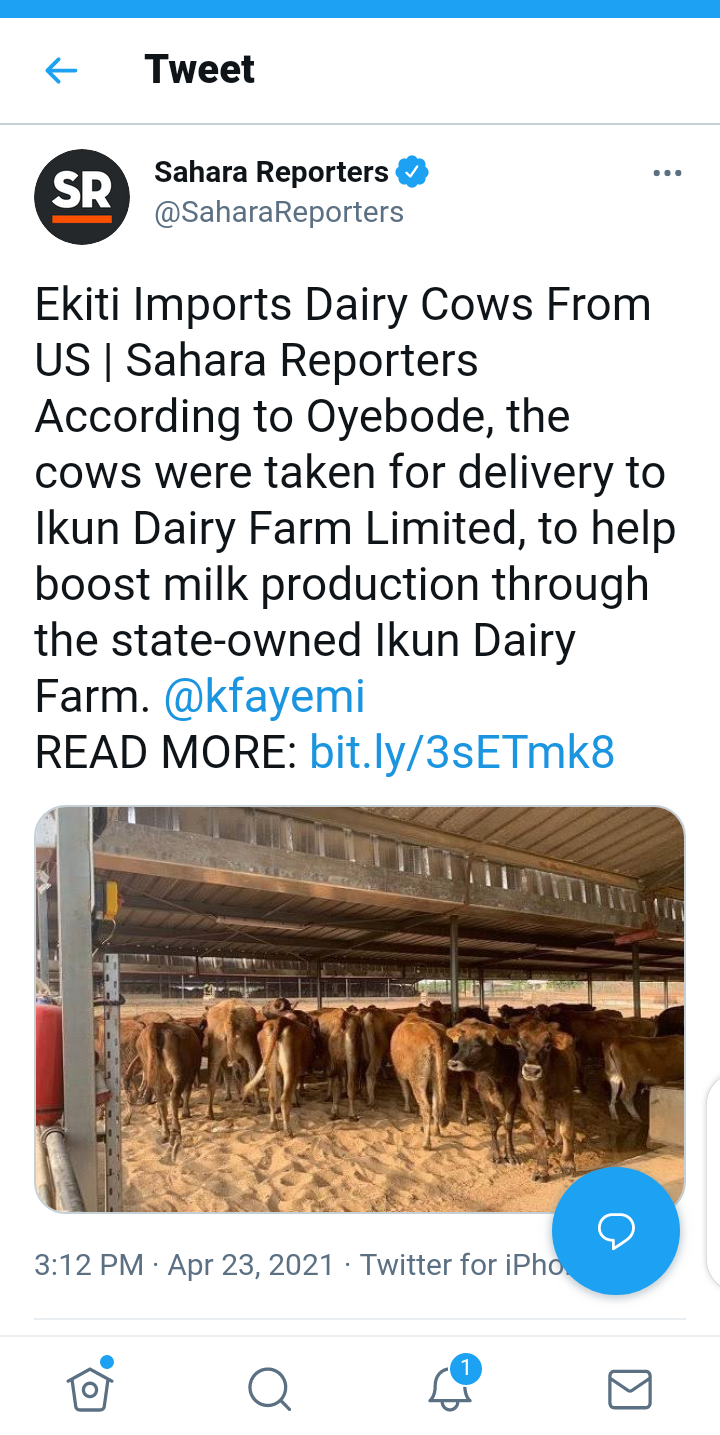 The State Government of Ekiti, have imported Dairy Cows from the United States of America in a bid to increase the rate of milk Production in the State. After the Cows were imported, they were taken to Ikun Dairy Farm limited. 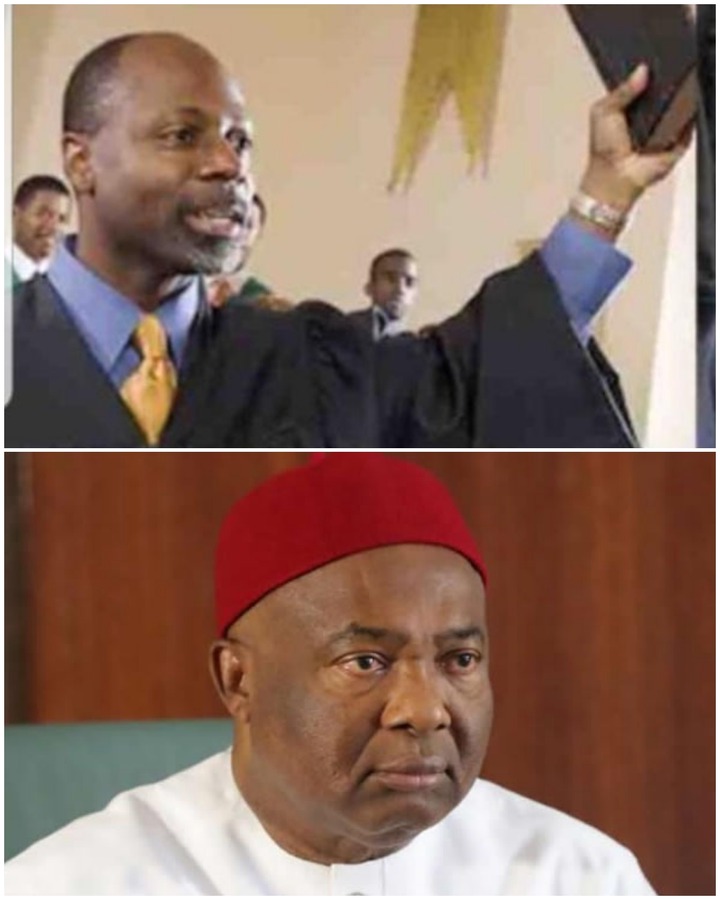