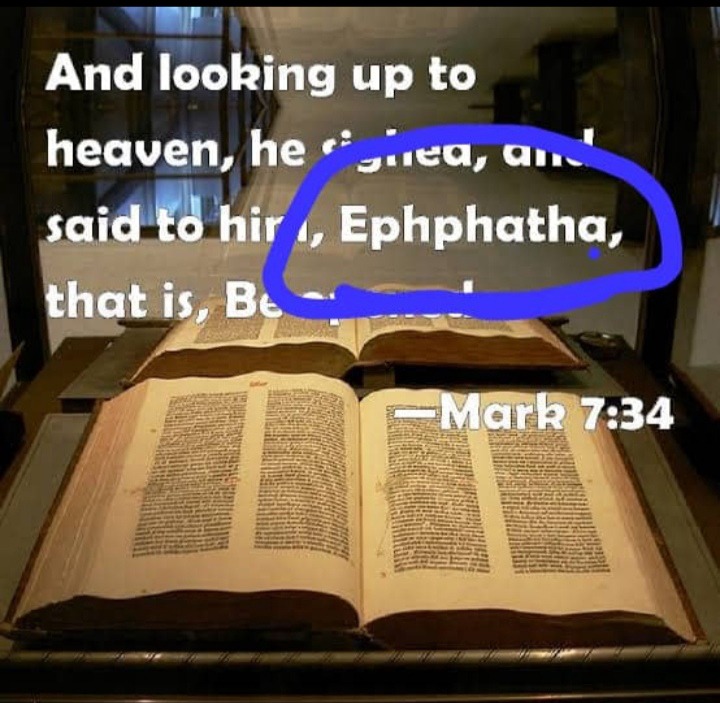 If you don’t read the bible as much as you read other books, you won’t know some of the Bible contents are not written in English Language. In fact, there are about nine words that — even though they were translated — the authors decided to leave them in their original state. These words are in Greek, although some of them are coined from Hebrew language.

Here are the 9 words:

1. Anathema Maranatha: do you know this word is in the Bible? Let me show you in

If any man love not the Lord Jesus Christ, let him be Anathema Maranatha.

If you can’t find it in your Bible, it means you are using a new version of the Bible. It is not an English word. Paul, in his first letter, wrote to the Corinthians that anyone who didn’t like Jesus among them should be accursed. So, anathema maranatha means ‘accursed person till the Lord comes’.

2. Mammon: this word is commonly used among the Christians. That is why people assume it is an English word. It stands for money or material wealth. In Matthew 6:24 kjv…

“No one can serve two masters; for either he will hate the one and love the other, or else he will be loyal to the one and despise the other. You cannot serve God and mammon.

Some Christians think the word Mammon means God. It not a physical god as it represents money. Although money or material wealth can turn out to be a god for the people who cherish prosperity more than the Almighty God. However, it is not a physical god.

Then, looking up to heaven, He sighed, and said to him, “Ephphatha,” that is, “Be opened.”

As you can see, Ephphatha means “be opened”. When Jesus was around the sea

of Galilee, after he left a region of Decapolis, they brought a deaf person who also had speech impediment. Then, Jesus put his fingers into his ears, spat and touched his tongue. After doing all that, he spoke the word — Ephphatha — and immediately (as stated in Mark 7:35…

Of course, nothing is impossible for him to do. Just as he made the whole universe with words (John 1:1 Nkjv…

All things were made through Him, and without Him nothing was made that was made) so he did with the ears of the boy.

In Mark 11:8-9 Nkjv, the people spread their clothes and leaves on the floor as they were shouting “Hosanna, blessed is he who comes in the name of the Lord.

That word Hosanna is never an English word. It is gotten from the Hebrew Bible. It means “save us”.

The Word Raca was an insultive word that people did not tolerate at the time of Jesus ministry on earth. The savior made it clear that anyone who used this word on others would have to stand before the council, of course for questioning and punishment.

Those were the words of the savior on the Cross. As you rightly know, it means my God, my God, why have you forsaken me?

Perhaps, you’ve seen or heard this word. It is a Greek word that is often used along side father — I mean Heavenly Father. In Mark 14:36 Nkjv (And He said, “Abba, Father, all things are possible for You. Take this cup away from Me; nevertheless, not what I will, but what You will.”)

It used to reference God Almighty.

8. Rabbi/Rabboni: the former appear in Matthew 26:25,49 and the later appear in John 20:16 kjv. The former is an Hebrew word while the later is an Aramaic word. They both mean a Jewish teacher or scholar.

9. Talitha cumi: this another powerful word from Jesus. He used this word to raise the daughter of the leader of a synagogue.

Then He took the child by the hand, and said to her, “Talitha, cumi,” which is translated, “Little girl, I say to you, arise.”

It means “little girl, I say to you arise”. When Jesus spoke this word, (Mark 5:42) Immediately the girl arose and walked,

for she was twelve years of age. And they were overcome with great amazement.

Just as Greek, hebrew and Latin have words that are powerful enough to invoke immediate actions when mixed with faith. What word do you think is powerful like that in your own language?

Now is the time to follow us on Opera News and Instagram so that you can always get our latest informative, well-researched and spirit-filled Christian articles only.

Mistakes Students should Never Make In The University

You May Remain Poor For A Long Time If You Don't Do These 5 Things.

After Capturing Boko Haram Stonghold Today, Check Out What A Soldier Did To Honor The gods (Video)