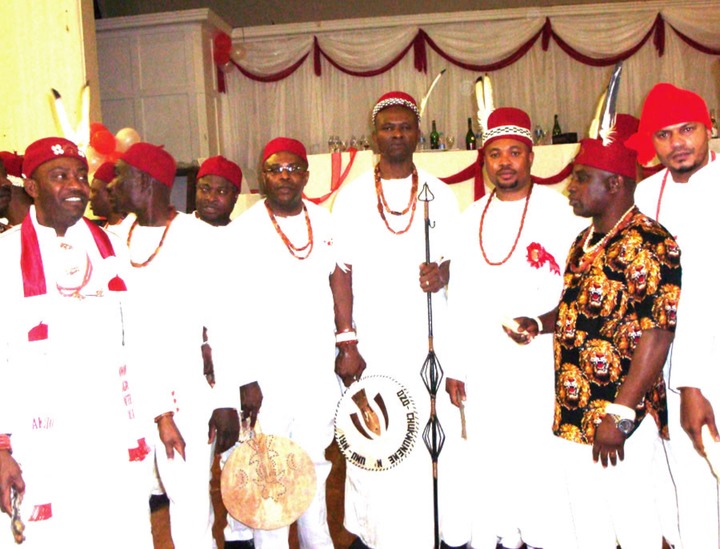 The Igbo name for taboo, "Aru" is believed to have been handed down from the earth goddess (Ala) from an unknown time. Like all the social and religious injunctions, "Aru" originated from unwritten laws. These laws were against moral and religious excesses in the society. There were variations of taboos in Igbo land, and some were often observed at births, deaths, marriage, etc.

There are different types of taboos that existed among the Igbo. These are

1) General taboos, e.g., theft, suicide, adultery, incest, sabotage, witchcraft, disobedience to the leadership of a community, inducing one to commit suicide, using charm to kill someone and murder.

2) Specific taboos. This type was further sub-divided into:

2i) specific taboo for men and titled men, e.g., taking or giving a bribe to avert justice, sleeping with one’s daughter, mother or widows, non-sexual abstinence before going to a deity, insincerity, eating food cooked by a menstruating woman, staying without a wife, etc.

2ii) specific taboo for women, e.g., extra-marital sex, pre-marital sex, a woman in a mourning period moving out without completing the mourning period or shaking hands with men or entering any man’s house, pushing down of one’s husband, delivering twin babies, climbing of palm trees or a kola nut tree.

2iv) specific taboo for neonates, e.g., coming out first with legs and not crying immediately after being delivered.

2v) Specific taboo for animals, e.g., a cock laying eggs, a cock crowing at odd times and a goat giving birth while in rope.

The above lists showed clearly the different types of taboos prevalent in the Igbo land. The specific taboo was sub-divided to ensure that each group knew what was expected of them by the society.

The taboos on some social activities in Igbo land were neglected. It is no longer a terrible crime for one to commit murder.

Unlike in the past when the offender used to perform propitiatory sacrifices of cleansing and his properties burnt to appease the gods and the earth goddess, cases of this sort like adultery, stealing and murder, are taken to the law courts and if the offender is found guilty, is punished through either imprisonment or fine, if not guilty, is set free by the law.

Igbo society today is faced with three sources of values all in conflict. There is Igbo traditional morality, Christian ethics and urban industrial values resulting from science and technology. Before the coming of the missionaries, Igbo land was a place in which the traditional religion laid the basis of behaviour.

The activity of every individual was fenced round with taboos. As a result of that, stealing was regarded as a serious offence. Chastity before marriage was considered highly essential.

The best way of improving moral values is by adopting the existing norms of the society, hence the importance of taboos. One should therefore bear in mind that no people can afford to disregard its fundamental norms without serious detriment to the development of their children. So, Igbo people should try to revive their useful cultural heritage, especially the useful taboos.