Book of common Prayers: The writer was convicted of Heresy

The first Protestant archbishop of Canterbury 1533–56, adviser to the English kings Henry VIII and Edward VI. As archbishop, he put the English Bible in parish churches, drew up the Book of Common Prayer, and composed a litany that remains in use today. Denounced by the Catholic queen Mary I for promoting Protestantism, he was convicted of heresy and burned at the stake. We talk about a man highly placed in life but ended up a grain of wheat; Thomas Cranmer, born July 2, 1489, Aslacton, Nottinghamshire, England—died March 21, 1556, Oxford. 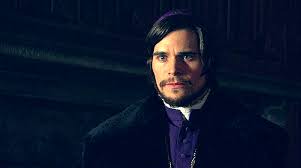 His parents were minor gentry. As his father only had enough land to give his eldest son, Thomas and his younger brother joined the clergy. Cranmer was given a fellowship at Jesus College, Cambridge in 1510, which he lost when he married the daughter of a local tavern-keeper. She died in childbirth, at which point he was re-accepted by the college and devoted himself to study. He took holy orders in 1523. Then, Cranmer received his bachelor and master’s degrees from Cambridge in logic, classical literature and philosophy. From there, he studied theology, earned ordination by 1520 and obtained a Doctor of Divinity degree by 1526. the first Protestant Archbishop of Canterbury from 1533 to 1555 and was one of the prime architects of the English Reformation during the reigns of Henry VIII of England 1509-1547 and Edward VI of England 1547-1553. Cranmer oversaw such reforms as conducting services in English instead of Latin, removing altars and iconography from churches, and closing down the monasteries. The archbishop also wrote and introduced a new and influential Book of Common Prayer. Thomas Cranmer duly annulled Henry’s marriage on 23 May 1533. The Act of Succession 30 April 1534 declared Catherine’s daughter Mary illegitimate. Before these momentous decisions, Cranmer had presided over the secret marriage of Henry to Anne Boleyn on 25 January 1533. Unfortunately, Anne would soon fall out favour with the king. Three failed pregnancies and an increasingly stormy relationship between the two led to Henry looking elsewhere for an heir. When the treatise was finished, Cranmer was called upon to defend its argument before the Universities of Oxford and Cambridge; but in the end the debates, which on the whole endorsed his position, took place in his absence. He had already been sent to plead the cause before a more powerful if not a higher tribunal. An embassy, with the earl of Wiltshire at its head, was dispatched to Rome in 1530, and Cranmer was an important member of it. He was received by the pope with marked courtesy and was appointed grand penitentiary of England, but his argument, if discussed, did not lead to any practical decision of the divorce question. In 1532 he was sent to Germany, officially as ambassador to the emperor Charles V but with instructions to establish contact with the Lutheran princes.

The king’s eye was caught by another lady-in-waiting, one Jane Seymour. Anne was accused of adultery, and the marriage was annulled by Cranmer on 17 May 1536. Anne was imprisoned in the Tower of London and then executed on 19 May 1536. Henry wasted no time at all and married Jane Seymour on 30 May. Jane did finally give the king a legitimate son, Edward, born on 12 October 1537, but she herself died from complications soon after the birth. Edward VI became king in 1547 when he was just nine years old. Edward was raised Protestant, so the Church of England under Cranmer’s leadership flourished. When Edward died at age 15 in 1553, Henry VIII’s oldest child, Mary, became Queen, and she aggressively reinstated Roman Catholicism until her death in 1558.

Mary’s regime tried Cranmer and other English Protestants for treason. They were then found guilty, and sentenced to death after Edward VI's death. Cranmer supported Lady Jane Grey as successor. Her nine-day reign was followed by the Roman Catholic Mary I, who tried him for treason. After a long trial and imprisonment, he was forced to proclaim to the public his error in the support of Protestantism, an act designed to discourage followers of the religion. Despite this, Cranmer was sentenced to be burnt to death in Oxford on 21 March 1556. He dramatically stuck his right hand, with which he had signed his recantation, into the fire first.