Why Canaan Was Cursed Even Though It Was Ham Who Sinned. (Genesis 9:24–25)

By Adexterous (self media writer) | 6 months ago

Soon after the flood in Genesis chapter nine, Noah and his family, comprising of his wife, his three sons, Shem, Ham and Japheth and their wives, started out a new life to continue the human generations. He became a vineyard owner, and produced different farm fruits, especially the grapevines or wine products.

Later Noah, consequent upon the abundance of his farm produce got drunk from the wine from his vineyard and got himself naked in his tent. So when Ham saw his father lying down naked in the tent he went to tell it to his brothers and did nothing to cover his father's nakedness. However, his brothers, Shem and Japheth, took a piece of cloth and walked with their backs toward their father to cover his nakedness.

Now when Noah awoke from his drunkenness, he did something that seemed somewhat irrational. He said, “Cursed be Canaan! A servant of servants shall he be to his brothers.” Noah cursed Canaan the last born of Ham, while it was Ham who had sinned. Why was such story recorded to teach a moral lesson? 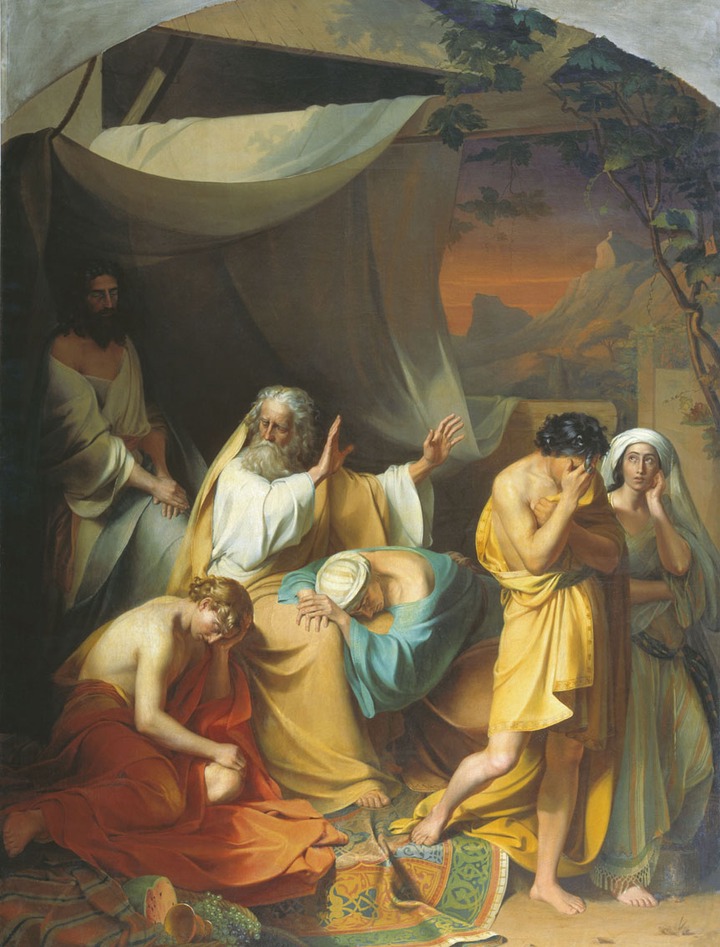 The interesting moral lessons that the Bible teaches from this story are as follows:

1. Each character of the Bible stories are allegories and representative of heavenly and spiritual character in people.

2. Ham was a representation of or used to signify a person who tried to worship God. Each act and character was an offering to God. So, because Ham saw the nakedness of his father and did not cover it, it represents the character of someone who sees the weakness of his leader and exposes it to the public instead of treating it well and learning from it.

3. Canaan, being a child of Ham, means that Ham's character did not give birth to a blessed child or produce a good fruit. To see the weakness of one's leader, neighbour or elders and trivialize it instead of treating it properly means that the fruit that Ham produced was cursed. That was why it was written, "cursed be Canaan", since the bearing of fruits by a tree is a figurative language for child bearing in humans.

This is also why Jesus taught about the fruit of the Spirit as the true definition or description of a person. He said, " by their fruit, you shall know them. Ham produced a bad fruit, and so the Bible described his negative character with Noah cursing his Canaan.