Nigerian Igbo People And The Misconception About Ekwensu (the Biblical Satan).

By FrankChukwu (self media writer) | 23 days ago

Every year in Osomari, a certain festival was celebrated in honor of Iyase, the Iyase festival is always celebrated from the Inwala lineage of the town. 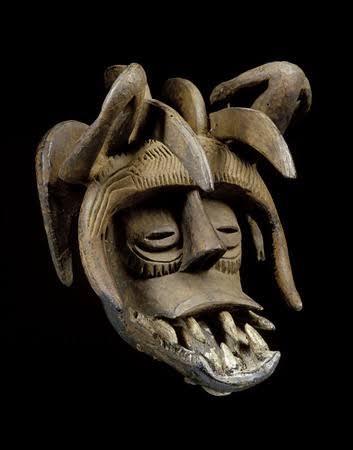 The first Iyase was Alaguda, a man well known for his advanced hunting skills and powerful warrior status. After he was made Iyase, a festival was celebrated in honor of his achievements, three small Ikengas ( a war deity in Igbo land) were made and a larger one was also made; the smaller Ikenga was given to Alaguda and his family, making him the war leader of the community, the larger Ikenga was kept in the community shrine and was venerated as the god of war by the Osomari people.

Every year during the Iyase festival, all Igbo title holders would go to the shrine of the Ikenga, to offer sacrifices, the festival that was celebrated was Ogba Ekwensu in honor of Ekwensu, whom the Ikengas represented.

Prior to the spread of Christianity, Ekwensu was an Igbo deity dedicated to war, bargains, vengeance, restitution and land deals. It was a deity that also had the reputation of trickery. It was represented with horns and very frightening figure, enough to command fear amongst enemies. 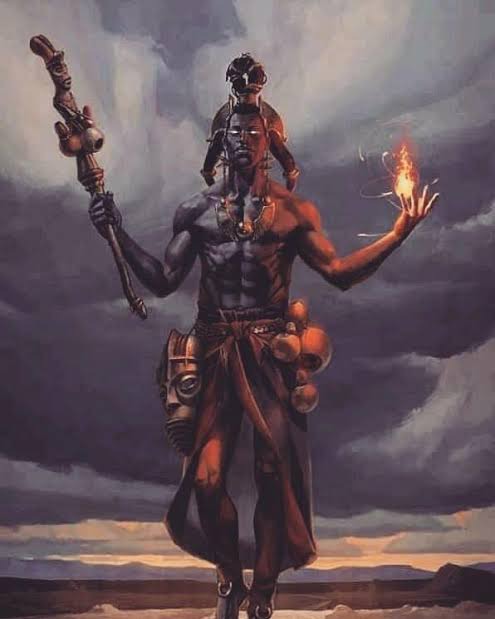 The cult of Ekwensu was established in Igbo communities with a known history of constant wars and communal clashes. People with violent temperaments are said to be possessed by Ekwensu, in terms of peace, such characters were destructive, but in times of war, it was harnessed and channeled into the battlefield. The Ekwensu is more exemplified in the mgbadike war dance of northern Igbo.

The misconception we have today about Ekwensu and Satan, is as a result of the influx of the colonial masters. In their attempt to convert the Igbos and make them believe that Satan exists (which was contrary to the belief of the Igbo people), the white men insisted that Ekwensu was Satan. The fierce and scary nature of Ekwensu, meant that it was a perfect candidate for the missionaries, in the Igbo translation of the Bible for the proverbial Satan.

It is worthy of note that the Igbo people never had an indigenous word for Satan, and the teachings of the British missionaries brought the misconceptions of today, where Satan is called Ekwensu in Igbo.