Ten Facts About Angels That You Will Certainly Love Reading

Ten Facts About Angels That You Will Certain Enjoy Reading. Let's talk about angels, one of the most fascinating beings in folklore, religion, and in our realities in general. Angels are quite fascinating not just because of their description, but also because of the fact they have instilled hope in millions of people. Even without seeing them, the belief that they are somewhere, watching us, makes our day more enjoyable and sometimes more fulfilling.

Here are a few facts about our favorite beings:

We have to understand that angels actually exist at least as regards religion and belief, we live in a world where angels are perhaps as real as the very air that we breathe. Some say angels are not particularly real but they live in our hearts giving us hope. However, I say that angels exist before mankind was created and have been guardians of God's creation.

For those who believe in the contents of all holy books, they share the same belief that we have, that angels are real and they are close to God as they are also close to mankind. Take them as a "medium, " playing the role of messenger for both sides but also as a guardian to humanity.

2. Immediately after They Were Created, the Angels Were Tested by God.

Although most do not believe or even know this but according to the consensus of several theologians, angels were given a test in heaven and this happened immediately after they were created. Some theologians believe that God tested the angels in heaven with the information of his incarnation as a human who they would have to worship and some did not take it well. However, some believe that God tested the angels exactly as the Quran said: they believe that God tested the angels with the creation of the first man, Adam. Who after being created caused a stir within the angelic rank. According to the Quran, angels were asked to bow to Adam but some refused. Perhaps this is to prepare them for the fact that they would soon have to worship God in human form (Jesus). Well, we all know how that test went.

3. Angels are actually not superior to Humanity.

Well, from the fact above, one can see clearly that angels were asked to bow to Adam. This is a sign of superiority, a gift given to Man by God. The Bible did say that the saints will judge angels. I mean you can only judge who you are superior too right? So

I know because of how powerful they described to be, we are often led to believe that they are superior to us, almost like some sort of second to God but according to the hierarchy of beings, God comes first, then mankind, angels, and finally demons.

4. Hollywood Has Lied to You about Angels

Hollywood is notorious for misinformation on angels. They often depict angels as puny, feminine, and winged. Sometimes they are depicted as naked babies.

Angels are spiritual beings and do not have matter. Therefore, they do not have bodies on which wings could attach.

What do they actually look like? Nothing. They are pure spirits, and we cannot see them. God can choose to allow us to see them, however. They could appear to be human or a winged creature, but they are almost always frightening to behold. Here is where things get even more confusing: This is a flawed way of looking at this. Angels do not have a matter, so they do not technically move at all. They are spiritual and not subject to the laws of physics as we are. However, when God wills it, they can and do appear in our world and may appear as though they

6. Angels Have Their Own Taxonomy

Remember back in school when they made you memorize King Phillip Climbs Over Fences Gathering Sticks so you could remember the classification system for living organisms?

Similarly, angels have their own taxonomical structure. They are organized into three hierarchies and nine choirs. Each hierarchy contains three choirs. The hierarchies do not have cool names, but the nine choirs do.

There may be more groupings within these groups, but they have not been revealed to us.

7. Each Angel Is the Sole Member of His Own Species

The simplest way of explaining and proving this is to say, “St. Thomas Aquinas said it, and you cannot argue with Aquinas.” 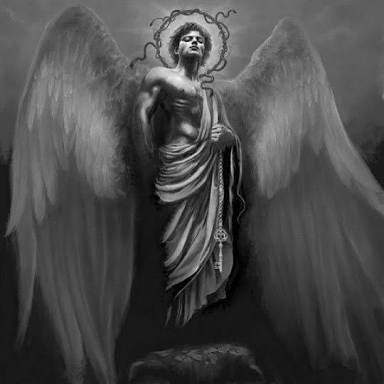 “In things of one species, there is no such thing as “first” and “second” [prius et posterius], as the Philosopher says (Metaph. iii, text 2). But in the angels even of the one order, there are first, middle, and last, as Dionysius says (Hier. Ang. x). Therefore the angels are not of the same species…For such things as agree in species but differ in number, agree in form, but are distinguished materially. If therefore, the angels are not composed of matter and form, as was said above (Article 2), it follows that it is impossible for two angels to be of one species…” – Summa Theologica P1, Q50, A4

7. You Have a Guardian Angel

The Creator of the universe gave us an angel so that we would never be alone. Our angels are to protect us, guide us, and lead us into Heaven. It is like having your own personal Batman following you around for protection and to tell you when you should not do something.

8. Guardian Angels Are Not Recycled

The Infinite Being (God) created a being specifically for your benefit. Your guardian angel was created to get you to Heaven.

When is the last time you talked to your angel?

9. You Are Not Allowed to Name Your Guardian Angel

“The practice of assigning names to the Holy Angels should be discouraged, except in the cases of Gabriel, Raphael, and Michael whose names are contained in Holy Scripture.” – Directory on Popular Piety and the Liturgy, 217

To name something is to assume authority/control over them. Angels are not like pets or children. We are not given power over our guardian angels.

Could your guardian angel reveal his name to you in prayer? Yes, but a demon could also attempt to trick you by giving you a name for your angel that is not your angel’s name.

10. No One Knows You Better, nor Loves You More than Your Guardian Angel