By MegaMaster (self media writer) | 1 month ago 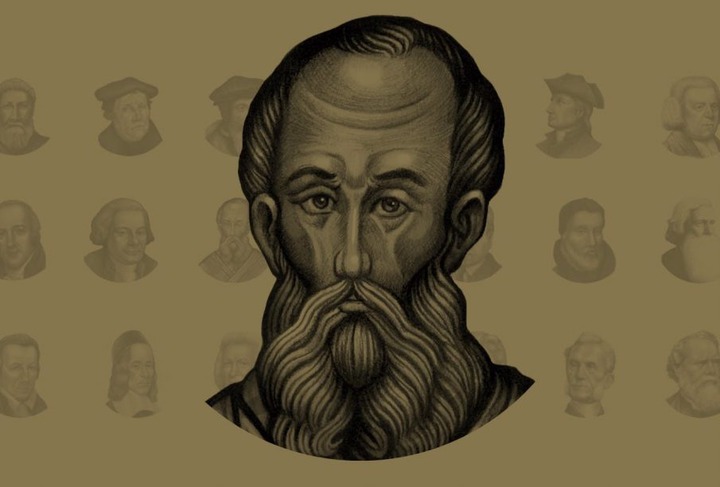 It is sad that many Africans believe that Christianity is a foreign religion or that it was founded or constructed primarily by white people.

This erroneous belief has made some people to reject the gospel before they encountered it, not knowing that people Black People like Athanasius were part of the pillars of Christianity many years ago.

Around 300 years after Christ, wolves had entered the fellowship seeking to devour the sheep; teaching false things about Jesus–contending that he was not truly God; that he was a created being.

Around this time was born in an obscure village along the Nile River in modern-day Egypt a champion whom God would call to defend the truth. They named him Athanasius, and in the deserts of Africa, he learned discipline in spiritual things.

By his early 30s, he had already written one of the most important works of theology in the early church: On the Incarnation of the Word, where he taught the importance of God coming in human flesh in the incarnation, the taking on of human nature and flesh by Jesus Christ, the Word of God.

Around this time, he was also secretary for Alexander who was the bishop of Alexandria in northeast Africa. With Alexander, Athanasius attended the theological discussions of the Council of Nicea, which in 325 AD, rebuked the teachings of a man named Arius, who taught that Jesus was a created being lower than God.

In 328, at the age of 35 or so, Alexandar died, and Athanasius reluctantly became bishop of Alexandria in Alexander’s place. Around that time, the heresy of Arius and lies about Jesus began to grow and influence the church.

Athanasius fought against this heresy, and his opponents mockingly called him “the black dwarf”, because he was very short and very dark-skinned.

Athanasius stood his ground, being exiled five different times for his convictions. The Latin phrase “Athanasius contra mundum”—Athanasius against the world—was coined to describe his fight. He fought valiantly his whole life to defend the truth, and for 1700 years the church has benefited from his bravery.

Additionally, he was credited as the compiler of the New Testament. During Athanasius’s first year permanently back in Alexandria, he sent his annual letter to the churches in his diocese, called a festal letter. Such letters were used to fix the dates of festivals such as Lent and Easter, and to discuss matters of general interest. In this letter, Athanasius listed what he believed were the books that should constitute the New Testament.

“In these [27 writings] alone the teaching of godliness is proclaimed,” he wrote. “No one may add to them, and nothing may be taken away from them.”

Though other such lists had been and would still be proposed, it is Athanasius’s list that the church eventually adopted, and it is the one we use to this day.

To give further background, the 27 books of the New Testament are the Scriptures of the church. They are understood to be written by the apostles or their close associates, such as Luke and Mark. Along with the Old Testament, they comprise the official canon1 of the church.

But in the early centuries of the church, before the New Testament canon (authoritative list of scriptural writings) had been established, there was a significant variety of opinions among Christian churches about what writings should be considered authoritative.

Because of this, some Christian leaders were concerned that heretical writings might carry an undeserved authority. For example, a writing called the Gospel of Peter, which was a product of a Gnostic group that claimed to possess a secret knowledge of God, circulated in parts of the world in the early centuries.

Some leaders also doubted the apostolic authority of writings such as the book of Revelation and the second letter of Peter. The question about which writings should be considered authoritative for the whole church became more and more pressing as influential leaders began to form lists of their own to support their heretical teachings. Marcion, for example, teaching in the middle second century, rejected the Old Testament and most of what is today our New Testament, creating his own short version of just a few New Testament writings.

Other heretics wrote compositions that claimed to record the acts of apostolic figures. Since some claimed the status of sacred Scripture for these writings, it’s not surprising that this created confusion in the church.

Athanasius, Bishop of Alexandria, addressed this problem on Jan. 7, A.D. 367, when he wrote his annual Easter letter to his churches.2 It was a landmark letter because it contained the same list of 27 books of the New Testament that are found in our Bibles today. So far as we know, Athanasius was the first Christian leader to compile a list of New Testament books exactly as we know them today. Bruce Metzger, a New Testament scholar, wrote, “The year 367 marks, thus, the first time that the scope of the New Testament canon is declared to be exactly the twenty-seven books accepted today as canonical.”3

Here are portions of Athanasius’ letter, in which he lists the books of the Old and New Testaments that he considered authoritative. The English translation is the work of the late F.F. Bruce:

“Inasmuch as some have taken in hand to draw up for themselves an arrangement of the so-called apocryphal books and to intersperse them with the divinely inspired scripture, concerning which we have been fully persuaded, even as those who from the beginning were eyewitnesses and ministers of the word delivered it to the fathers: it has seemed good to me also, having been stimulated thereto by true brethren, to set forth in order the books which are included in the canon and have been delivered to us with accreditation that they are divine”.

Let no one add to these or take anything from them…. No mention is to be made of the apocryphal works. They are the invention of heretics, who write according to their own will, and gratuitously assign and add to them dates so that, offering them as ancient writings, they may have an excuse for leading the simple astray”.