The ranks, kinds of people found in hell fire and why the Prophet (SAW) saw more women than men.

By Jiddah__mih (self media writer) | 1 year ago

Dear sisters, appreciate the efforts of your husband and people around you. Please do not be ungreatful.

The Prophet (SAW) said: i was shown hell-fire and that the majority of it's dwellers(people in there) were women who were ungreatful.

Ibn Abbas then asked: were they ungreatful to Allah?

The Prophet then replied: They were ungreatful to their husbands and were ungreatful to the favours and good deeds done to them. If you have been kind,good or benevolent to her and then she sees something in you which she does not like about you,she will say or claim : I HAVE NEVER RECEIVED ANYTHING GOOD FROM YOU.(Sahih Bukhari tradition number 1052).

This is the type of women he saw in hell-fire. This Hadith shows us the immense importance of gratitude to Allah and to humans as well not just to the husband. You should always have an attitude for gratitude no matter how small or little a thing is done for you. You never can tell how difficult it was for the person to achieve that for you.

Allah says in the Hold Qur'an 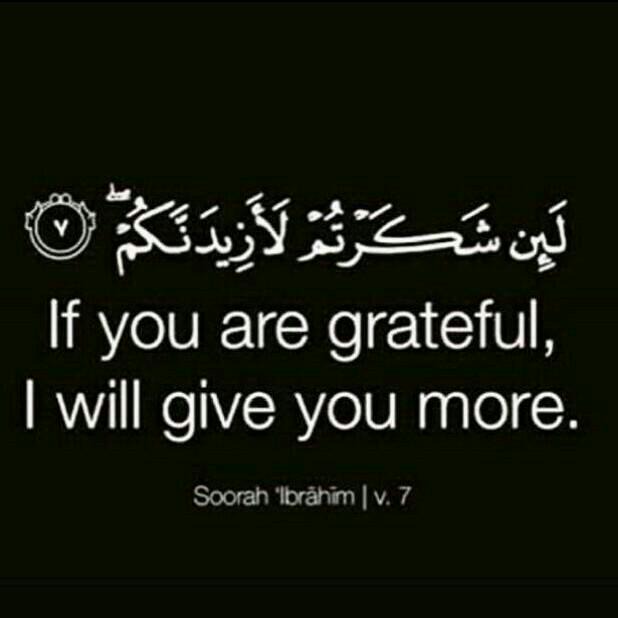 The gates if he'll are structured in descending form(one gate below the other). This is opposite to that of paradise which have one have one gate above the other (ascending). The distance between the gates is 500 years prepared for iblees(shaytan or devil) and his followers. The gates are as follows ranking from the lowest to the highest.

1. Jahannam: This gate is called Jahanam because the fire will scorch the faces of the men and women who enter it. Their faces will be sullen and glum. It will eat away their flesh. This gate is meant for the hypocrites.

2. Ladha: This level is called ladha because the fire will eat away their body parts one by one both internally and externally. It will invite those who abandoned Islamic monotheism and turned away from that which the Prophet (SAW) came with.

3. Saqar: This gate is called saqar because it will eat up the flesh of the human being and not his bones. But listen to what Allah mentioned about those who will enter this particular level of hell. So there are a total of four things that they were guilty of. These four things are;

~They did not offer their salat(prayers). Abandoning the salat is kufr(disbelief). They refused to give Allah His wright.

~ They did not feed the poor. They refuse to benefit the needy from their wealth in all levels even if it's with a date fruit as the Prophet instructed. 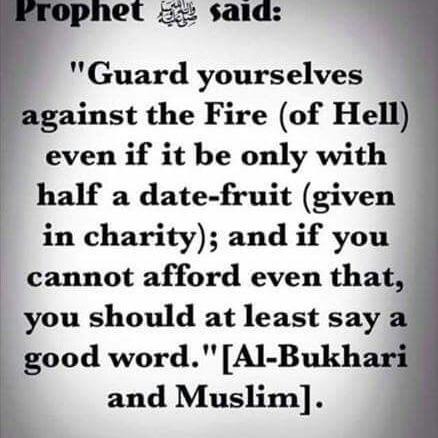 ~ They used to talk vainly with those who talk in vain. They used to indulge in falsehood and used to argue unjustly against the Truth.

~ They used to deny and reject the day of recompense and this is the end result of delving into falsehood.

5.Jaheem: This gate is called so because it is actually one big hkt coal that is bigger than lowest heaven as we know it. And here are the crimes of those who enter this gate committed.

~ They didn't have correct belief in Allah.  They have a very nonchalant approach towards the greatest right of Allah towards us. Which is (Tauheed) the right to be worshipped alone without partners.

~ They refused to give the creation their rights which is the most important right after that of Allah. They didn't encourage the feeding of the poor.

6. Sa'eer: This level is called so because it is constantly Kindling. It never ceased to Kindle from the moment it was created. In it are 300 castles and in each castle are 300 houses and in each house, there are 300 different punishments. In this level, there are scorpions,snakes,chains and shackles. There is also the Pit of Agony which is incomparable and unparalleled to any other type of punishment in hell. When the door of the lit is opened,the people of hell will grieve seriously!!.

7. Al-Haawiyah: This is he highest level of hell. It is called Al-Haawiyah because whoever enters this level will never come out! Allah said that the fire will embrace him like a mother embraces her child. In this level of hell, there is a well that will let out a breeze of fire and when this breeze comes out,it will be so hot and powerful that all of the fires in other levels of hell will seek refuge from Allah against it. In this level, there is a mountain made of fire and he enemies of Allah would be laid on their faces and their hands tied to their necks and their necks tied to their feet and over them will stand the zabaaniyah(angels that guard this particular level of hell). The hands of the zabaaniyah are like irons and when they strike one of the dwellers of hell one time with their hands,they let out a scream so loud that both the jinn and mankind can hear. Allahu Akbar.

May Allah make us among the dwellers of paradise. Ameen.

Do share this knowledge. It would be of help to those going astray. In Sha Allah.

Content created and supplied by: Jiddah__mih (via Opera News )